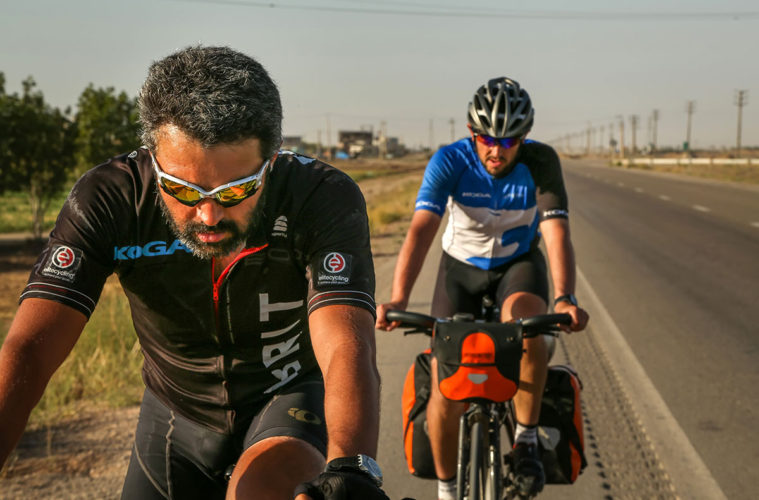 Race to the End of the Earth

Many have been there; the City career becomes overwhelming and dark moods begin to take over. You find yourself on the treadmill of getting on the tube, going to work, getting back on the tube and repeating over and over. Most opt for a holiday or weekend away to help deal with things, but Londoner Reza Pakravan decided instead to cycle the length of the world.

With depression looming, Reza chose to break away from his comfortable life in London as a financial analyst and he and his friend Steve set off from the most northerly point on mainland Europe to cycle the 11,000 miles to the other end of the planet. Their expedition becomes a race against the clock as they attempt to complete the trip in a world record time, but are faced with challenges that even the most seasoned adventurer could never have predicted…

From fighting thieves in Egypt and being chased by bikers in Iran to staring down the barrel of a militia’s gun and battling malaria from a hospital bed in Nairobi, Reza’s exploits are beyond any adventurer’s wildest dreams and darkest nightmares. Just as testing as these tangible obstacles are the mental hurdles faced by Reza as he parts ways with his teammate Steve, a consequence of the pair’s differing views on the potential dangers of the notorious Black Widows operating in Dagestan, and battles with the psychological demons he has to confront when the record begins to slide out of reach.

Kapp to Cape, launched on Amazon Prime this autumn (having already been aired on 14 networks around the world, to high acclaim), explores aspects of adventure travel that often go unspoken. From the volatile relationship formed with his teammate to the inner turmoil between the athlete, with his immense drive to set a record, and the explorer wanting to stop pedalling and discover what lies beyond the tarmac, Reza’s emotional battles are laid bare. 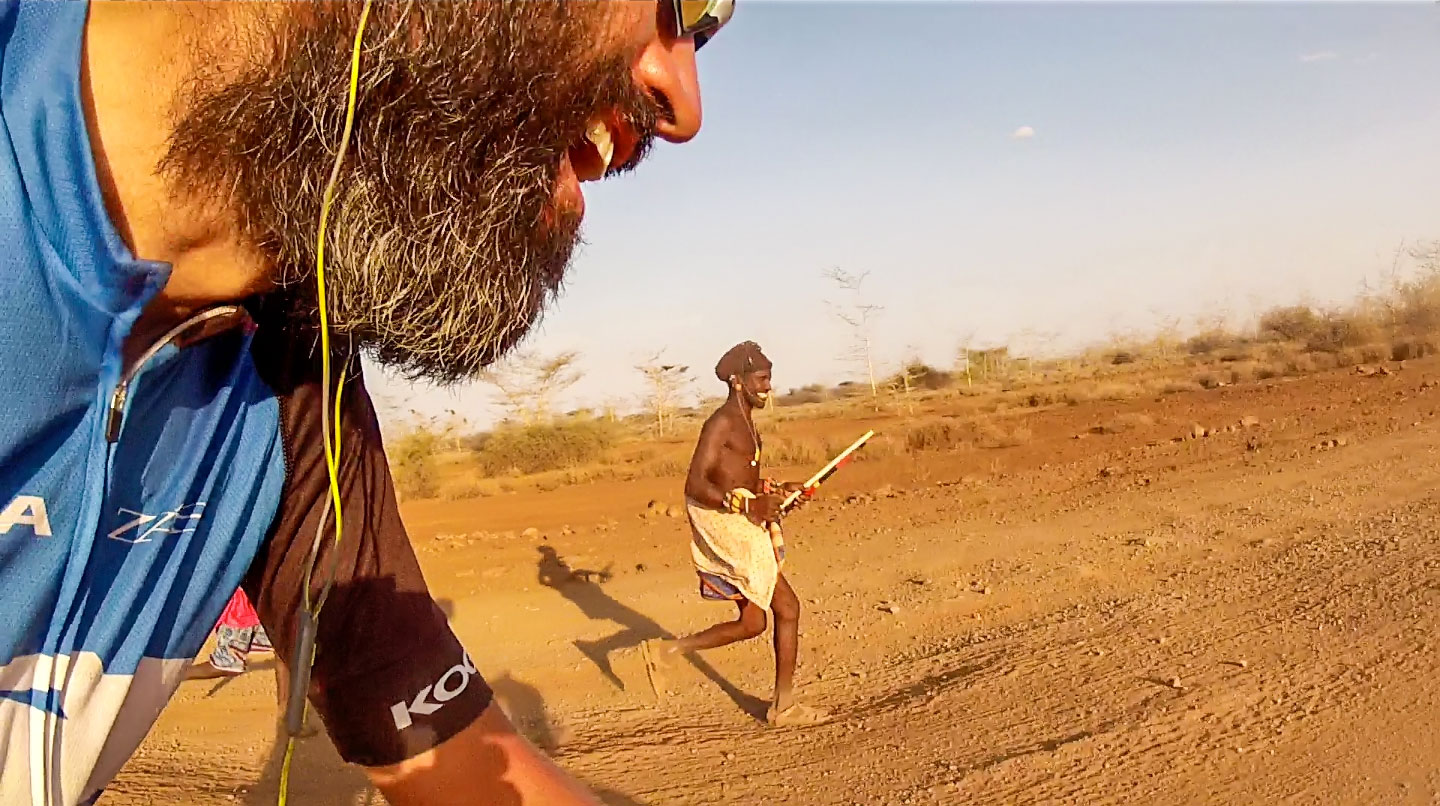 These challenges are punctuated with moments of immense and uplifting positivity however, which help you understand, at least in part, why Reza (who already holds the World Record for cycling the Sahara) gets on his bike and turns the pedals as he does. Through unspoken conversations with children in Ethiopia, unexpected donations from departed friends and the brotherly bond that ultimately forms with Steve, the viewer is left in little doubt that this won’t be Reza’s last adventure. 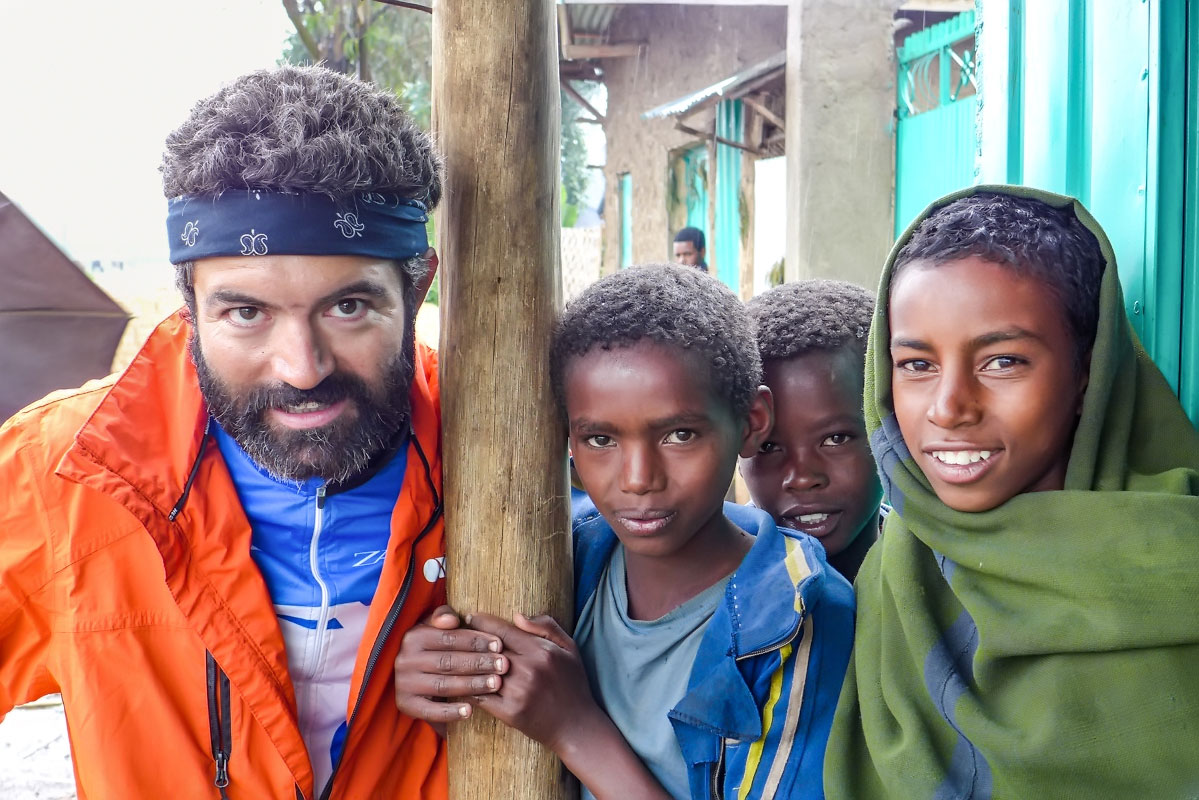 This is the intensely personal story of one man’s mission to create a more positive, purposeful life, and the compelling account of the epic journey he took to get there.

Available as a four-part series on Amazon Prime. You can also read about Reza’s epic adventure (available in both paperback and digital formats) on Amazon.

Reza is donating all his income from the series to the homelessness charity Crisis. It’s hard to protect yourself from the coronavirus outbreak when you’re homeless. People who are sleeping rough are more likely to suffer from respiratory conditions. They can’t wash their hands. And if someone is sleeping rough or in a crowded night shelter, it’s impossible to self-isolate. Donations will help homeless services stay open and protect people who need Crisis most.

Reza Pakravan is an explorer, filmmaker and writer. He is a fellow of the Royal Geographical Society and a recipient of the 2019 Explorer Award from the Scientific Exploration Society.

His documentaries, talks and books have taken audiences on his epic journeys to some of the most remote corners of the world. He has presented and produced prime time TV series, aired worldwide, on networks such as BBC, Channel 4, Fox CBC and Aljazeera.

He recently completed an epic journey to become the first person in modern history to travel the full length of Africa from West to East, via the Sahel region.

Reza’s constant thirst for adventure has earned him the Guinness World Record for crossing the Sahara Desert by bicycle. Pushing his ultra-endurance limits further, he cycled length of the planet, 11,000-miles from north to south, in the record time of 102 days.

Much of Reza’s recent work has focused on the issues faced by remote, indigenous people.  He is currently a featured contributor to The Outdoor Journal, Travel Africa Magazine and an honorary member of the Scientific Exploration Society.

Reza is also patron of the charity SEED Madagascar (www.madagascar.co.uk) and has received a prestigious Lloyd’s Charity Award for his fundraising work for building schools in Madagascar.

To find out more about Reza visit www.rezapakravan.com