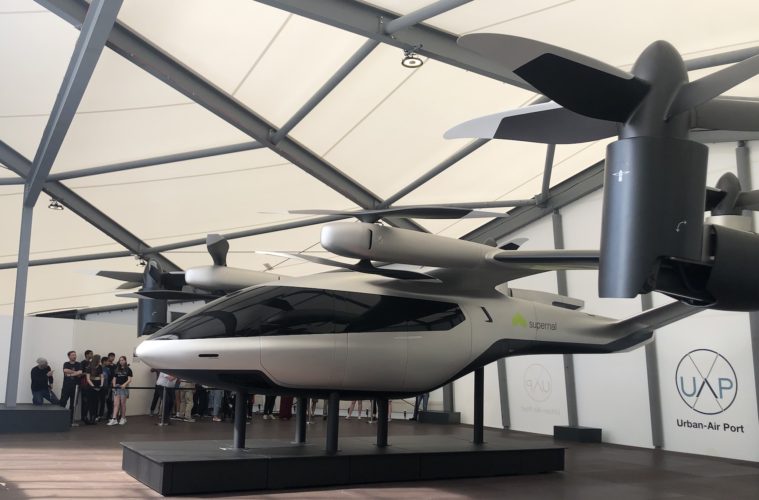 Urban-Air Port and flying taxis: the future of travel tech?

The tech industry, it seems, is the subject of unrelenting success in recent years. The world of tech has entered a kind of renaissance in its growing focus on sustainability, as climate deadlines approach at alarming rates. And as such, you can pretty much guarantee there’s always somebody behind the scenes working on some stellar new piece of technology. And the work of Urban-Air Port (UAP) certainly fits the label of exciting new tech, perhaps even world-changing. Hailed as the birth of the flying taxi.

Back in April, Urban-Air Port unveiled their long-awaited project, which could change life as we know it. The final project was showcased in Coventry, a city formerly rewarded the title ‘city of culture’. And if once thing’s for sure, it’s that UAP’s unveiling is guaranteed to up Coventry’s culture-ante.

These electric vehicles will, hopefully, be multi-purpose. They’ve been designed to carry cargo, and eventually people, on short trips, like a flying taxi service. Pretty cool, huh?

Naturally, an electric-vehicle necessitates a charging point. Which is where Coventry steps in. As the ‘centre point’ of England, Coventry is the most convenient location for the UAP’s hub. As a kind of take-off, landing and charging point.

Ricky Sandhu, the founder and CEO, was inspired to create UAP to develop “smarter, cleaner and greener ways to move around our cities.” With the UAP, you can travel as the crow flies, which is undisputedly much quicker. It cuts out hinderences such as traffic, roads and fields. This innovation will undoubtedly be beneficial to the population, as cities grow more congested and polluted by the year.

Currently, a hydrogen generator is the power source, which produces no emissions. Although it does still have some links to carbon intensity. But Sandhu hopes to eliminate this carbon-connection moving forward.

There are also plans to use solar powers in the future. These will continue the theme of clean energy use, but also play an integral part in protecting the national grid. A concern amongst many, particularly as electric cars appear to be growing in popularity.

Methods of use – UAP

UAP has had interest from various kinds of businesses and people all over the world. From transporting holiday-travellers from their city centre to a nearby airport, to aiding hospitals and the military in emergencies, to helping improve food import links to underdeveloped and infrastructure-lacking locations.

While the company has seen considerable progress as of late, there’s still some way to go. Establishing a viable market for short flight journeys requires some complex planning. To make flying locally safe and possible, it’s going to require work. We will need an entirely new infrastructure. Developing and implementing such an infrastructure will need to take into consideration other flying vehicles, as well as the cities they operate in before they can be rolled out on a national and international scale.

When will we see a so-called flying taxi in operation?

The UAP is looking like a promising innovation. If it all goes smoothly, we could see this innovation operating as early as 2025. So in the meantime, watch this space.