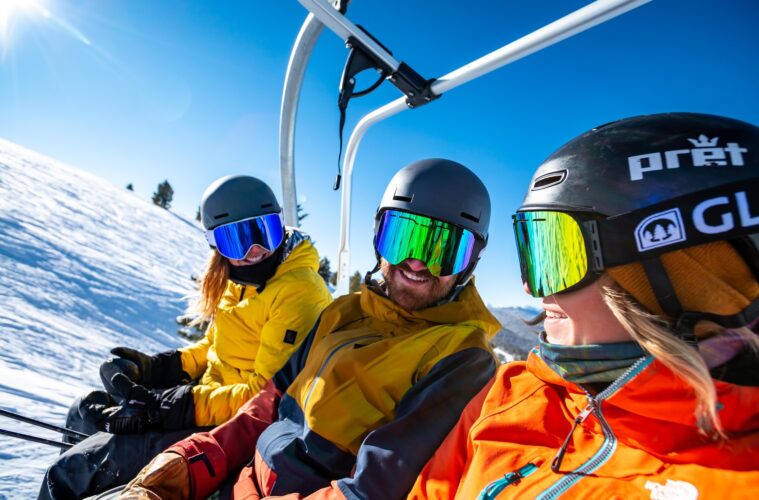 If you live life on the edge and you are in constant search for your next adrenaline-filled adventure, look no further than the ideas below. Whether you dream of skiing the French slopes or finding your speed while motorbiking on the Isle of Man, there is a holiday out there for everyone, no matter what time of year it is.

Located within the Paradiski ski area, Les Arcs is one of Europe’s largest and most well-connected ski resorts. No matter your skill level, you’ll find a slope to match your abilities thanks to snow-sure pistes that measure in at around 2000m. When you’re not hitting the slopes, you can benefit from the vibrant atmosphere of Les Arcs, with plenty of bars and restaurants to cater to everyone. As the night draws in, there are plenty of nightclubs to let loose and release some adrenaline. To search for Les Arcs ski holidays, Read more here.

Diving with Sharks in Fiji

Sharks are magnificent creatures often misunderstood by the wider population as vicious creatures, but this isn’t the case. Despite being brilliant predators, they’re not interested in humans unless they flap about looking; humans aren’t part of their natural diet. However, the terrifying connotations we attach to sharks make them the perfect diving excursion for any adrenaline junky. One of the best places to dive with sharks is the Beqa Lagoon in Fiji, which is home to eight different species of shark.

There are plenty of fantastic paragliding destinations in the world but nothing compares to Babadağ mountain in Fethiye, Turkey, which is home to the annual Olüdeniz Air Games. Head up the mountain and gear up ready to glide over one of Europe’s most beautiful lagoons before landing right on the beach. Paragliding is just one adrenaline-filled adventure in Turkey – hire a quad bike once you’re finished up and explore the mountainous terrain.

“Surf’s up dude!” Head over to Hawaii for a much-needed dose of sunshine and find your adrenaline out on the waves. Pe’ahi wave translates to ‘jaws’, so it’s no surprise that it’s world-renowned for some of the highest waves around. To reach the 120ft wave brakes, you’ll need a tow to get out. To get used to the waters, we recommend taking a diving lesson or two.

If adventure takes you to the States, head to California’s Lake Tahoe and climb the crags of Big Chief. At 250ft, this magnificent wall offers around 100 routes to explore. If you finish up a day of climbing, taking in the spectacular views, saddle up and enjoy the expansive mountain bike trails.

Located off the coast of Belize, the Great Blue Hole is a unique UNESCO World Heritage Site that’s over 100m deep. Beneath the dark blue surface of the circular sinkhole, divers are plunged into complete darkness as they embark on a truly adrenaline-pumped adventure. Once you’re finished exploring the sinkhole, there’s plenty to see in Belize.

If you’re trying to get your body pumping while enjoying magnificent views, head to Mont Ventoux and tackle one of the toughest climbs of the cycling world. Once your reach the summit of the “Beast of Provence”, you can be exposed to winds of up to 200mph. Unfortunately, this amazing summit has claimed lives, including cyclist Tom Simpson, so make sure you’re well-prepared before setting off and act sensibly as you near the top.

The Isle of Man Tourist Trophy (TT) is renowned for its danger, claiming the lives of 265 riders so far. Outside of the TT race, adrenaline-seeking riders can explore the roads all year round, allowing the route to be explored at a more peaceful rate. Despite the deep-rooted motorbike history of the Isle of Man, you will find some of the toughest routes over in Austria.

Alaska and snow go hand in hand, so why not explore the Iditarod Trail Sled Dog route? In some cases, this arduous trail takes a fortnight thanks to its -73C temperatures and powerful winds. If you’re going to take on this challenge, we recommend putting plenty of time into preparation and asking for all the help you need beforehand. Once you’re finished with the trail, make sure you spend time exploring some of the other amazing things to do in Alaska.

In every corner of the map, there is an adventure waiting to be tackled by eager adrenaline junkies. No matter what climate you are searching for, you will find a challenge waiting to be mastered. What are you waiting for? Gear up and step outside on the journey of a lifetime. Enjoy!