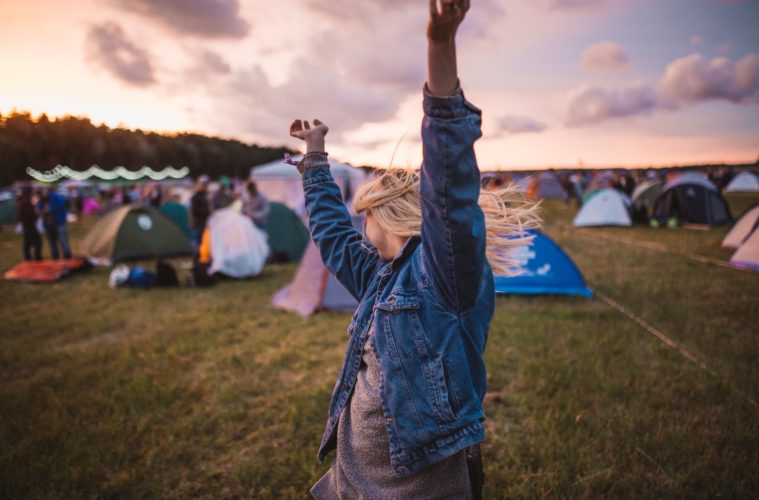 Summer is upon us, which means the best season is just around the corner for music buffs and party goers. In the summer months, a multitude of British festivals open their doors to the rest of the population. And with it, the quintessential UK summer feeling is reborn.

British festivals are versatile and aplenty in the summer months, but the same names always make the most popular lists. We’re talking Glastonbury, Reading, & Leeds, Wireless, BST Hyde Park, Creamfields and more. Don’t get me wrong, they all have their own unique selling points – but what about the festivals we don’t hear about so much?

It can be easy to stick to what you know because it’s safe. However, it can also be fun to take a chance and change it up from time to time. So, in the spirit of embracing change, here’s some British festivals you may not have heard of.

Green Man festival is set in Wales’ gorgeous Brecon Beacons – not bad for a festival site huh? As the name would suggest, sustainable behaviour is at the heart of this festival. With all the usual green practices with additional efforts being made to ensure sustainability.

My favourite aspect of Green Man is how they handle the age-old dilemma of festivals. Namely, the field of disregarded tents afterwards. Green Man partner up with ‘Help Refugees’ and ‘Newport to Calais Aid Collective’ each year, who collect unwanted camping equipment and food from festival-goers to donate to refugees around the world. All you have to do is leave your unwanted items at one of their drop off points around the campsite and that’s it.

The line-up of this festival gives a chance to rising artists and appeals to those with a taste for authentic indie artists (not the mainstream indie kind).

Held in a privately owned woodland in Lincolnshire, this British music festival is another one for indie lovers but with a twist. In the heart of an abandoned eerie forest, The Lost Village site is brimming with the remains of a world gone by. Their taster video is admittedly…unsettling, but don’t let that put you off.

This festival works to entertain you all day, opening up workshops, restaurants and more as early as 9am. And when you’re ready, the music begins at 12 (and comedy acts too!)

With only a small capacity size, this event quickly becomes exclusive, as it sells out early on. This year’s line-up includes Tom Misch, Jamie XX and Bonobo. Although the site supply of tickets are already sold out, their resale site is now live if you want to try get your hands on some tickets.

Wilderness festival has a more varied approach to its entertainment supply. Still prioritising the music-centric nature of most festivals but also maintaining family-friendly atmosphere.

Boredom is pretty much impossible at this eclectic festival. From pottery classes to horse riding, there’s plenty fuel to keep kids entertained. And if you’re looking for a less hands-on form of entertainment, in addition to their music supply they also have talks from the likes of Russell Kane, podcast hosts of ‘The Guilty Feminist’, or even spoken-word poetry.

But if you’re really just there to get your boogie on, acts this year range from Jungle to Sophie Ellis-Bextor and David Morales. Plenty of choice for everyone!

Love trails fest is certainly unique, although admittedly probably best for those who are fans of physical activity. Essentially, love trails fest combines the typical features of a music festival with trail running (and other outdoor activities).

The trail paths are located on the coastal paths of the Gower Peninsula (yep, Wales again – its more beautiful than we give it credit for). They endeavour to make trail running fun and encourage runners to pace themselves rather than think about PBs.

And when you’re not running you can surf, paraglide, take a Wim Hoff-inspired ice bath and more. Not forgetting the classic display of live music acts too.

And last but by no means least, we have The Beat-Herder festival. First started in 2006, this festival has been growing in size ever since. At this festival, they put creativity and innovation at the forefront of everything they do.

The Beat-Header festival strikes to create an atmosphere of “unconditional love” and encourages people to be free-spirited and creative. And when you’re not creating, you can go dance your heart out to one of Hot Chip’s classic anthems or one of Annabel Fraser genre-defiant sets.

Every year they release a new fancy dress theme, putting a creative spin on the event in line with their values. If you’re interested, you can find this imaginative festival up North in Lancashire.

The festival scene is pretty expansive in the UK, all uniquely different and with awesome activities. So why not make this the summer you venture outside of your norm? You might just find a new favourite!