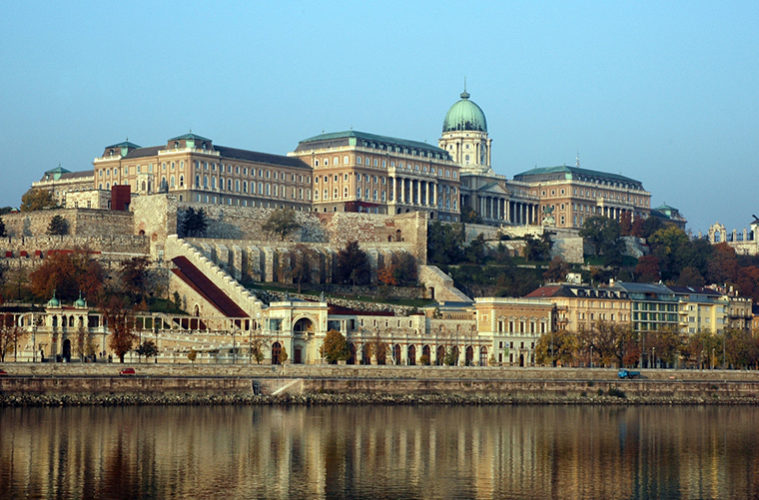 Another series in my short two day trips is Budapest!

I have heard great things about it, so I could not wait to finally land in the capital of Hungary. One of the larger cities I visited over the summer was Budapest. Where some cities were walk-able, Budapest definitely was not, and I also found its public transport to be the most confusing. I live near London so I thought any metro I encountered in Europe would be easy as pie. Not the case for Budapest.  They decided it would be a good idea to put the bus, metro, and tram routes all on one map. Not three small maps in one booklet, no, three maps overlaying each other, and this made it very difficult to read and tell which method of transport you were looking at. A river splits Budapest, actually making two cities, which causes more difficulty when navigating.

Public transport aside, Budapest is a must see.

We started the day at the Fisherman’s Bastion which is a terrace that overlooks the river Danube, and it was simply stunning. This was one of my favourite sights of the trip. The white stone of the terrace gave off this incredible blue haze in the afternoon and surrounds the beautiful Matthias church, which has an amazing mosaic roof. You can get fantastic views of the city here and is definitely worth going.

After we learnt about the Fisherman’s Bastion, we took a drive around the city, seeing the Budapest Opera House, the Széchenyi Thermal Baths and more. We didn’t get much of a walking tour in this city just because it is so big.

The main highlight of the day however was the evening activity. A river cruise on the Danube. WOW. One of the most spectacular things my eyes have witnessed is Budapest at night. The main buildings are light up gold. Google ‘Budapest Parliament at night’ and you will know what I mean. We got to take amazing pictures from an outdoor platform and, as a result, you can get great unobstructed views of the Parliament building, the Fisherman’s Bastion from a different view point, and Buda Castle. Besides the amazing sights we also had a three course buffet!! What more could you ask for. A river cruise on the Danube (preferably at night) you just have to do.

After the cruise, we had a range of options to choose from. Some people went off to ‘Sparty’ in the Budapest thermal baths, and others of us went to find some local bars. We found a great strip which ended in us going clubbing in a very large tent. Budapest nightlife is definitely not one to miss either.

We had a bit more going on in day two. Those of us who could handle our hangovers got up to start the day off with a House of Terror tour. Another country affected by the cold war was Budapest, and this museum went through the history of the communism regime in Hungary. The museum isn’t something that would normally be my first choice of visiting, nevertheless I am so glad I did.

After the museum tour, we went to see some more sights. We got up close to the Parliament building. You can do tours of the inside but we just walked around the outside. We were lucky enough to be in Budapest at the time of the Red Bull Air Races, which we got to view over the Danube river. This was pretty cool and just luck of timing rather than something you can normally do.

We then walked to St Stephen’s Basilica and went up the tower. Some more amazing architecture and views of the city. Around the Basilica is a good shopping area as well, including Swarovski crystals. We received a tour of the shop in our trip, but to be honest it’s nothing more than you can see in any store.

After more walking, our feet were pretty tired and we knew just what would fix them; a visit to the thermal spas! There are quite a few different thermal baths in Budapest, the most famous one is the outdoor Széchenyi Thermal Baths. We decided to try the Rudas Turkish baths. These were indoors with 5 different thermal baths of varying temperatures for you to try. In the centre of the room was a beautiful dome, with coloured crystals bringing in all the light. This spa was a lot less touristy and more relaxing if you’re not keen on crowds.

For dinner we went to this amazing street food market, which had food from all over the world. You could of course get traditional Hungarian Goulash, which is definitely worth tasting. It was a very small strip hidden away down a side alley but made to look welcoming with decorative lanterns dangling overhead.  After dinner we headed back out for some more Budapest nightlife – this time to the famous Ruin Bars! We went to the original Szimpla Kert. The bars were a really unique experience as they are located in an old bombed building, decorated with lights and plants.

Budapest was everything and more. Where Prague gives off an old fairytale vibe, Budapest was extravagant and bustling. It has some of the best architecture I have ever seen. I would love to go back and spend more time in this city, as I reckon there is so much more to see than just what I have.