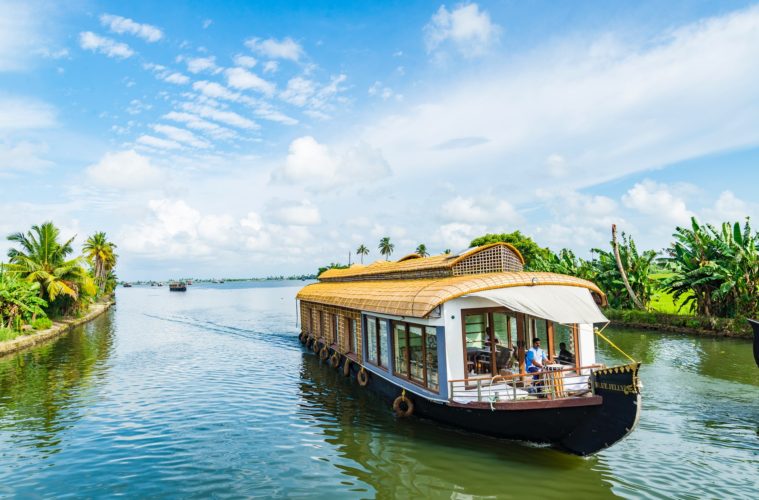 A Short Trip to Kerala

“Ever you been on an excursion to Kerala? If not, you should check out this listing of the things you’ve left out. Kerala is known as “God’s Own Country” and also as the “land filled with spices” is engraved on the rock as a renowned tourist destination, rich in its rich culture, tradition, and festivals, as well as food. The State of India is divided into 14 districts, each unique and famous in its own way. Enjoy this short Kerala trip.

A Trip to Thiruvananthapuram Kerala

Thiruvananthapuram (or previously named Trivandrum) is the capital city of Kerala and is a must-see location to visit during your Kerala tour. This district is a well-known tourist destination with numerous tourist spots, including The Kovalam Beach, Agasthyarkoodam peak, Ponmudi, Varkala cliffs, Napier museum, and Zoo KuthiraMalika Palace, Poovar, Sanghumukham Beach, Sree PadmanabhaSwamy Temple, etc.

The district houses a lot of the administration offices. It is also home to the most well-known IT hubs in India, known as the Technopark. It is a thriving city in the educational sector, has numerous renowned educational institutions, and is a fantastic trade hub. Trivandrum international airport serves as the primary transportation hub for tourists in the Kerala region.

If we can remember, one of these well-known tourist spots, Sree PadmanabhaSwamy Temple, was featured on the news due to its discovery of billions of dollars worth of treasures hidden within its vaults! A major attraction in Kerala trip.

Other important tourist attractions Kollam offers are the 44-metre high Tangasseri Lighthouse, Thirumillavaram Beach, and The Government Guest House, which is also known for its “British Residency,” etc. Kollam is a major location for your Kerala travel.

The area is so popular that it even has a well-known proverb. The translation in English is: “Once you’ve seen Kollam and you’re there, you won’t require home anymore. This is what makes Kollam an essential destination for travel when you visit Kerala.

A Trip to Pathanamthitta

The district has been named the 13th district of revenue in Kerala. With forests covering more than 50% of the district’s land, Pathanamthitta ranks 7th in the area of all districts of the State. On a trip to Kerala, travellers can also include Pathanamthitta due to its natural beauty.

It is known as the “Pilgrim Capital of Kerala” Sabarimala is situated in this district. A total of 10 million devotees travel to Sabarimala each year. If you’re a devotee, you could plan your visit to Kerala in accordance with Sabarimala season.

Also called the ‘Venice to east’, the district is famous for its tranquil backwaters. Houseboat cruises are now being a must for visitors (including those on honeymoon). So, Alappuzha (or Alleppey) has become a renowned backwater spot as well as a popular romantic honeymoon destination.

Kuttanad, known as the bowl that holds rice in Kerala, is also located in the district. It is one of the most well-known tourist destinations and an essential destination when traveling to Kerala.

Alappuzha is famous for another reason: the “Vallam Kali” (or boat race). The boats that participate in this race are an exclusive feature, and they are known as “Chundan Vallam” or snake boats, which are large boats. The well-known boat race is known under the name Nehru Trophy Boat Race and is held during the month of August. In Kerala Trip , you can experience the Alleppey Boat Race.

A Trip to Kottayam

This is a significant trade centre for spices and commercial crops, of which rubber is the main one. Another reason why Kottayam is famous is its literacy rate of over 90, and it was the first district in India to attain 100 percent literacy.

It is home to many tourist attractions, including several lakes as well as forts.In Kerala, travellers looking to learn more about Kerala’s spices is able to visit the Kottayam.

Kottayam is an incredibly well-known and revered tourist destination. St. Alphonsa, the first woman to be recognised as sainthood in the Syro – Malabar Catholic Church, was born here and raised there.

The museum and church located at Bharananganm are frequented by thousands of religious believers. This is what makes Kottayam the must-see spot on a Kerala travel.

It covers a vast area. Idukki is the second biggest district of Kerala. It has the lowest density. The majority of the zones in the area are covered in dense forests. The district was established on the 26th of January 1972. The district’s capital in Painavu. It is one of the major tourist spots of Kerala tours.

The top hill stations in Kerala, Munnar, Vagamon, Ramakkalmedu, and Thekkady, lies in the district of Thekkady. A few of the most famous tourist destinations include those of the Eravikulam National Park in Munnar, Periyar Tiger Reserve in Thekkady, Kurinjimala Sanctuary, Thattekad Bird Sanctuary, etc. All tours to Kerala will include the district. The beautiful forest of Thekkady makes it more worth the Kerala excursion.

A Trip to Ernakulam

Ernakulam district is considered to be the capital of commerce in Kerala. In the beginning, Ernakulam was the headquarters of the district. In the later years it was relocated to Kakkanad.

The most popular tourist attractions in this area that travellers can visit during an itinerary to Kerala include Marine Drive located in Cochin, Mangalavanam Bird Sanctuary, Lulu International Shopping Mall, Durbar Hall Ground, Bolghatty, and many more.

Kakkanad is the home of the second-largest IT industrial area in Kerala Kochi Info Park. Wonderla is the biggest water-themed park, is also situated near Kakkanad. Ernakulam is also famous by its Metro system. Specifically, the Kochi metro system that is currently under construction. The initial phase of construction is scheduled to be completed by the middle of June.

Thrissur, The headquarters of the district, was previously named Thiru Shiva Perur. It was previously called Trichur. It is considered to be the capital of culture in Kerala due to the presence of numerous famous institutions as well as other important and well-known churches and temples.

Also, it is the fourth-largest town in Kerala. Thrissur is also known as the capital of culture in Kerala. Tourists fascinated by culture and heritage could include Thrissur on their Kerala tour.

Thrissur is a place that is known for its most vibrant temple festival – the Thrissur Pooram. Thrissur pooram adds to the tourist attractions in a trip to Kerala.

Palakkad, which is the district’s headquarters, was also named Palghat. The district is bordered with Thrissur, Malappuram and Tamil Nadu. Since the Coimbatore district in Tamil Nadu borders it, Palakkad is heavily influenced by the Tamil language and its culture.

The major attractions in the district in Kerala trip are the Palakkad fort, Parambikulam Wildlife Sanctuary, Malampuzha dam garden, Killikkurussimangalam (the birthplace of a great Malayalam poet and creator of the art form ‘Ottamthullal’ – Kunchan Nambiar), etc.

This district has been the centre of activities and growth in the arts that take place in Kerala and has brought numerous notable personalities to the world of art and culture. A few of them include Kunchan Nambiar (poet and the inventor of the “Ottamthullal” art form) and Natyacharya Vidushakaratnam Padma Shri Guru Mani Madhava Chakyar (the man who took koodiyattam and re-told it), Vidya Balan (actress), V T Bhattathiripad (Drama), Keezhpadam Kumaran Nair (Kathakali), V T Bhattathiripad (Drama), Palghat Mani Iyer (Mrudangam), etc.

The capital of the district the district is Malappuram town. The district shares boundaries with Kozhikode, Wayanad, Tamil Nadu, Palakkad and Thrissur. The lush green forests, the fertile riverbeds and the beautiful Nilgiris are among the most popular tourist attractions in the Kerala region. The district is famous for the literary and political people it has influenced.

A Trip to Kozhikode

The most popular places to visit in Kozhikode on your way to Kerala comprise Kozhikode Beach, Sweet Meat Street, Beypore Sea Bridge, Thusharagiri Falls, Kappad Beach (it was located on the shores of Kappad beach where the Portuguese traveler, Vasco da Gama, had landed) and many more.

In addition to having a variety of Kerala tourist places, the region is also well-known for its food. The famous Kozhikode halwa is only one of the delicious dishes that the region can provide. The variety of food options increases the kozikod tourist attraction in Kerala journey.

The capital for Wayanad lies in the town of Kalpetta. The area is also referred to as the “Green Paradise since green forests surround the vast majority of the area. The main tourist destinations in Kerala include Eddakkal Caves, Pookode Lake, Meenmutty Waterfalls, Jain Temple, Tholpetty Wildlife Sanctuary, and more.

The district is home to the highest amount of tribal people within the State. The principal tribes in the district comprise those of the Paniyas, Kurichiyas, Adiyars, Kattunayakans, Ooralis, and many more.

Formerly called Cannanore, Kannur has its headquarters in the city with a similar name. Kannur shares its borders along Kasaragod, Kozhikode, Karnataka, and the Arabian Sea.

A Trip to Kasaragod

Port town Kasaragod is the seat for the district. The district shares its borders with Karnataka, Kannur, and the Arabian Sea. Kasaragod is a place of historical significance and includes a number of architectural heritage that is one of the major tourist destinations in Kasaragod in the Kerala journey.

With Kasaragode, we are now at the final destination of this short journey to Kerala. Kerala is God’s very own country and is home to a myriad of breathtaking places. Take a trip to Kerala to discover the beauty of the region.