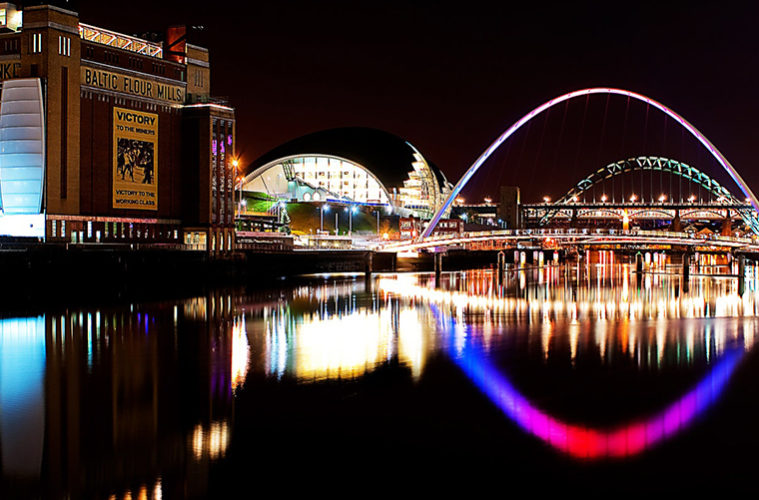 Newcastle – A night in the North

The north of England hosts some of the most spectacular landscapes the country has to offer. Cumbria, Northumberland and the Lake District offer breath-taking views, peaceful peaks and rural retreats, but what about life in the city? Manchester, Newcastle, and Liverpool arguably host most of the cultural prominence for the north, with notable landmarks in modern history, legendary music scenes and bustling cosmopolitan atmospheres, whereas places such as York and Durham bring historical significance to the table with glorious cathedrals, castles and cobbled streets.

Newcastle fits nicely between the two of these with a growing vibe acting against some of the stereotyped notions thrown in with the term Geordie. To start, the city’s architecture is nothing short of incredible, with large viaducts cutting through the heart of the centre and across the River Tyne more times than one can count. With a pale, almost beige colour of stone adorning many of the Victorian masterpieces, the area shows a slight resemblance to the Brunel-influenced arches and bridges in Bath almost 300 miles south.

With such sharp inclines rising on both north and south sides of the River Tyne, Newcastle’s bridges provide a view interrupted by architectural articles varying in age by over 150 years. To the west, the High Level Bridge, built in 1849, stands magnificently over the water with rail atop 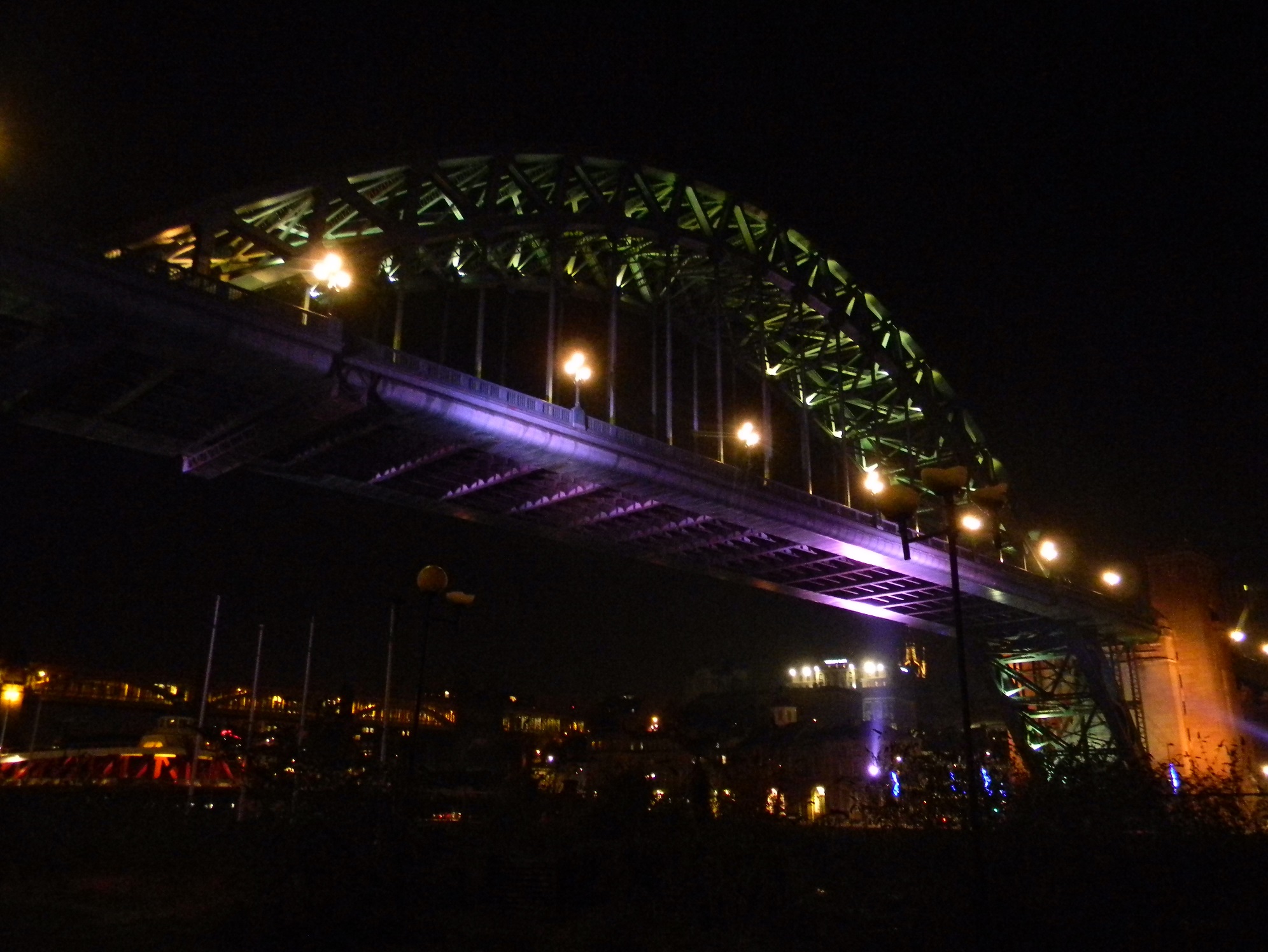 road and marks one of the many structures in the area brought to fruition by Robert Stephenson, of Rocket fame. Further west, its more modern, blue-strutted neighbour hosts the Tyne & Wear Metro, a transport system largely overlooked by those living further down country but one cementing Newcastle’s position (together with outlying Sunderland) as one of the UK’s busiest urban areas.

To the east the Tyne Bridge, this time with a distinctive green hue to the thick, industrious metal, stands as Newcastle’s most iconic landmark along with the significantly newer Gateshead Millennium Bridge which perfectly mimics the former’s arch with a tasteful contemporary flair. It’s in this area, down at the regenerated riverside, that visitors can begin to enjoy the fantastic selection of evening watering holes, well-run restaurants and pristine pubs. The Sage Gateshead, located on the southern river bank in the town of Gateshead, brings a fantastic conference and concert venue to the area along with its dazzling exterior lighting, which in turn sees a spread of contemporary chain eateries and bars extend along the waterfront opposite.

It is unsurprisingly the city centre however that provides the best of the area’s nightlife venues. Wonderfully placed landmarks such as the Keep and Black Gate of The Castle for which the city is named, along with the two understated cathedrals, mark pleasant structures to accompany the hip, vibrant and popular bars and restaurants on the north side of the Tyne. The Botanist, a high-end chain of establishments primarily in the north of England might astound clients with the exquisite interiors, complex menu and exclusive position at the top of Monument Mall, as something to combat the idea of Newcastle being the natural habitat of boozy blokes with massive muscles and stripped-down lasses with larger-than-life attitudes. In fact, at the heart of Newcastle, the theme of pubs such as Bacchus, with its large, open floor and endless ale selection and ‘Pleased to Meet You’, a quiet, sophisticated bar-come-dining experience, is one of well-dressed, responsible and ultimately happy northerners making the most of their beloved city.

Occasionally, the midnight exodus from the local Wetherspoons, as clean, welcoming and reasonable as they may be, might do the cynics justice with party-ballooned hen parties running out into unrelated stag dos and creating armies of drink-fuelled, Alan Shearer wannabes. But though this may play into the hands of being typically Geordie, the simple fact is that women the nation over coat themselves in fake tan and men from Penrith to Penryn can blurt ‘Every Breath You Take’ out as they saunter down their local high street on a Friday night. 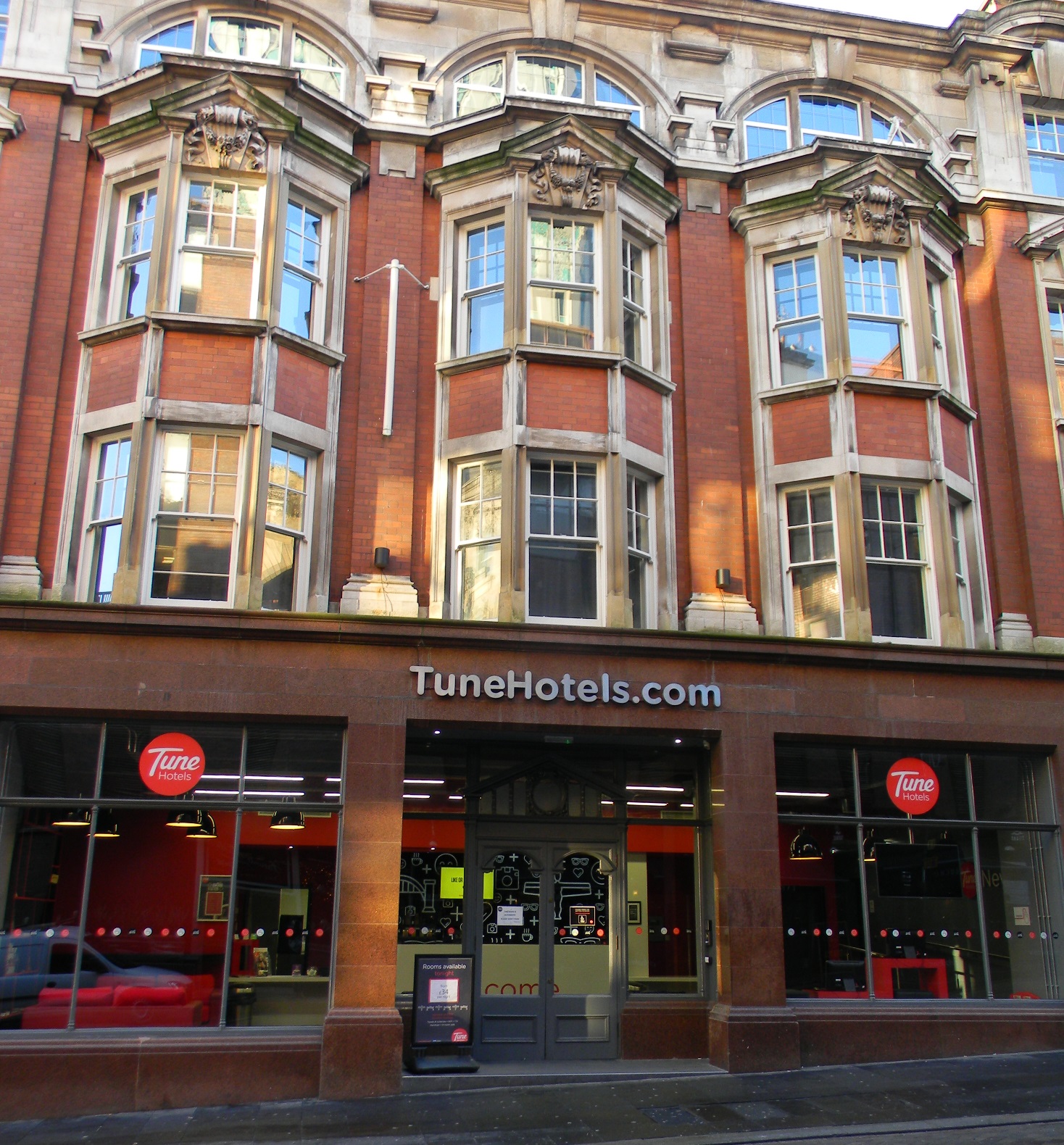 To finish the night, Newcastle offers all-manner of hotels to suit any budget and whilst as a large, thriving city the

likes of Premier Inn, Travelodge and Hampton might be obvious choices, the Tune Hotel located in Proctor House, beneath yet another impressive viaduct in the city centre, brings to Newcastle a well-presented brand, normally reserved for locations in Malaysia and India, at very reasonable prices.

Newcastle provides for curious visitors an evening, weekend or extended break above and beyond what they might initially expect. Yes, if one searches for it, a rowdy brawl in the Toon’s darker outskirts, fuelled by Newcastle Brown Ale and another home game loss will materialise as explosively as Cheryl Tweedy’s career, but as with the local lass, it doesn’t take much to find other more refined forms of entertainment. A night in Newcastle is one to admire and enjoy as much as in any other modern, populous city and does well to extinguish any unfair, comedic criticism.