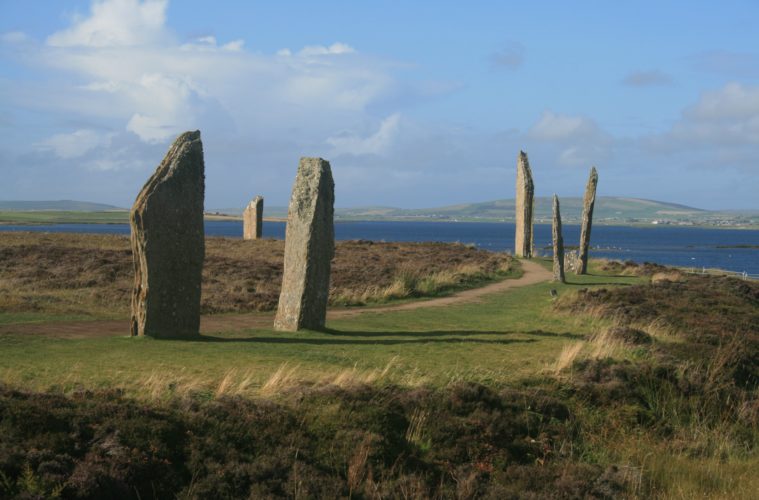 The Orkney Islands – an Enchanting Part of Scotland Drenched in History

Made up of over 70 islands, Orkney is an archipelago off the most northern point of Scotland. Enticing and quirky, the unique mixture of layered heritage, ancestral tradition and a myriad of archaeology have garnered the island a mythical stature among tourists.

The ethereal landscape of standing stones, breath-taking scenery and age-old ruins make it unsurprising that the area has a tapestry of rich and varied folklore. But delve into Orkney Island’s history, and you’ll find that the elaborate mythology is just one of many layers that build up the area. From the sunken warships at Scapa Flow to Kirkwall’s chapel built from military scrap, the Orkney Islands make for an enchanting Scottish Holiday.

Perhaps one of the most enigmatic monuments in the British Isles is the standing stones on the Orkney Islands. Known as the “Ring of Brodgar”, this fascinating stone circle is a ceremonial site dating back to the 3rd millennium! Originally built up of over 60 stones, only 36 survive today. The Ring of Brodgar is a Neolithic World Heritage Site, part of the Orkney collection, which features a series of important ritual monuments built thousands of years ago. The stones stand along the Brodgar Peninsular, a fantastic route that links multiple sites of archaeological significance, some of the most important in Britain! Many roads run along the Brodgar Peninsular. However, there are grassy footpaths for those hoping to get closer to the prehistoric monuments. 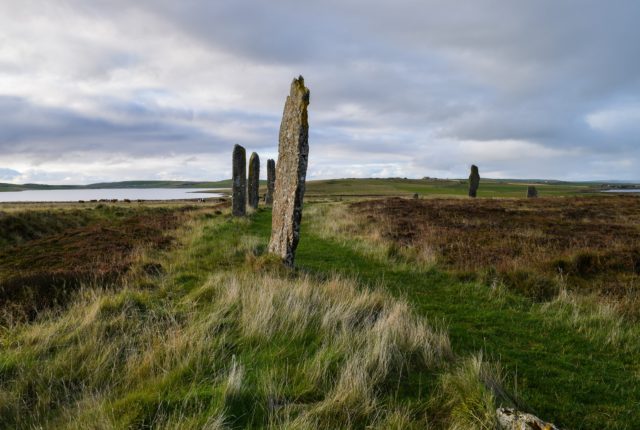 The Sunken Ships at Scapa Flow

Playing an important role in travel, trade and conflict for centuries, Scapa Flow is a body of water in the Orkney Islands. The passage is notoriously treacherous to navigate as it is sheltered by the Mainland islands, with many ships sunk here. The shipwrecks make for a fantastic diving location, and some wrecks are a reminder of what people gave for their country during the world wars. Set against the rough beauty of Orkney’s landscape, a visit to Scapa Flow is a unique and exhilarating moment. There are many opportunities to explore the waters, including options that don’t get your feet wet, but the diving experience here is one-of-a-kind. 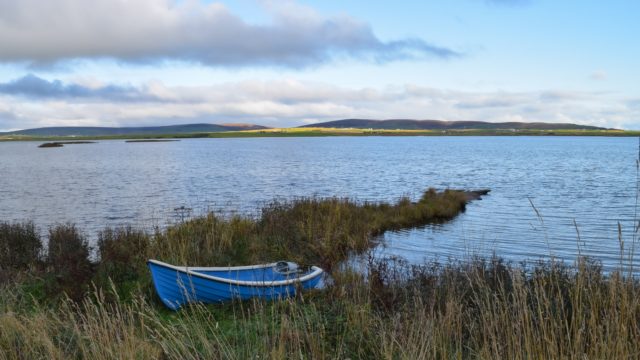 Along the bay, you’ll find a few great locations. The fabulous seascape is practically overflowing with history. There’s a nearby road that hugs the water’s edge, providing excellent views from the roadside on rainy days. A tiny naval history museum is also located in the bay and is free to enter. The monuments tend to be emotional, and visitors like to leave painted stones along the seawall. These diving sites are just one of the many reasons why the Orkney Islands make for an enjoyable Scottish holiday!

Due to its location, the Orkney Islands attracted many settlers, who each brought their traditions, customs and beliefs. As a result, Orcadian folklore is a blend of Norse, Scottish and Celtic mythology!

Harmonious and well-formed, it’s hard to believe that this beautiful Roman Catholic Chapel in Lamb Holm was built out of military scrap during WWII by Italian prisoners of war. In 1940, Winston Churchill approved the building of ’causeways’ to act as a defence. However, the work was slow-paced due to a shortage of local labour. Italian POWs were shipped in to help work on the massive building project. The Italians were eventually given fair pay for their work and were permitted to build a place of worship. Constructed out of two Nissen huts joined end-to-end, the chapel has become one of Orkney’s most visited attractions! 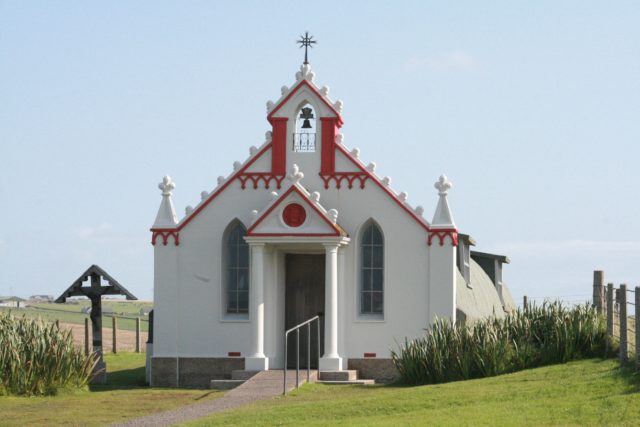 A site to behold, the church is still standing, thanks to restoration efforts in the 1960s. The Nissen huts have been protected from Orkney weather by a layer of concrete, but their silhouette is still visible. Inside, painters have illustrated frescoes of angels, stained-glass windows, and cherubic figures. You can tell that the Italians tried their best to scavenge materials from wherever possible. And the passion put into building the chapel is seen and felt even today. Overall, a visit to the Italian Chapel is an absolute must!

Quirky Kirkwall and The Earl’s Palace

A visit to the Orkney Islands would not be complete without taking the time to explore the Capital. Saint Magnus Cathedral, the Highland Park Distillery, Orkney Museum, and Cuween Hill Chambered Cairn are all top attractions near Kirkwall, and the town has plenty of charm. Out of all the options, The Earl’s Palace is probably the most visited location in Kirkwall. Once owned by Earl Robert Stewart in the 1500s, half-brother of Mary Queen of Scots, The Earl’s Castle is a near-complete ruin. The remnants of the castle are fun to explore and teach a little about the history of Kirkwall! A walk around the castle grounds makes for a good few hours of entertainment for all ages. 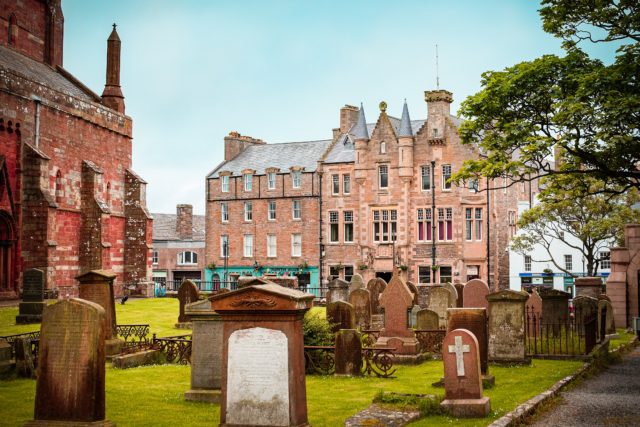 A stone-throw away from The Earl’s Palace is the Saint Magnus Cathedral. This beautiful red-and-yellow building gets its colouration from the natural materials that builders used during construction! The Cathedral is lined with traditional stain-glass windows and makes for a breathtaking visit. Perfect for a rainy day, there is a centre at the back of the cathedral where you can enjoy an informational video while sipping on a cup of tea. End your visit to Kirkwall at the Highland Park Distillery, where you can purchase some award-winning malt Scotch whiskey made traditionally by modern-day Vikings!

The Orkney Islands were once a part of Norway as a result of Viking Conquests! They became part of Scotland in 1469 when Christian I, King of Norway, failed to pay an agreed dowry on his Daughter’s marriage.

If you were looking for the perfect Scottish holiday, you’ve found it. What Orkney lacks in size, it makes up for in history, folklore and sites of interest. And you’ll be pleased to know that this article has barely scraped the surface of these islands. There is so much more to explore and enjoy that a week in Orkney will feel like a life-long adventure. From sunken warships to a unique chapel, the Orkney Islands undoubtedly make for an enchanting Scottish Holiday.