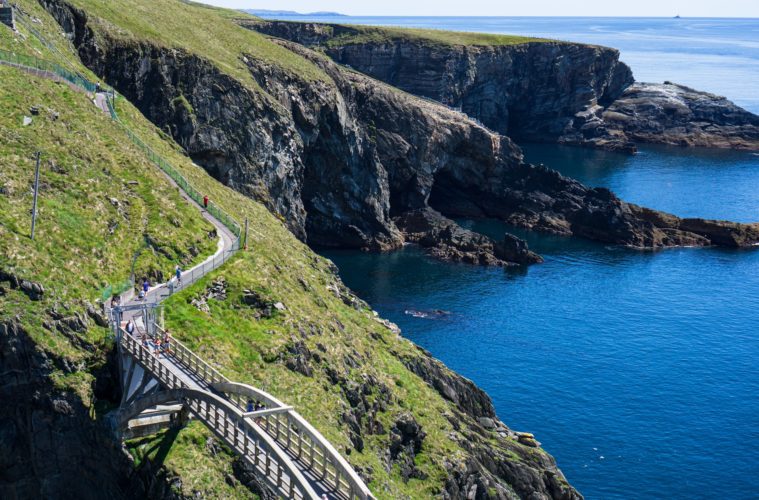 Places to Visit on Holiday in Cork

Cork is Ireland’s second-largest city but may not be as well known as Dublin to foreign visitors, and that’s not always a bad thing. Its almost understated approach to tourism allows the city to retain its charm without feeling over-crowded or hectic, and it’s definitely easier on the pocket than its big brother over on the east coast.

The south-western city with a population of a little under 200,000 has a beautiful blend of rich history and modern-day attractions that come together to create a charm that’s hard to beat. The centre of town is just a stone’s throw from the coast with ferry routes connecting it to the UK and France, and the international airport is a mere 6km away.

Cork was founded in the 7th century by St Finbarr, according to local history, and since then the city has changed hands between various marauders including the Vikings, Normans, and Brits. Important castles, monasteries and cathedrals have all been built in the area as each of the invaders left their mark on the local architecture — some of which can still be seen today.

One of the most famous landmarks in the area is the Blarney castle and gardens. With its structure dating back several centuries to the MacCarthy Mor dynasty of the 1200s, it’s now a world-renowned site that houses the “magical” Blarney Stone. Legend has it that if you kiss the stone you will never be lost for words again. During a normal summer season, the castle and gardens welcome 65,000 visitors each month.

The Cork Opera House was first built back in the mid 1800s. It was designed by the architect Sir John Benson and was originally intended to house a national exhibition. The original building was deconstructed and moved to another part of the city and in 1955 disaster struck when a huge fire broke out and completely devastated the structure. Some ten years later, after tireless fundraising by the locals, the place was rebuilt and in the early 90s a modern glass facade was added. A full programme of upcoming events can be found on the official Cork Opera House website.

For those who like a little excitement on a night out. The complex boasts a decent range of slot machines and card tables over a 6000 sq ft gaming floor. There are also various cash tournaments that take place here throughout the year.

The Macau is officially a private member’s club as casinos aren’t permitted, per se, in the Republic of Ireland. However, if you’re not a member, you can still enjoy real money games at online casinos. Many of these can be found through the casino guide Gamble.xyz.

Historical monuments can literally be found everywhere in Cork city, and one of the oldest and best-loved is the Red Abbey Tower.

It’s the only remaining nod to its medieval heritage in the actual city centre and is nestled discreetly in between the residential streets. Built as part of an Angustinian monastery in the 14th century, the abbey was home to various inhabitants over it’s 500 year lifetime until it was destroyed by a fire in the late 1700s. The church tower is the only surviving part of the original building which sits proudly in the middle of Cork as a reminder of its rich history.

Affectionately known by the local lovers of the arts as the “beating heart of theatre in Cork”, the Victorian auditorium is a beautiful example of the architecture of its era. Since the late 1800s, the theatre has held a special place in the hearts of the Corkonians and has produced hundreds of comedies, musicals, pantomimes and operas over the years. The theatre usually has plenty going on and there’s also a bar that opens an hour before each performance.

If you’re looking to escape the bustle of city life, then it’s time to head out into the perfectly manicured Fitzgerald Park situated around the public museum on the Mardyke. The tranquil riverside oasis with its own ornamental pond is the perfect place to relax and soak up the sun when the weather’s right. There are also outdoor movies and live performances during the summer months that are always worth checking out.