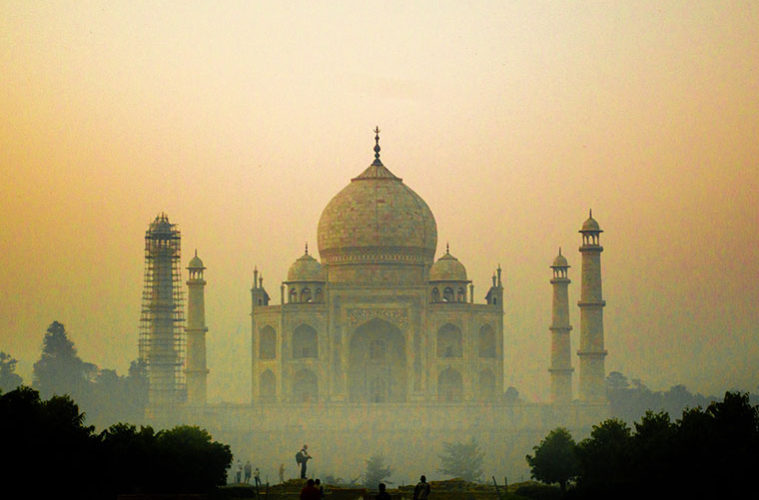 The Taj Mahal: love in memoriam

On the bank of the Yamuna River is one of the greatest testaments to love ever constructed; the Taj Mahal.

The Taj Mahal was built by Mughal Emperor Shah Jahan, in memory of his wife Mumtaz Mahal, after she died giving birth to their 14th child. Sick with grief, Shah Jahan instructed construction of this immense white marble mausoleum, which is considered to be one of the best achievements of 17th century Indo-Islamic architecture. 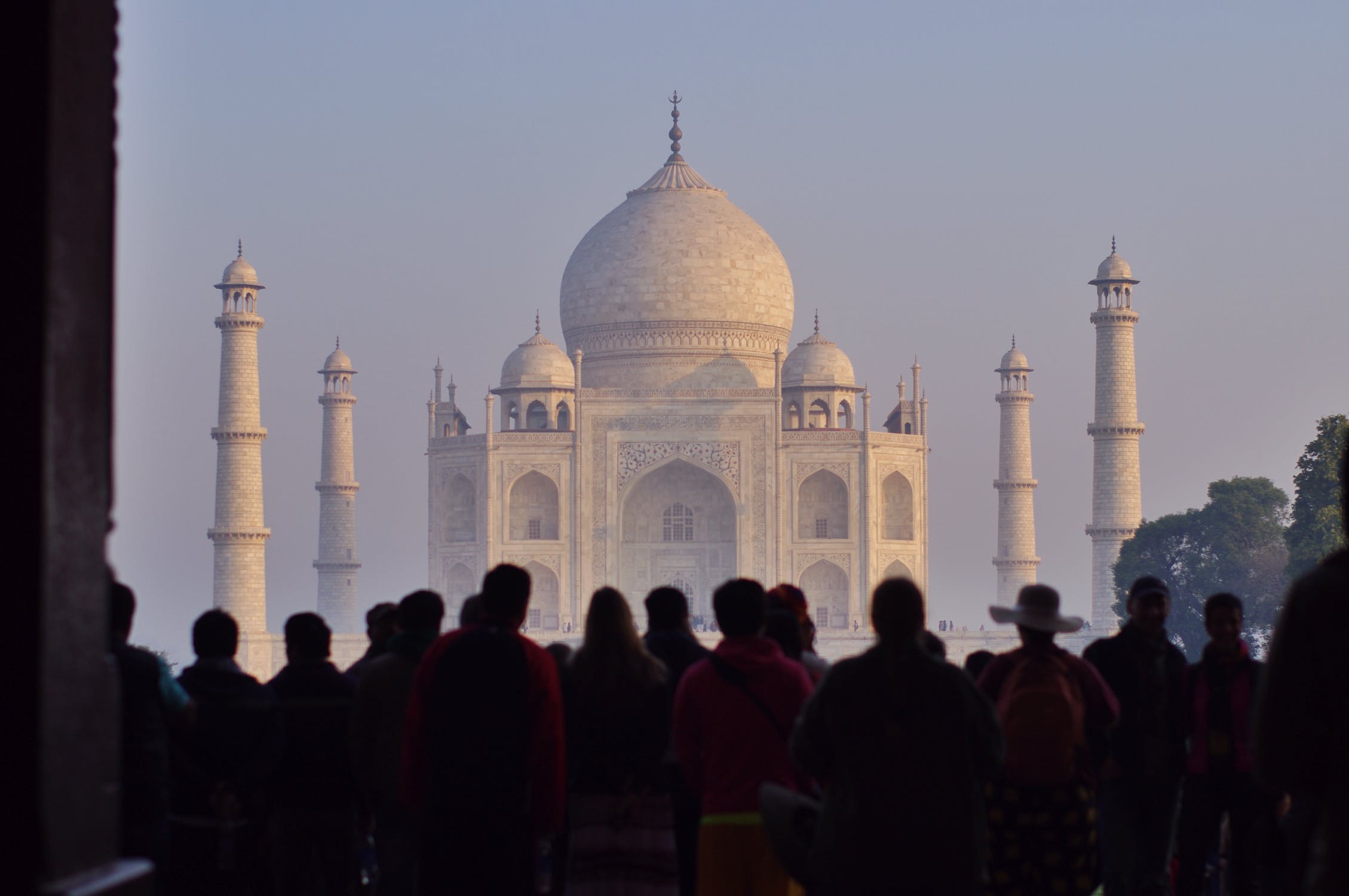 Construction began in 1632. Over the next 13 years, the mosque, guesthouse, southern gateway and latterly the outer courtyard and its cloisters were constructed by 20,000 stoneworkers and artists from the Mughal empire, Iran and parts of central Asia. Marble and building supplies were brought to the site by more than 1,000 elephants.

The Taj Mahal appears to change colour, in response to the changing light of the day: it reflects the morning sun, and appears bathed in a pinkish hue; at other times it appears milky white, but in moonlight appears golden. It is said that the changing colours represent the changing moods of females, in particular Mumtaz Mahal. Efforts to restore this beautiful building to its original brilliant white are in their closing stages, and will be more or less complete by the end of 2018.

The Taj Mahal gardens are full of the symbolic number four, reflecting the four rivers of Paradise in the Quran: four bodies of water; four lawns divided into quarters. The mausoleum has four main sides and four intermediate; four minarets and secondary domes and four doors directed towards the four cardinal points – visitors can only enter or leave via the south door. It is said that the garden itself contains 400 plants, although this would be difficult to verify.

The name Taj Mahal comes from Persian, and means “crown of all places”. The octagonal building is perfectly symmetrical and topped by a bulb-shaped dome. The facades are decorated on all four sides, with floral, vegetable, calligraphic and abstract motifs.

The characteristic bulb shape of the seven-metre high main dome is recreated in the shape of four smaller domes, which can be accessed by a stairway on the southern side of the structure. The four minarets standing sentinel at each corner of the marble terrace are 40 metre high and these thin towers lean slightly away from the mausoleum, as if to prevent any risk of damage to it from their collapse. 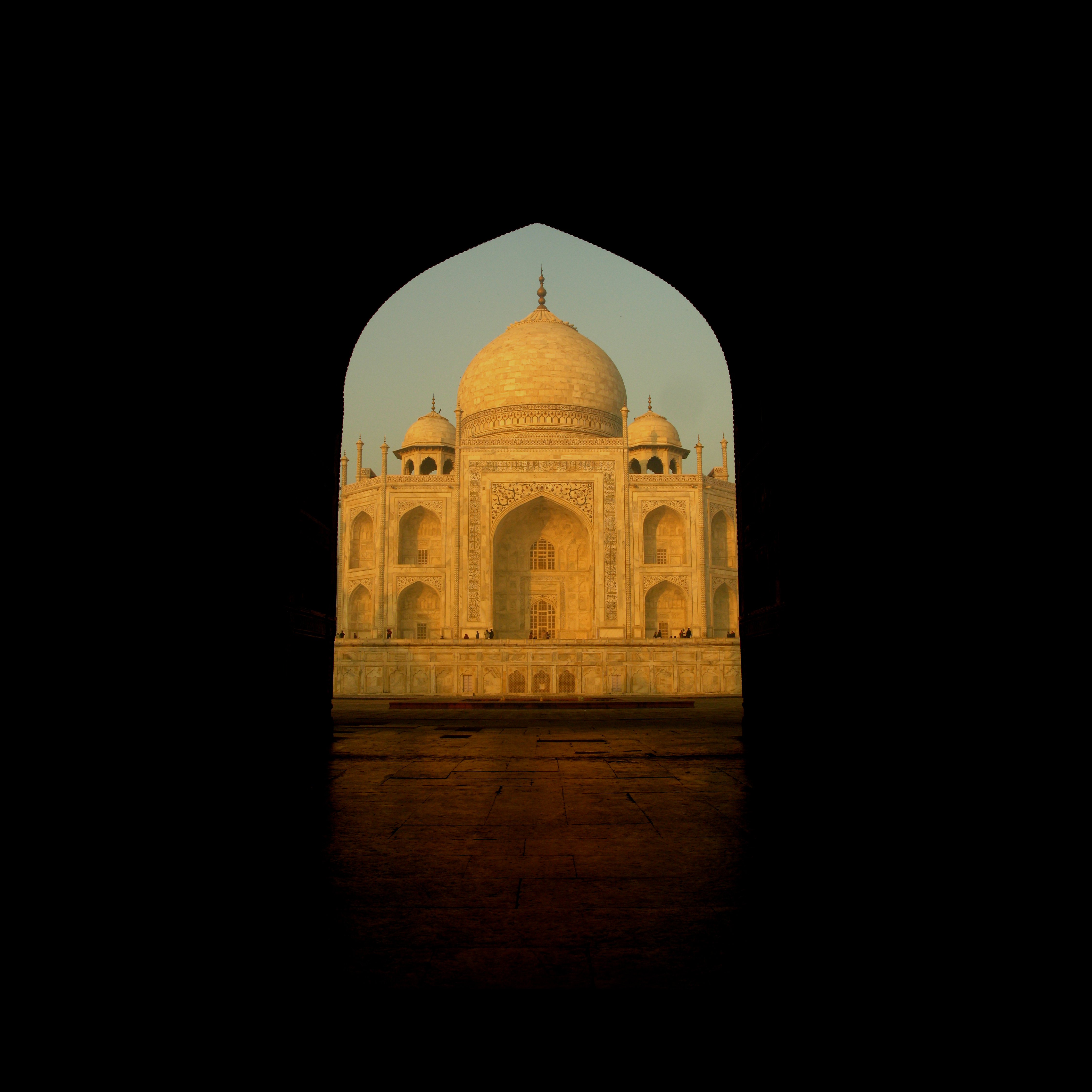 Inside, the octagonal main room is covered with an internal dome that rises 35 metres, and home to the cenotaphs of Shah Jahan and Mumtaz Mahal. Islamic tradition did not permit the decoration of graves – the tombs are in the crypt, but these cenotaphs are made of polished marble, decorated with floral motifs and encrusted with semi-precious stones. Mumtaz Mahal’s cenotaph is positioned centrally, with Shah Jahan slightly to the west, at her side: it’s one of the few occasions where perfect symmetry has been deliberately ignored. At each corner of building are four other octagonal buildings topped with the smaller domes viewed from outside.

The Taj Mahal contains a working mosque, and is closed to visitors on Fridays for prayer. This is a religious site, and visitors should dress respectfully.

To avoid the crowds, heat and the rain, try visiting during the winter months, and enjoy the Taj Mahal in relative peace.

Learn about other amazing places around the world.