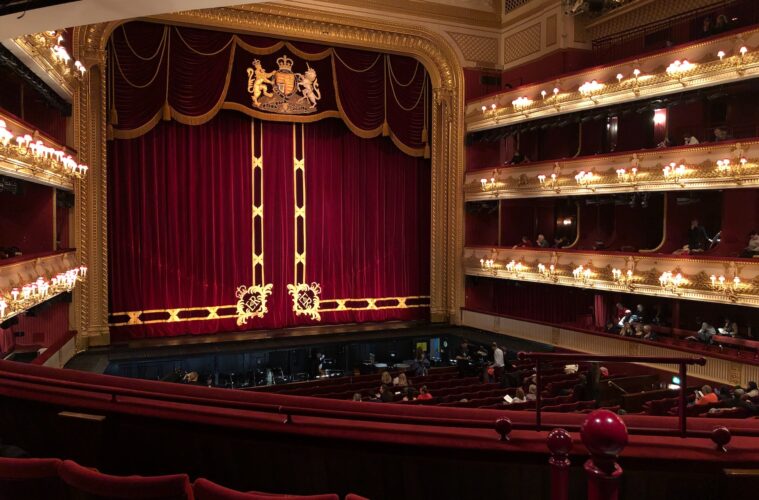 The performing arts industry has always been thriving in the UK and attending the theatre has been a long-standing tradition for many years now. Some of the world’s greatest playwrights have hailed from theatres across the country and you can still visit these, including famous stages that have seen performances from the likes of Shakespeare.

To help you decide on what theatre to visit next, we’ve come up with our top four, which showcase some of the best modern and classic theatre performances in the whole of the country.

The Royal Opera House is an iconic building in the UK, mostly known for its high-end ballet and opera performances. Due to the working nature of the theatre, every tour here is unique – and highly recommended.

Both the Royal Opera company and Royal ballet operate here, as well as work by some of today’s leading composers. There are shows spread out across the year but can sell out fairly quickly, so ensure you get your tickets in advance.

The theatre is a fair distance from London Kings Cross station, so it’s advised that you check the train times to London before heading to your show so that you get there within a reasonable time.

Currently, the Bristol Old Vic Theatre is the oldest continuously running theatre in the English-speaking world and has been alive long enough to have hosted some of the best actors in history. Recently, it has undergone a huge transformation to improve sustainability and accessibility and has had a new studio theatre built.

When attending shows, there is a bar and café inside to grab some refreshments before and during the interval. After the show, you can venture out into Bristol to enjoy the vibrant nightlife. It is highly advised to book a tour of the Georgian auditorium if you want to see everything up close and explore this amazing place.

The King’s Theatre in Glasgow is one of the most popular and historic theatres in the whole of Scotland. Since it opened in 1904, the theatre has played host to some of the biggest stars and also provides some of Glasgow’s promising amateur groups a high-profile stage to perform on.

To this day, the theatre continues to exhibit first-class shows that cover a variety of different genres. They’re probably best known for their Christmas pantomimes, which are a hit year in, year out.

Located on the bank of the River Thames, the open-air theatre is the best way to see classic Shakespeare plays be re-enacted, as well as other shows from the early modern period. Regardless of whether you go to see a show, the theatre is a remarkably educational space and the guided tours can take you through how the building survived during the plague and political oppression.

Shakespeare’s Globe also has a bar and several restaurants should you decide to have dinner before your show – and don’t forget to grab yourself a souvenir from the gift shop.