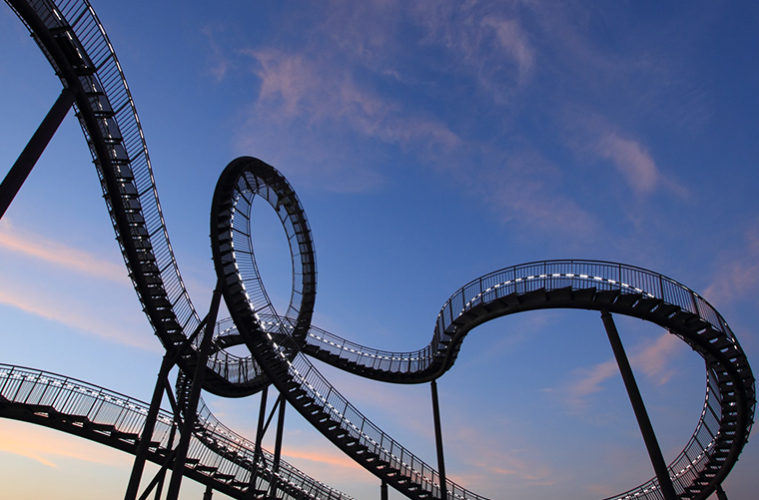 The UK’s Most Extreme Roller Coasters

Adrenaline pumping, heart thumping, white knuckle rides; some of us love them, some of us hate them. If these exhilarating attractions are far from your idea of fun then you should probably stick to the teacups. However, if roller coasters are the entire reason you spend your bank holidays waiting in queues then look no further, here is a guide to some of the UK’s most extreme.

Coined as the fastest roller coaster in the UK, Stealth is an adrenaline junky’s dream. When the ride was first built in 2006 it could accelerate from 0-80 mph in 2.3 seconds. In 2007 the attraction was upgraded to decrease the time it took to accelerate to 1.9 seconds. And, as if that wasn’t fast enough, the ride was further enhanced in 2009, taking it up to speeds of 90 mph in just 1.8 seconds. This £12 million roller coaster is reported to create G-forces of up to 4.7G!

When it was built in 1998, Oblivion was sold as the world’s first vertical roller coaster. This adrenaline inducing attraction pulls riders up a steep incline before hanging them over an 88.8 degree drop. The carriage is then plunged into darkness at speeds of up to 68 mph, making it the third fastest roller coaster in the U.K. Definitely not a ride for those with a delicate stomach.

Its highest point reaching 213 foot, the Big One is the tallest roller coaster in the UK. The ride also held the record for the tallest and fastest rollercoaster for 8 years, until Silver Star opened at Europa Park in Germany (2002).

Based on the movie of the same name, Saw is a horror themed roller coaster at Thorpe Park. Billy, the creepy tricycle riding figurine from the film gives a speech at the beginning of the ride telling passengers, ‘here’s what happens when you lose’. Riders are then plummeted around a twisting, looping track at speeds of up to 55 mph. Although not one of the fastest roller coasters in the UK, it is definitely one of the creepiest!

With near misses designed to make passengers psychologically disorientated, Colossus is an exhilarating and stomach churning experience! It was the first 10 looping roller coaster to open in the UK, and the corkscrew section will definitely have your heads spinning… It’s not one for the faint hearted!