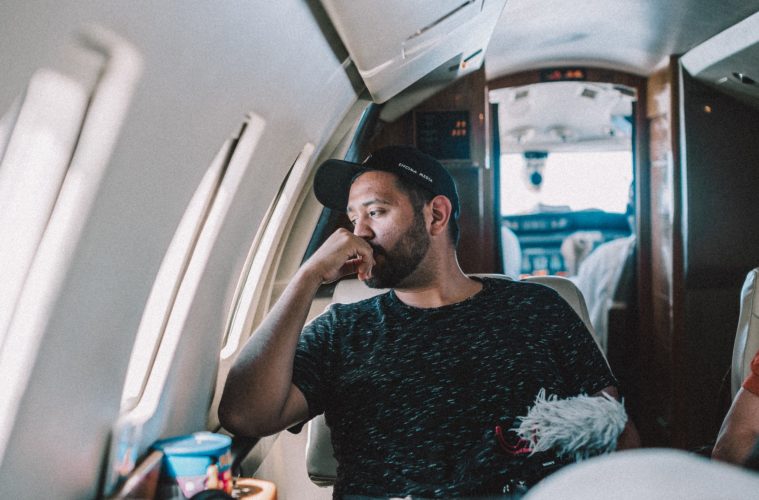 Fear of flying? Here’s some advice

For many people, air travel is a terrifying prospect. This fear of flying, sometimes known as aerophobia, is tough. Whether it’s because you’re afraid of heights, the idea of the plane malfunctioning or you’re just claustrophobic. It’s important to remember, you’re absolutely not alone in this fear.

In fact, according to Anxiety UK, 1 in 10 British people have some kind of fear of flying.

Those with aerophobia can feel embarrassed or silly for having such a fear. But in reality, everyone has a fear of something, even when the facts dictate you shouldn’t. Anxiety and phobias can be irrational, that doesn’t mean they’re something to be ashamed of.

However, at the end of the day, a fear of flying can be hindering. It can rob you of wonderful holidays, or work trips, the chance to go visit family overseas and more. But it shouldn’t have to be that way. And so, on the off chance it might help you overcome your aerophobia, here’s some facts and tips about air travel that might help.

And remember, if you really want to overcome this, you have to try and take on this info with an open mind and willingness to change.

Before diving into the specifics, let’s start off with one important piece of info. Due to the nature of air travel, it is easily one of the most scrutinised, perfected and monitored forms of transportation out there.

And the natural consequence of such high levels of scrutiny? Increased safety. So much so, that studies have shown that flights with larger numbers of passengers (mostly commercial flights) are the safest mode of transport. As well as with one of the lowest fatality rates.

These stats are slightly higher for private and personal flights (if you’re rich enough to fly private or are a pilot who flies solo sometimes). But let’s face it, you’re probably not doing either of those things if you have a fear of flying.

And as each year goes on, technology only gets better, which means so does flight safety.

According to the International Air Transport Association (IATA), approximately 130,000 flights take off and land each day safely. And as I’m sure you’ve heard a tonne of times before, your trip to the airport is more dangerous than the flight you’re driving to get to.

Statistically, the chances of a being in an airplane accident are 1 in 1.2 million. The chances of that accident being fatal to you is 1 in 11 million. Meanwhile, the same chances of suffering a fatality in a car journey is 1 in 5,000.

If the stats don’t help

Unfortunately, the thing lots of people find hard to grasp is the irrationality of anxiety and phobias. The anxious person can know all the stats in the world and still be afraid afterwards.

In this instance, it might be worth seeking some professional help. Cognitive behavioural therapy (CBT) is probably your best bet, which you can usually self-refer for on the NHS. And depending on your location, you could receive treatment within a few weeks to several months.

CBT focuses on restructuring the way your brain thinks about certain things and its behaviour. This is helpful for deconstructing irrational thoughts and developing behavioural strategies to rewire your thoughts. As with lots of forms of counselling and therapy, it’s usually the case that you have to endure a bit of short-term pain for long term gain.

Ruminating or voluntarily visiting anxious thoughts can be difficult but it’s crucial to the process. And ultimately, you’ll probably be thankful you did.

On the whole, we understand that it’s hard to explain to someone a phobia if they don’t have it themselves. But you aren’t your phobia, and it doesn’t have to dictate the rules of your life. The most important trait in combatting aerophobia is a willingness to learn and change your mind. And hopefully if you do, one day you’ll be able to appreciate the wonderfulness that is air travel.