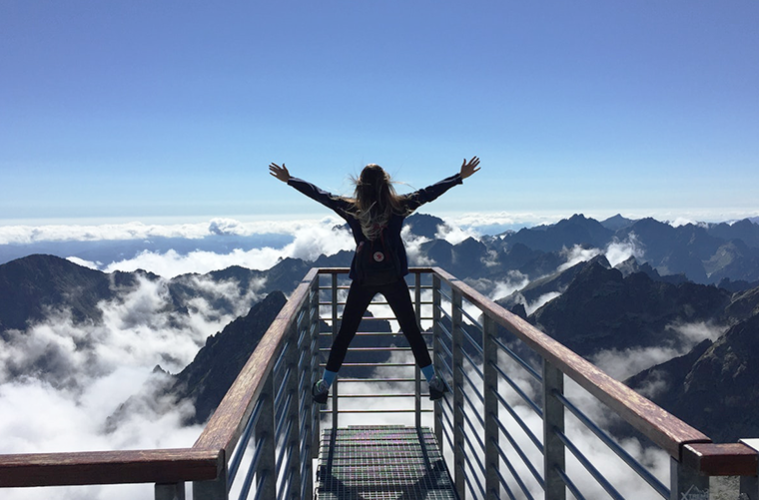 I was never the kind of guy to keep up with the advancing development of technology. My slightly worrying attachment to the Nokia 1100 which died 13 years after it was first switched on, highlighted a trend that stemmed from owning (and playing) a SNES well into the days when my peers were exploring the streets of GTA’s San Andreas for the Play Station 2. In the world of map-reading, navigation and generally getting about, it was always my reliance on our cherished Ordinance Survey that saw me get the most from travel in Britain, with small, portable city maps doing the same job upon spreading my wings into Europe.

Nowadays, with smart phones lining every pocket, the popularity of satellite navigation and all sundry of automated systems to inform us of our surroundings, it’s arguably easier than ever to make plans for and explore our chosen destinations. Having occasionally strayed into using the Google Maps Transit Departures function on my iPod Touch as well as frequent use of Google Earth to track my travels (as featured in a previous TPG article), I was intrigued when offered the opportunity to try Google Earth VR.

For those unfamiliar with the concept, VR or virtual reality, is comprised of adorning a cumbersome and often uncomfortable headset, within which are two monitors displaying slightly altered versions of the image you’d normally see on a 2-dimensional PC screen – one for the left eye and one for the right. The result is something far deeper than those funny blue and red glasses you wore for that ‘special 3D edition’ of your favourite childhood comic. In fact, with a selection of rather whimsical games to play in the format, the adjustment to a new 3D digital world is not only amusing but considerably more fun that I initially expected.

And so, with my fascination in geography outweighing that for virtual air hockey, I initiated my VR experience by going head-first in Google Earth’s VR program. To begin with, it seems a little disappointing. As with the conventional 2D desktop version, I’m presented with a spherical object beginning to resemble the earth as each layer of graphics loads. Using the two hand controls, spinning the globe allows nothing more than the ability to watch a rotating ball and though the surrounding starscape is impressive, seemingly placing you in the vast emptiness of space, within seconds boredom sets in.

However, upon zooming closer to the Earth’s surface, things change. Dramatically. As with other ‘rollercoaster’ simulators and ‘jumpscare’ games, the sensation of movement is both exhilarating and terrifying and with only a slight miscalculation of the hand devices’ controls, one can be flung in any direction at alarming speeds. Once at your chosen destination, in my first case Hong Kong, the scale of the buildings, roads and surrounding hills becomes frighteningly real. After a moment to focus, the occasional jagged edge, bumpy road and plastic-like oceans numb the appreciation for accuracy but viewing large objects from afar, such as the Himalayas, does give the user a totally different perspective on some of the world’s best-known features.

So having got the most of a 30 minute, gimmicky view of places I’ve (thus far) not been, my attention turned to how I, as someone who travels, might make use of this incredible feat of technology. I turn back to Europe and place myself within the heart of Paris, a city I know reasonably well. Strangely enough, even with the use of various overlays at hand for finding landmarks and vantage points, the ability to get lost is profound. The sterility of the objects (however detailed), lack of natural light and shadows, along with the eerie silence of a ‘model’ city makes it more than easy to miss a turning, mistake one street for another and find yourself somewhere very different to where you might expect. In addition, when transferring to a more natural setting at the Exe Estuary in Devon (an area I know extremely well), though the hills and valleys are accurately scaled against surrounding features, the blandness of the landscape in its digital form blurs much of the area into one indecipherable, rural landscape. It’s only when reverting to a true aerial view, thus seeing what the standard Google Maps (or even its paper counterparts) would offer, does the navigation get back to being useful.

And its perhaps here that Google Earth VR has its major flaw. It is trying to be too much like the reality we know and love. Traditional maps (and apps that mimic them) offer us a perspective we never get the chance to see, directly from above and though keys and labels colour that view with a language most of us find easy to understand, even a basic aerial photograph, of which Google Earth is entirely based, gives us the ability to confidently direct ourselves. By taking this 2D tool and trying to convert it back to 3D, to a view that we might otherwise have directly in front of us, does little to tell us what to do, where to go, or even where we are.

For other uses, such as surveying, designing, educating and learning about our home planet, Google Earth VR is an amazing bit of kit. I would imagine to have access to such technology at school, for example, would greatly increase enthusiasm for geography to many, as it would for the general public. For someone planning their latest venture however, whether it be a 2 day city break, 3 month mountain trek or charity fun run, Google Earth VR is seemingly yet to beat the ways of old.