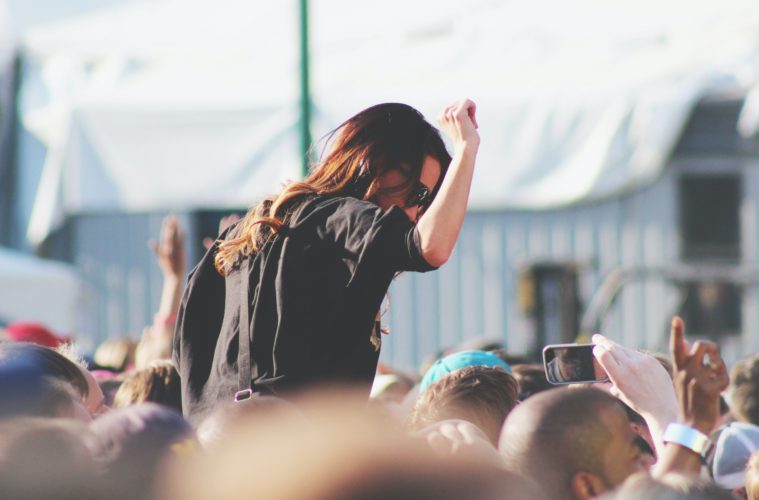 Summer is the time for picnics, ice cream, beaches, and the best festivals. The music festivals get bigger and more spectacular when the sun’s out. People from all parts of the world gather at the greatest celebrations and festivals to catch sight of their favourite artists and performers. Summer music festivals come in all sizes and typically cater to a certain crowd. An excellent example is Burning Man’s Steampunk or Tomorrowland’s EDM diehards.

Nothing’s better than friends and strangers bonding over their best artists and sharing memories at the greatest festivals. Festivals have always been a major part of summer, and during the lockdown, it was one of those things that people missed most. Now that most parts of the world no longer have them in place, the music festivals are back.

If you a great fan of certain genres or performers, you should attend one of these festivals in your lifetime. While most cost a pretty penny, the experience is well worth it. You could save up or go to your Play Croco casino login and play your favourite casino game, and you might just win enough to pay for that Coachella ticket. Here are six of the best summer music festivals in the world.

Apart from being the biggest UK music festival, the Glastonbury festival is currently one of the hottest music festivals in the world, if this year’s edition is anything to go by. It is an embodiment of British culture, and year after year, Glastonbury’s lovely quiet fields are invaded by waves of enthusiastic festival-goers from all over the world, there to see their biggest stars.

Apart from ultra-famous performers, the festival also gives rising stars the opportunity to shine, and some well-known British artists like Florence and the Machine got their start here.

American rapper Jack Harlow was one of this year’s best-received new acts. Even though the festival sometimes becomes a mud-fest because of the country’s spontaneous summer downpours, it’s never a dull day at Glastonbury.

Burning Man is the Mecca for steampunks, deep web surfers, crystal healers, and metal sculptors. In the past, this used to off-grid bacchanal/art installation reminiscent of a Mad Max motion picture. Today, this desert rave is a Dionysian ritual among many Silicon-Valley elites looking to shake off the stress of 18-hour work days.

However, the greater crowd is still made up of guys and girls in dreadlocks, hippie clothes, and whimsical goggles. Burning man is still one of the greatest post-modern-like festivals in the USA, where druggy spirits and cyberpunks hang out in northern Nevada. If you enjoy music from producers like Tyco and Deadmau5, this is your type of scene.

If you are an EDM diehard, you should go to Tomorrowland in your lifetime. When it comes to the biggest and most outrageous EDM, the only other festival that comes close is Ultra. Held in the town of Boom, Belgium, since 2005, this festival has attracted the world’s greatest electronic music creators and DJs for over fifteen years.

Over the years, Tomorrowland has only become greater and better. Boom is approximately 16 km south of Antwerp, and revelers from all parts of Europe and the world pour in to witness the greatest acts, the most elaborate stages, and pure magic. The ticket prices depend on guest acts; the festival typically lasts more than three days.

Some of the greatest Tomorrowland acts include Swedish House Mafia and DJs like the late Avicii, Nicky Romero, Tiësto, Armin Van Buuren, and Martin Garrix.

Lollapalooza is one of America’s most popular music festivals. Held annually in Chicago’s Grant Park, it features various performers from diverse genres. Apart from excellent live performances from artists like Ariana Grande, Cochiso, and The Weekend, the festival also has food vending stations and other activities to keep fest-goers entertained in-between sets.

Because of the sheer size of the Lollapalooza festival and its attendees, it is hard to replicate a similar one in another part of the US. If you enjoy different music genres and are looking for the experience of your lifetime, it must be on your must-attend festival list.

AfroNation is undoubtedly the greatest AfroBeats festival globally. The festival is held annually at the golden sandy beaches of Portimao, Portugal, and runs for three days. Founded in 2013, it aims to celebrate the biggest African acts, from Afrobeats, Amapiano, Dancehall, and R&B to Afro House and hip hop.

Exit is a summertime festival held annually at one of the best festival locations, Petrovaradin Fortress. It is perhaps the most unique festival on this list since it began as a movement for Serbian students fighting for peace and democracy.

Exit is still run by an NGO whose primary social goal is to help young generations in the Balkans. The festival has 40 stages divided into zones where almost 1000 artists perform.

Music is one of the greatest unifiers, and there’s no greater highlight for the summer than attending the best festivals in the world. These six and some of the best globally, and they understandably attract huge crowds. Others include Fuji Rock in Japan and Coachella.