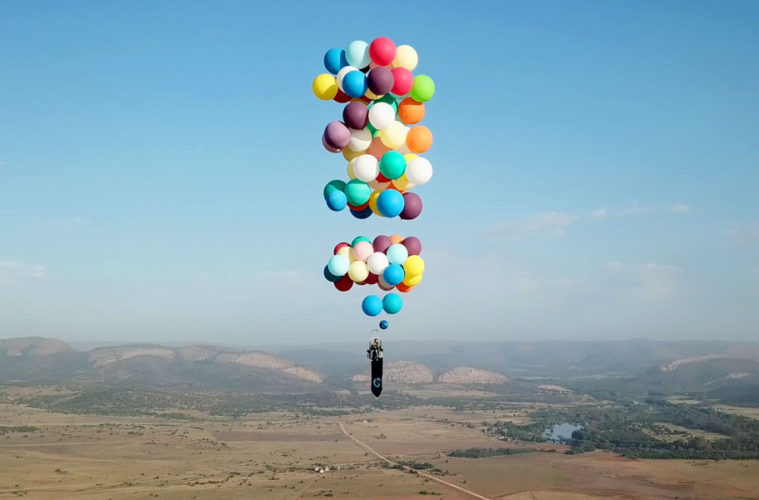 An adventurer of a different kind

On the face of it, Tom Morgan’s adventure CV is a little odd. It includes traversing the Himalayas, helium balloons, children’s motorbikes, tuk tuks and rubbish cars. But then you read the fine print and a few eyebrows begin to be raised. Tom tied himself to a bunch of helium balloons and flew across the skies of Africa to set up the world’s most ridiculous air race. He rode monkey bikes across the Sahara to set up an adventure called the Monkey Run and has crossed continents in tin auto rickshaws that are barely suitable for a trip to the shops. We speak to Tom Morgan, founder of The Adventurists to find out what on earth he’s up to…

How did it all start?
I was on an exchange with a friend called Joolz in the Czech Republic when we were students studying fine art, which meant we had virtually no work to do and were drunk quite a lot of the time. We bought the world’s worst Fiat 126 in the north of Prague which turned out to be two cars badly welded together. We ended up picking the most difficult place to drive – Mongolia – and set off without packing any spare clothes. We failed to get there as we didn’t have the right visas meaning we only reached the Iranian border. An idea was seeded however and a few years later we tried again, but were joined by six other teams…The Mongol Rally was born. 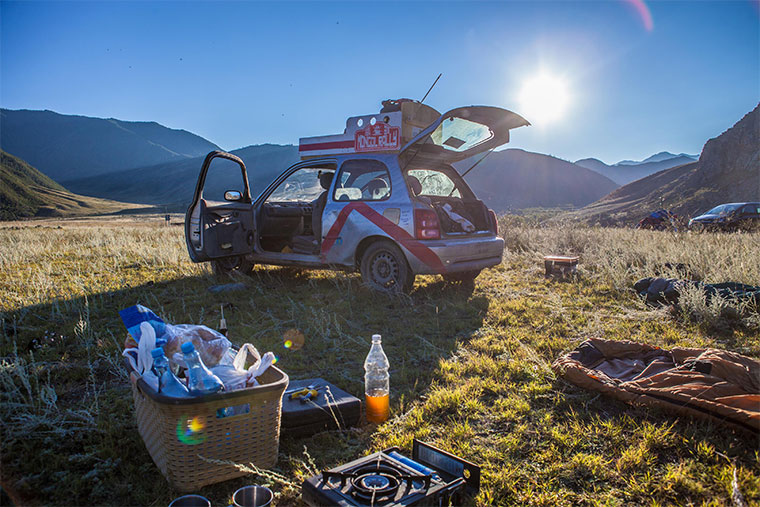 What came next?
The Mongol Rally, basically teams driving from London to Mongolia (although the start and finish lines change from time to time) in rubbish cars, went from strength to strength and this year we’ll get over 300 teams taking part. Epic chaos ensues each year, whether its people being thrown in jail in Russia or getting lost in the Middle East, but no one ever finishes without having a few stories to tell.

As the popularity of the Rally grew we realised there was a thirst for this kind of adventure, not least from ourselves, so we started think about what else we’d like to do – thinking if we wanted to do it, surely there were other people in the world stupid enough to want to do it too. We came up with a few different ideas and then launched The Rickshaw Run, riding across India in a rickshaw, followed by the world’s longest horse race, The Mongol Derby, 1000 miles across Mongolia (I hasten to add that the riders do that distance, meaning lots of sore backsides, but the horses get changed every 25 miles).

And now?
We do Monkey Runs through the Peruvian Amazon, Morocco, Romania and Mongolia. Monkey Bikes are basically a child’s motorbike, which are incredibly fun to ride and it doesn’t really matter if you fall off because you’re so close to the ground. They have an engine of 49cc which makes them almost completely useless for going uphill and so they’re perfect for the Andes. An added bonus is that everyone laughs at you all the time, which makes getting to know the locals a whole lot easier. 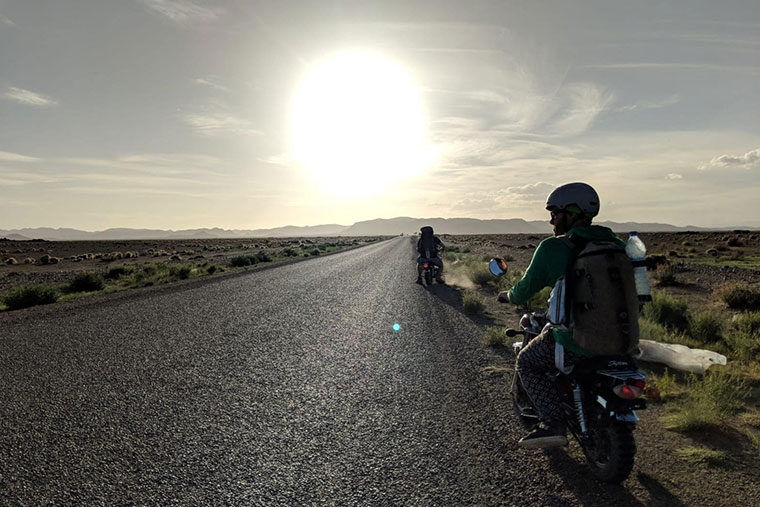 We also now have Rickshaw Runs in the Himalayas and Sri Lanka and a horse race through Patagonia. There are also a few new things on the horizon, once we’ve figured out if there’s any chance at all of not losing all the participants taking part.

What’s wrong with ‘normal’ adventure trips?
I think people can have an adventure anywhere. It’s not so much about the activity it’s about the way you approach it. Some people would call climbing a mountain an adventure. I think that depends on how you do it. If you plan your trip or have a guide and an itinerary and all the right equipment you can still have a nice time but it’s not an adventure. It becomes either a holiday or it is a type of sport. Both great but if you climbed the same mountain but knew nothing about it and only got halfway up because you got lost and ran out of food. Then you’ve had an adventure. To me, adventure is about setting off into the unknown. You could have an adventure in a supermarket as much as you can in a far-flung setting. Our job is to set the stage for chaos. We’re not a travel company or and adventure company, we try to give people chaos.

So it depends what you mean by “normal adventure”. I’m not sure those two words go very well together. Like “freezing hot”. But if you mean travel, holidays or outdoor sports then there is absolutely nothing wrong with them at all. It’s awesome. I just think there is a need for people to get lost and stuck more often than they do as well. 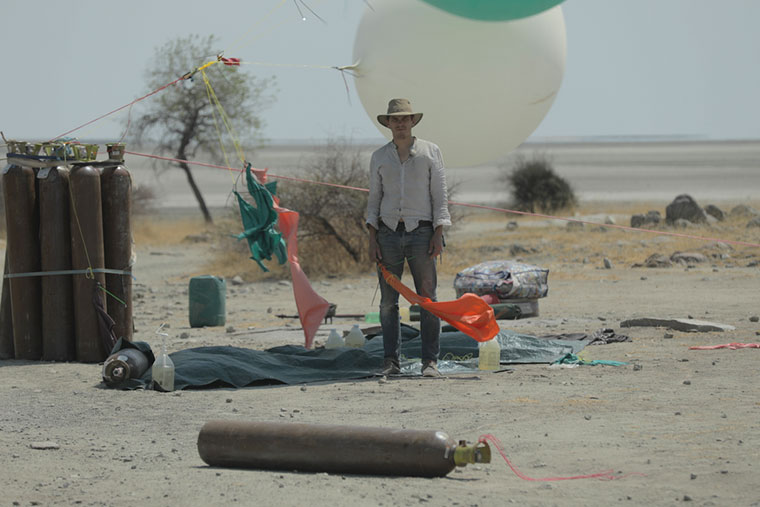 What are you most proud of?
We ask everyone who takes part in one of our adventures to raise money for charity. We split this between our official charity partner, Cool Earth (a charity that works with local people to halt deforestation and climate change), and the participants chosen charities. Over the years we’ve managed to raise 8 million pounds. I like to think we’re helping save the World a little.

What’s next?
I tied a hundred helium balloons to a camping chair in South Africa as a test run for a new and particularly ridiculous air race. I managed to get up to 2,438m and drifted around 16 miles, having to burst the balloons to get down again. It was somewhere between mind-blowingly awesome and pants browningly terrifying.

Final message
I think getting lost and stuck is an essential need for humans. Not everyone agrees with me though. You could just rock up in a country and follow the tourist trail and have an amazing time. However, there’s nothing like a little disaster in the back end of nowhere if you want to experience something truly memorable that forces you to embrace your surroundings and the people in it. These are the moments that modern life is missing. We believe the world is far too safe and organised, that we’ve come to live in ever-decreasing circles of freedom. Fear of litigation, greed and a spineless refusal to take responsibility for ourselves have robbed us of one of the most interesting things in life: the unexpected. Our adventures aim to rally against this, to force you to be lost, to not know what’s around the next corner, to embrace the unknown.