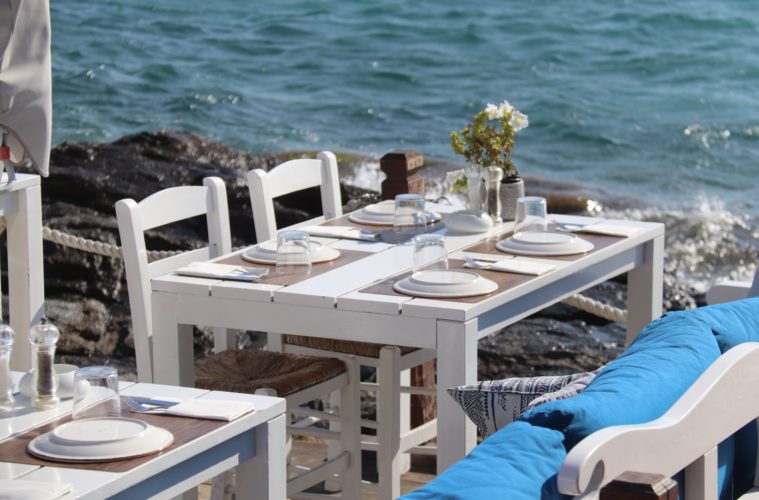 THE CHOMP-IONS LEAGUE OF TRAVEL

With travel reopening, 4 out of 5 adults plan to jet off abroad when they can, but almost half of Brits admit to feeling out of touch with foreign cultures after a year of lockdown restrictions, according to a new study by recipe box giant Gousto.

When experiencing new cultures, 58% of people like to do this through food and almost half of Brits (41%) have been trying to get their culture fix from home by cooking new cuisines.

Now with travel set to reopen, over a quarter of people say a holiday where they can immerse themselves in local customs is at the top of their to-do list and 1 in 5 are craving a culinary experience on their first holiday that introduces them to new foods. However, eating out abroad can be complicated to say the least.

For instance, it’s rude to eat with your left hand in India, if you finish your food in China it means you’re still hungry, and in Korea it’s a big no-no if you start eating before older people.

The new research comes as Gousto launches their new Seoul Train range of flavour-packed Korean recipes, that take food lovers on a journey to experience the country’s exciting food scene from their homes, whilst awaiting the green light on travel.

The recipe box has teamed up with professional traveller and television personality Amar Latif to create a guide to school Brits on international dining etiquette before they board their next flight.

Amar says; “To me, travel and food go hand in hand and you can learn so much about new cultures from trying the dishes and immersing yourself in dinner time traditions. It’s all part of the fun of traveling.

“When I was younger, my family would ask friends multiple times if they were hungry or wanted food. If the friend said no, my family would still bring out the food. When I visited India I learnt that this is actually the traditional way of the Punjabis, so if you’re visiting someone in the Punjab region, make sure you don’t fill up beforehand, because you’ll be expected to have something to eat!

“Hopefully this handy guide with Gousto can save food lovers from any awkward situations by helping to brush up on the dining etiquette of some of the most exciting global culinary scenes.”

Exploring new cuisines on holiday massively influences our at-home cooking, with almost half (46%) of Brits cooking new foods based on the dishes they try on a trip.

The new research has discovered half of travel smart Brits are happy to do their research, claiming to investigate the dining customs of any country they visit before even stepping off the plane. A general internet search (86%) is the place travellers tend to go to get their facts, but two fifths (42%) of people also turn to traditional travel books.

The research discovered there are plenty of new dishes people are still hoping to bring to life in their own kitchen, but Korean food is the cuisine that Brits most want to cook at home, with 1 in 5 people admitting that they’d love to give it a try. Alongside Korean, many people also have their eyes on creating Thai (19%), Vietnamese (18%) and Ethiopian (12%) cuisine at home.

Kathryn Huxtable, Food Director at Gousto commented; “Experiencing new flavours, ingredients and dishes from around the world is such a powerful way to get immersed in new cultures, and our research shows that this is something that people have been really missing this year.

“At Gousto, we’re proud to offer a huge range of global cuisines so that we can give everyone a delicious foodie culture fix from the comfort of their own kitchen. The new Seoul Train range is inspired by authentic, bold Korean flavours and will take food lovers on a journey to experience the country’s exciting food scene in just eight easy steps.”

When it comes to specific international dishes, 80% of people had no idea that Bibimbap is a traditional Korean dish. 12% thought it hails from Vietnam, while 8% mistakenly claimed it was Lebanese. Brits seem to be much more familiar with Indian cuisine, with 72% of us aware that it’s the home of the dish Biryani.