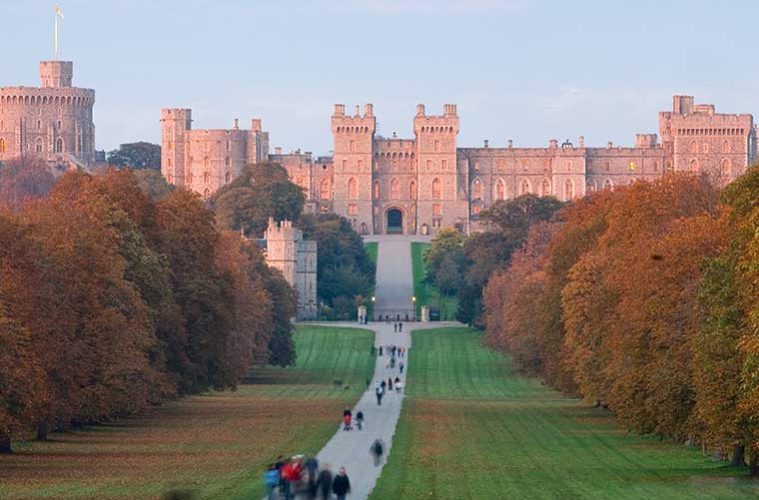 King (or Queen) for a Day

Britain’s rich history means we’ve an abundance of castles across our green and pleasant land. Sadly, some of the buildings are ruined following sieges and wars, but many have survived.

Some of our national treasures offer accommodation. In celebration of the wedding between Prince Harry and Meghan this month, we take a walk through 800 years of Britain’s history and look at nine beautiful castles offering overnight breaks fit for royalty.

This 900 year old castle offers luxury accommodation within its medieval walls. Dine in the 12th century Queen’s Room with its vaulted ceilings or the Great Room, with its oak flooring, tapestries and suits of armour.

Bedrooms are elegantly furnished with antiques as well as modern touches including flat-screen TV and tea and coffee making facilities.

Amberley Castle is completely enclosed by its wall and has a working portcullis that is lowered at night. Climb the ramparts for stunning views or enjoy tennis or croquet during your stay.

This medieval castle is one of England’s most visited tourist attractions. Accommodation includes glamping tents, knights’ village lodges or the castle’s romantic Tower Suites. Situated on a bend in the River Avon, the original castle was built by William the Conqueror and today’s castle was built from the original stone.

Caesar’s Tower Suites include four-poster beds, a private tour of the castle, 24-hour concierhe and complimentary champagne on arrival.

One of the most famous castles in history, this stunning medieval fortress was the childhood home of Ann Boleyn. The Astor Wing of this double-moated castle offers luxury bed and breakfast accommodation. Access to the castle is included and the garden with its famous maze is available for guests to enjoy once the castle closes to visitors.

Hever Castle is said to be haunted by Anne, and is said to be seen drifting over a bridge spanning the River Eden on Christmas Eve. Visitors to Hever will understand why her childhood home gave her such happiness, and why her ghost has returned to it after her death and the turbulence of her courtship and marriage to Henry VIII.

Just eight miles from Edinburgh, Faside Castle offers unique bed and breakfast accommodation at the top of its tower. Rooms include 7-foot wide ‘Emperor beds’, stone built fireplaces and stand-alone slipper baths. A steep spiral staircase and a glass walkway over the old dungeon leads up to the roof top walk, with its perfect views of sunsets over the Firth of Forth. Guests staying in the Tower Vaults also have exclusive use of the finest room in the castle, the Great Hall. This magnificent old room has an original stone built fireplace with a log-burning stove, perfect for winter evenings.

Dornoch Castle has 21 en-suite bedrooms, some with four poster beds, and its restaurant features award winning chefs, as well as a significant malt whisky selection to be enjoyed. It was built in the 15th century on the site of the Bishop’s Palace of St Gilbert and stands opposite the 12th century Dornoch Cathedral founded by the saint. Its history is bitter and bloody and in 1570 it was involved in clan warfare between the Murrays and Mackays.

This magnificent Tudor castle-palace is set in historic parkland and is the only Tudor castle to operate as a hotel and restaurant. Frequented by kings and queens, courtiers and ladies-in-waiting, Thornbury resonates with history. Roaring fires, sumptuous bedchambers and excellent modern cuisine await guests who can choose from luxurious rooms such as the Gloucester with its views of the oldest Tudor gardens in England, or the Duke’s Bedchamber where King Henry VIII and Anne Boleyn slept.

Said to be one of the most haunted places in Ulster, Ballygally Castle overlooks the golden sands of Ballygally Bay. Built in 1625, this luxury hotel now offers 54 elegant bedrooms, with private dining available in the medieval dungeon. The 4-star Ballygally Castle Hotel has a Ghost Room and dungeon where its haunted history can be explored by brave guests.

Tregenna Castle Hotel has 80 bedrooms set within 72 acres of extensive grounds. Just six minutes’ walk from the beach, the resort overlooks St Ives and the Cornish coast. Self catering options are also available, and the hotel has its own Poldark suite, although not with a resident Poldark unfortunately. It’s been a castle since Great Western Railway opened its St Ives branch line in 1877, leased and opened as an hotel since August 1878.

Once the family home of a wealthy East India merchant, this French Renaissance-styled building sits beside the River Clyde offering guests peaceful and comfortable accommodation, along with a high standard of food and service. Glittering chandeliers in its Grand Ballroom, vast gardens and a helipad, Cornhill Castle is  a secluded hideaway of true elegance.

Have a look at more hotels in the UK.