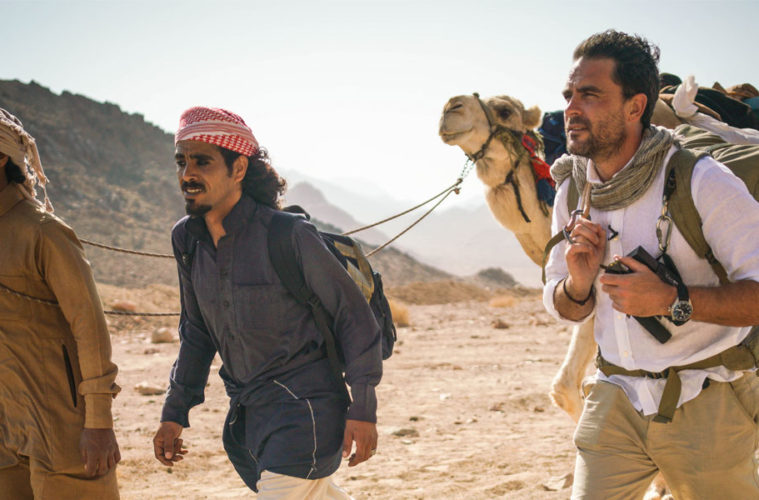 “My name is Levison Wood. I’m an explorer, a writer, and a photographer. I’ve walked the length of the River Nile, the length of the Himalayas, and all of Central America. I’ve crossed over the Caucasus Mountains, from Russia to Iran, and most recently I’ve completed a 5,000 mile circumnavigation of the Ariabian Peninsula, taking in countries like Iraq, Syria, Yemen, and the Empty Quarter Desert. So, I’m here to talk about my journeys, my books, and my TV shows, and share the experiences with Travel Pocket Guide.”

An interview with Levison Wood by Ben Farrin 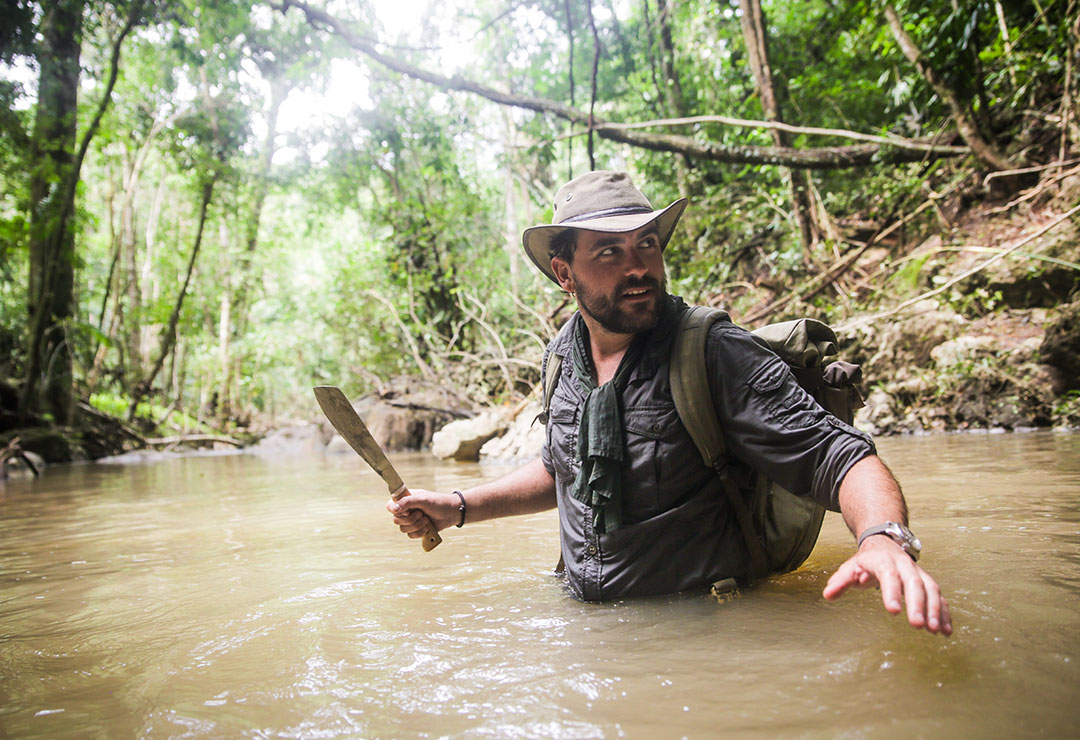 In your first TV documentary, ‘Walking The Nile’, 4,200 miles across 6 countries, you said that you wanted to stick quite close to the river, but the hippos were a threat to you. Was that the biggest threat in terms of wildlife?
They’re considered to be one of the most dangerous animals in Africa; they account for quite a lot of people who get trampled. Having said that, psychologically it was the crocodiles, because they’re there but you can’t see them. Whenever you go and get water from the river or you want to bathe, you’re always thinking, ‘is there a crocodile waiting in the shallows to drag me in?’ It was quite nerve-wracking at times! It’s something you always think about; I’d met lots of people who had lost friends and family members to crocodiles, so it’s a real threat. But at the same time, for me, it was also an opportunity to raise awareness about conservation issues.

In the next documentary you filmed, ‘Walking the Himalayas’, you went on a 1,700 mile trek through harsh environments. There were endless risks: avalanches, altitude sickness, monsoons, terrorists, bears, crocodiles, and elephants. How much training are you given to face these unpredictable risks?
I’d walked the length of the world’s longest river through Africa – the Himalayas are very different, going through the mountains there but again, lots of risks. I’d trained, in terms of being in these sorts of environments. I’d done some mountain climbing with the army – I spent quite a lot of time in Nepal – I knew the route quite well, I have been to Afghanistan. I was in the best position to do this journey and, inevitably though, it’s the slightly less glamorous things which are the most dangerous. The closest I’ve come to the real tragedy was when my car was involved in an accident. The car went flying off a cliff when the brakes failed, so that’s not something you can really do much about. You do what you can, but in countries like Nepal where road safety isn’t exactly the priority, you have to be very careful – but these things happen.

The following massive expedition, ‘Walking the Americas’, took you through 8 countries from Mexico to Columbia. It was the first trip I’ve seen where it started and ended with the same guide. And he was your friend too. What was it like completing the first expedition for the documentaries with a friend?
Alberto is still one of my best mates, he’s an incredible guy. I actually met him a few years before when I was just visiting Mexico, when he was a photographer. We’ve got lots in common. So, he was the first person I wanted to come with me and he was up for it. He’d been through a bit of a crisis himself; he’d just got divorced, and he was at a loose-end, so he was just like, “you know what, I’ll come with you!” And, good on him. He never walked anywhere in his life; for him this was a huge challenge, more so than for me because I’d already done these two expeditions before, but he just wanted an adventure. He’d never been to most of the countries in Central America outside of Mexico, so it was all new for him. He wasn’t so much of a guide, he was a walking companion, and just great company. For me, in particular, it was just really nice. In six months of walking, I don’t think we fell out once. I think if you can find a companion like that, to travel with, it really makes the journey. Out of all the journeys I’ve done, it was certainly the most fun because Alberto was such a great character. 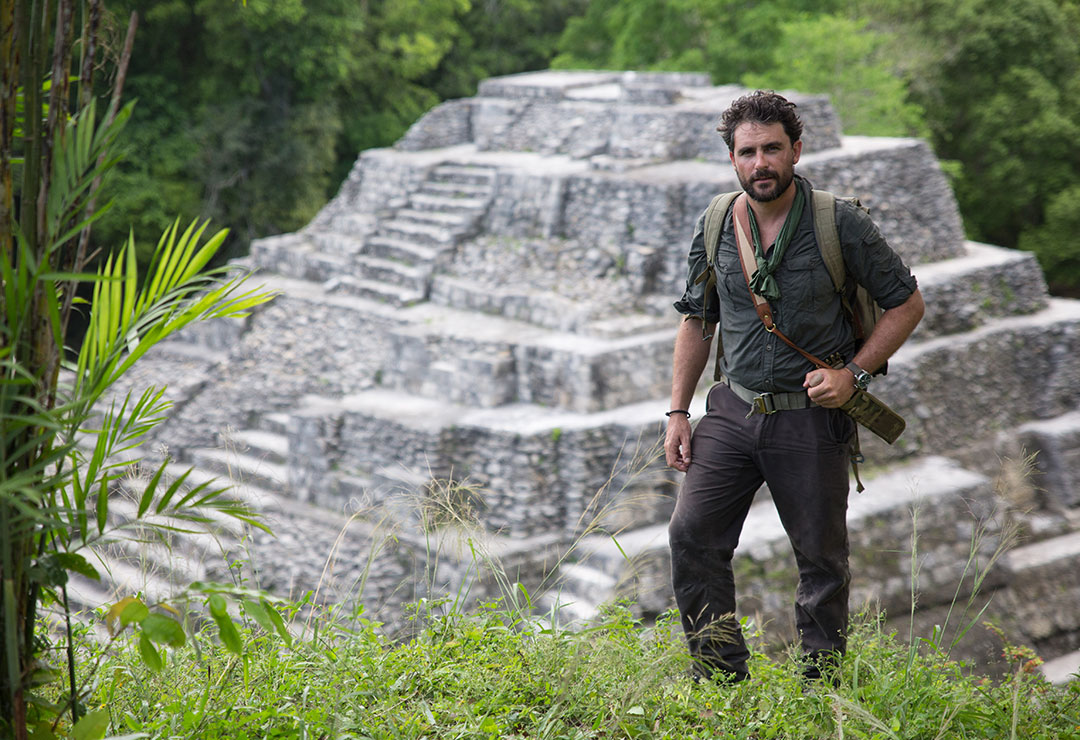 Whilst on that expedition, you discovered a hidden pyramid in the jungle. How much of the world is undiscovered – not on Google Earth, maps, or in any guidebooks?
It’s a really interesting question. Whenever I find something like that, I just think, “Wow, isn’t that amazing to be possibly the first person to set foot on this thing in hundreds if not thousands of years.” It goes to show that we know only a very small percentage of what’s out there.

So, let’s talk about your most recent, 5,000 mile expedition, travelling the Arabian Peninsula. It’s coming out on TV soon.
That’s the plan! We’re trying to find a place for it to go. It hasn’t got a station just yet but watch this space. 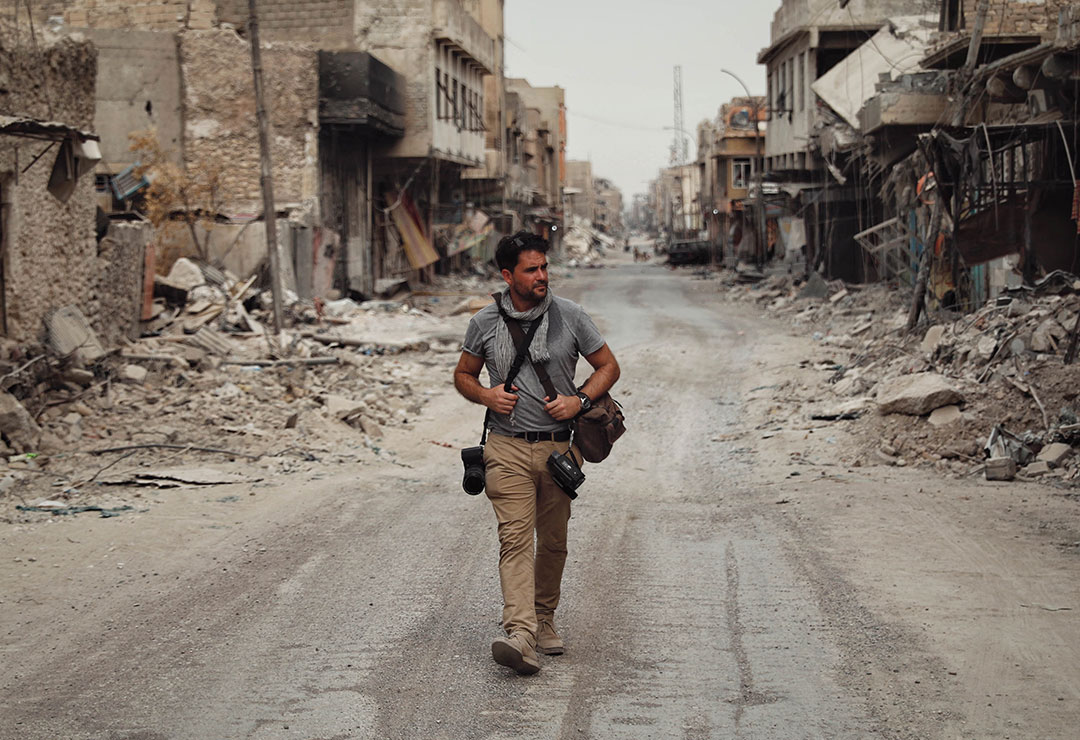 Before you left for this expedition, what were the biggest risks on paper?
Well, this is potentially the riskiest expedition. In terms of the region, it’s usually turbulent and unstable – now more than ever. It’s faced with conflict in Iraq, Syria, Yemen, not to mention all the bureaucratic hurdles to get through, just to get access to half these countries like Saudi Arabia, like Iraq. So it was a fascinating journey; really, really, really worthwhile, I think, to shed a light on a region which we only ever see a small percentage of, usually for the wrong reasons. What I wanted to do this journey was to really try and understand some of the complexities of the Middle East, but hopefully showcase that for an audience; not through the lens of a war reporter or a correspondent, but very much through a traveller who’s travelling at the mercy and the kindness of strangers.

What would you say you got out of that trip the most?
Well the journey was about, for myself, to try and understand why there’s so much conflict in the Middle East, why it’s the most unstable part of the world – to try and just grasp some of the complexities. I came away, I think, with more questions than I have answers, because it’s even more complex than we give it credit for. It’s a very difficult region but I came away with some semblance of hope because of the incredible hospitality which was shown throughout. 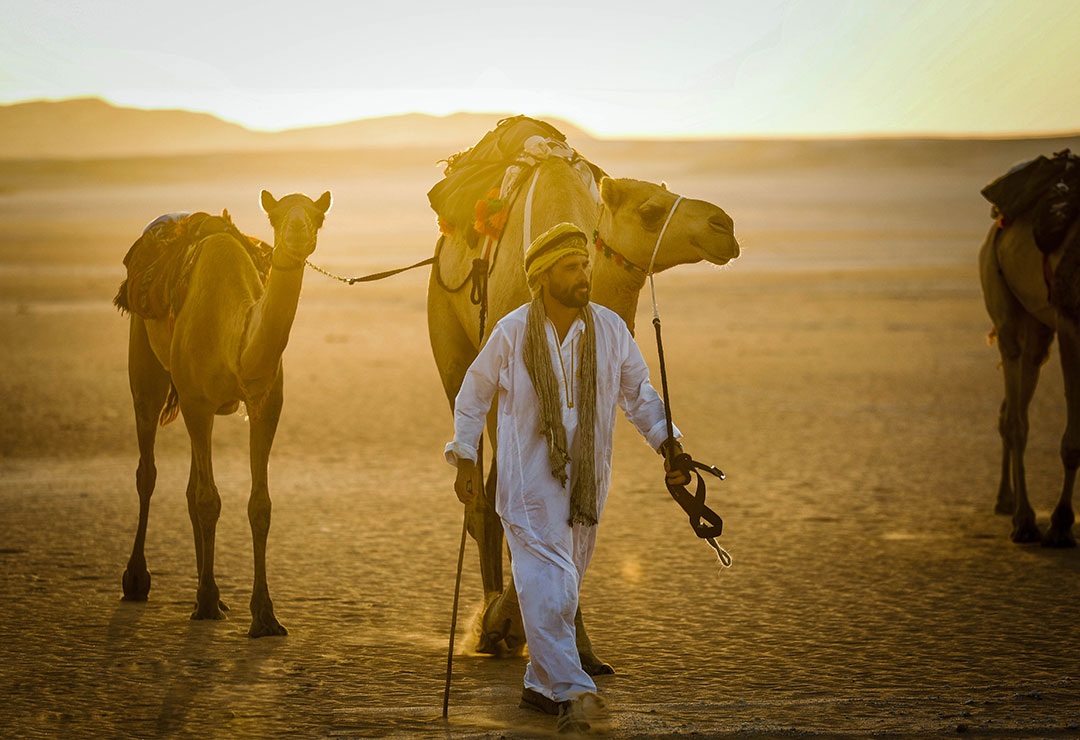 Who were the biggest characters you met along the way?
I met everyone from an Iraqi sniper who’d been in every conflict since 1973 – he killed over 460 people. I met dignitaries, politicians, I met soldiers, I met people who we’d probably call terrorists – the whole spectrum. Some of the friendliest people I met were the simple Bedouin, who lived in caves in places like Jordan and they were the people who looked after me and travelled with me and got their camels, and off we went travelling across the desert.

If you could go back to one part of the trip, which moment would you choose and why?
That’s a very good question. I think Lebanon is a country I would love to go back to. It’s absolutely beautiful. I was only there for about a week to cross it; I’d love to go back and see more off because it’s just so beautiful. The mountains, the snow, the views; it’s really an incredible place.

Thank you so much for your time – I can’t wait to see the show!