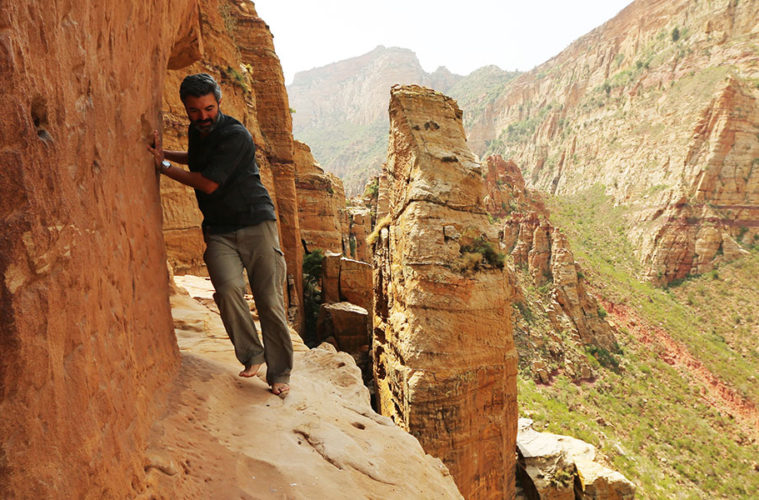 Reza Pakravan risks his life to cross the Sahel

Earlier this year, Reza Pakravan, a British explorer and filmmaker, became the first person in modern history to have travelled the full length of the Sahel. A belt of land stretching across the southern boundary of the Sahara desert, the Sahel spans the width of Africa, from Senegal to Somalia, and is home to some of the harshest conditions on the planet, where the effects of climate change are most felt and rebel uprisings are common.

Like many explorers, Reza Pakravan has had a fascination with Africa since he was a boy but felt there were still vast areas of the continent we knew little about. He wanted to document these forgotten frontiers and tell the story of those who live there, whilst setting himself a new challenge.

Having made a host of incredible journeys, including cycling the Sahara (for which he holds a Guinness World Record) and the length of the planet and travelling 4000km through the Amazon, Reza Pakravan felt he was ready for this latest adventure, but it turned out to be his most courageous challenge to date and stretched him both physically and mentally like never before.

“The hardships of travel were familiar, but being confronted first hand with the life and death consequence that climate change has wrought upon the land, and uncovering how desertification has contributed to the greatest internal migration ever witnessed on the planet and has helped feed a rise in terrorism and migration, was mentally hard to deal with.” 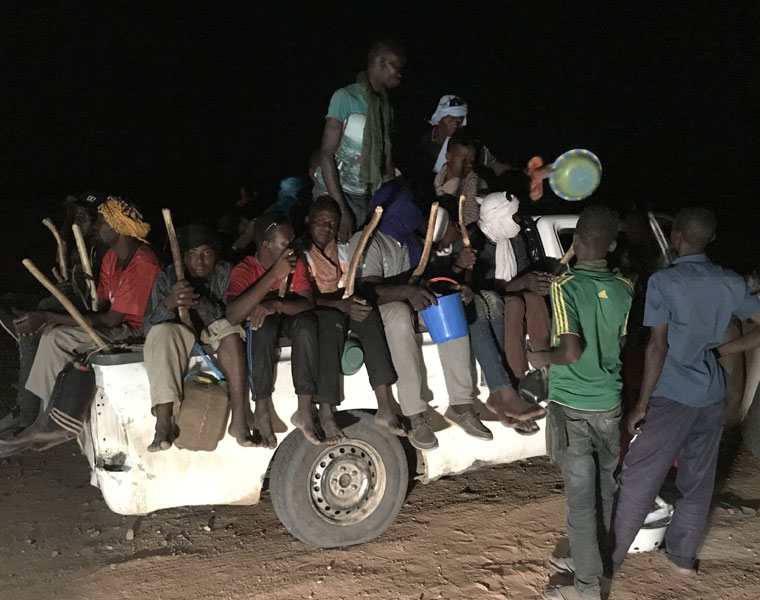 Reza travelled across the continent by whatever means were available to the local people, whether that was on buses, in the back of pick-up trucks or by foot, and ate the same local foods from the same bowls, allowing him to gain a unique insight into the lands and cultures through which he travelled.

Along the way, Reza was initiated by an animist priest in a bloody voodoo ceremony in Burkina Faso, where large blisters mysteriously appeared on his hands. He was held at a gunpoint by human smugglers in Niger and experienced travelling with migrants for part of their journey to Europe. He visited the sexually liberated Wodaabe nomad tribes, where married women have the right to take a different married man as a sexual partner (the man has the opportunity to refuse, though this is rarely exercised) and houses consist of little more than portable beds. 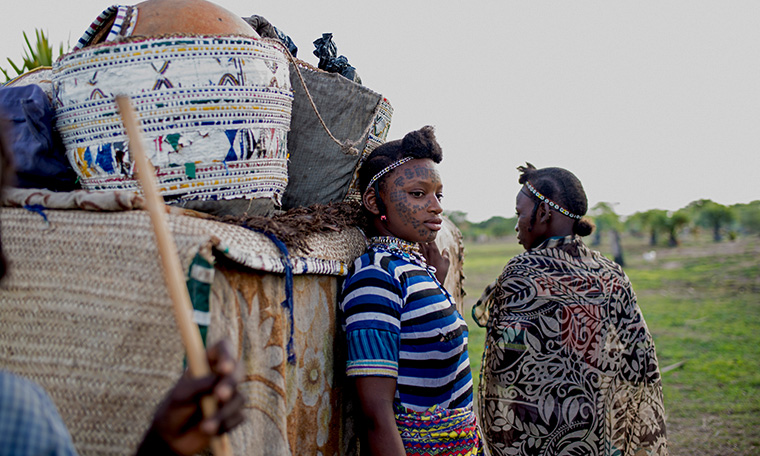 Reza Pakravan stayed with isolated communities on the shores of Lake Chad, whose waters have shrunk by an amazing 90% in the last fifty years. He learned how 10 million people have been affected by this shrinkage, with most now relying on humanitarian relief to survive, and how the area has become a hotbed for the Boko Haram recruitment, as young men become desperate, unable to make a living on farms or from fishing.

Reza Pakravan hit Sudan as protestors clashed with the military, following the toppling of dictator Omar al-Bashir, and had to dodge bullets in Khartoum, before being arrested and kicked out of Darfur by Sudanese intelligence. Towards the end of his epic journey, Reza crossed the Danakil Depression in Ethiopia, experiencing temperatures rising to 50oC, and met the Afar people who live in the hottest place on earth. 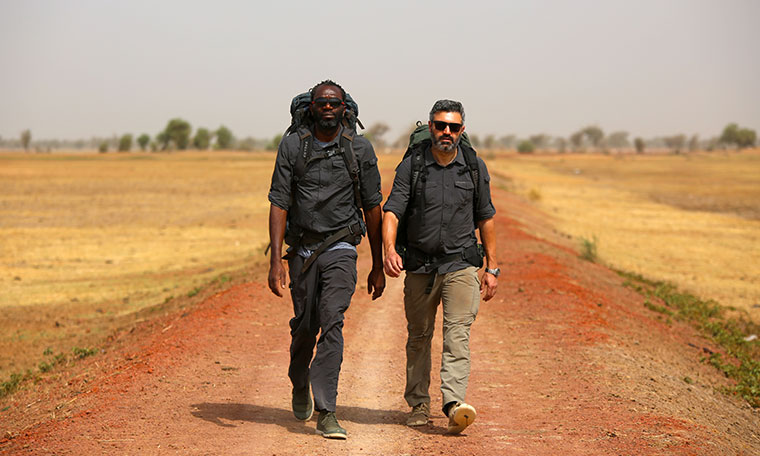 “I need some time to digest what happened in the last few months. What I have seen during my journey I am not going to forget anytime soon. It made me appreciate how complicated this region is and I feel so privileged to tell its untold stories. To understand migration issues and terrorism one must deeply understand religious and cultural dynamics as well as take a deep look into climate change and desertification. There is no simple solution. Amongst the challenges I faced I also saw incredible reasons for hope. 15% underway, the Great Green Wall is set to be an 8000km wall composed of thousands of trees, stretching across Africa and hoping to help to stop desertification and bring life back to the Sahel. Once complete, the Great Green Wall will be the largest living structure on the planet, 3 times the size of the Great Barrier Reef. In Mali, I was in awe of how communities came together to help with the annual refurbishment of the Great Mosque of Djenné, which is made entirely of mud. If the Sahelian countries and its people come together and get behind the Great Green Wall, it will raise the hope for solving many problems in the region. There are tangible economic benefits including selling carbon offset to developed nations and subsequent creation of a whole new green industry in Africa.” 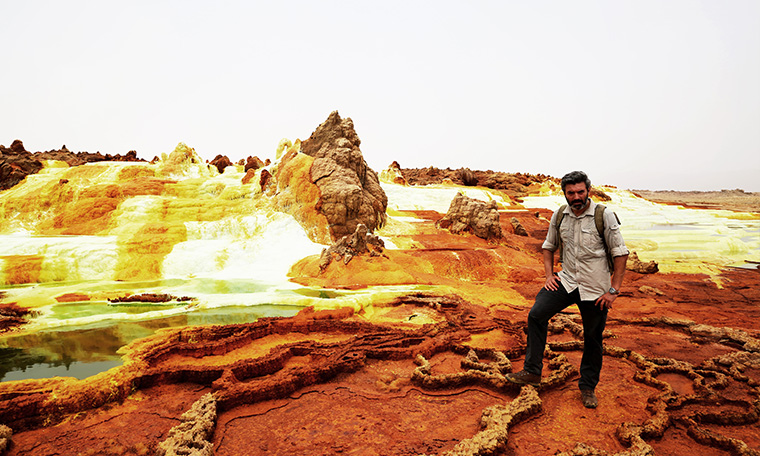 Chronicling his daring journey Reza Pakravan documents issues such as tribal wars, climate change, human trafficking, poaching, and religious friction, whilst crossing the hottest zone on earth at the hottest time of the year. You can keep up-to-date with his journeys here: https://www.rezapakravan.com/journal

The expedition was supported by the Scientific Exploration Society and Reza would like to thank sponsors Sun Chlorella, Craghoppers, Lestoff, Wildling, Tentsile, BodyMe and Eagle Creek.