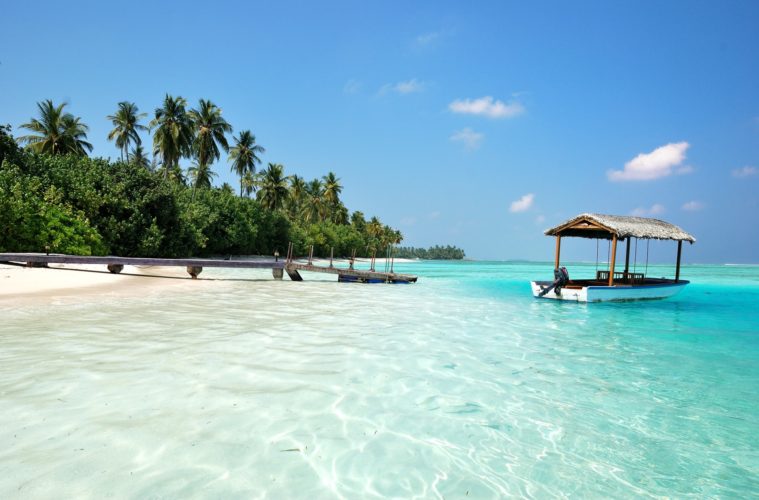 TIME FOR SOME VITAMIN SEA! SHEBA® IS ON THE SEARCH FOR A HOPE AMBASSADOR TO PLAY A VITAL ROLE IN CORAL REEF RESTORATION IN THE MALDIVES

A nation-wide search has begun for the SHEBA® Hope Ambassador, with the opportunity to visit the Maldives to take part in a new restoration project, which forms part of the world’s largest coral reef restoration programme – Hope Grows

The three-week Ambassador programme in the Maldives and the UK forms part of SHEBA®’s global campaign, ‘Hope Grows’, which unveiled its first coral reef restoration project – Hope Reef – in Sulawesi, Indonesia in 2021

Since its construction, the original Hope Reef has seen coral cover increase from 2% to 70%, the average size of fish increased by 175% and there has been a 10% rise in the number of fish species present at the reef

Applicants do not need any formal experience, but having a passion for the environment, strong swimming ability and a knack for storytelling are a must. This once-in-a-lifetime opportunity will see one lucky UK applicant partnered with a Maldivian Hope Ambassador to join the HOPE GROWS movement and experience the journey of coral restoration first-hand.

If you are the lucky candidate that secures the opportunity to become the SHEBA® Hope Ambassador, the three-week role will see you split time between the UK and the Maldives. You will have a week of training in Leicestershire, UK, with the Mars Petcare and coral restoration team, before flying out to Fulhadhoo where you’ll participate in active coral reef restoration. Your role will involve you joining local community members on the island, including partnering with a Maldivian Hope Ambassador, preparing and planting reef stars – all while keeping everyone updated with regular blog posts on the SHEBA® website and capturing content, stories and interviews about life and the community on the island.

The Ambassador programme forms part of SHEBA’s® global campaign called ‘Hope Grows’, created to restore the beauty in our oceans. In 2021, SHEBA® unveiled its first project located off the southwestern part of Indonesian island of Sulawesi, with satellite images revealing a beacon of hope visible from space – the 14m by 46m spelling of the letters H-O-P-E using regrown coral – at Hope Reef. This poignant message acted as a symbol to the world of how positive change below water can happen within our lifetime – inspiring people to take action and protect our oceans.

The SHEBA® Hope Reef coral reef restoration project plans to restore coral reefs, measuring more than 185,000 square meters—roughly the size of 148 Olympic swimming pools—at key sites around the world by 2029. SHEBA’s® new work in the Maldives and its search for its Hope Ambassador is a continuation of the successful coral restoration efforts seen in Indonesia and signals the next phase of the world’s largest coral restoration programme.

Sam West, Global Brand Manager, SHEBA® said: “We are thrilled to be searching for our very own SHEBA® Hope Ambassador. This is a one-of-a-kind opportunity to become part of the world’s largest coral reef restoration programme and we encourage anyone with a passion for ocean conservation and storytelling to apply. We hope that our SHEBA® Hope Ambassador helps inspire others to consider how they can also protect and restore critically threatened ecosystems.”

This is critical work, as climate change, overexploitation, destructive fishing practices and marine pollution have impacted ocean health significantly. SHEBA® has seen the success of coral restoration efforts and its innovative ‘Reef Star’ technology at Hope Reef in Indonesia.  Since its construction, coral cover has increased from 2% to 70%, the average size of fish on Hope Reef has increased by 175% and there has been a 10% rise in the number of fish species – a strong success story for future and current project plans.

Professor David Smith, Chief Marine Scientist at Mars, Inc., said: “Scientists have estimated that if we do nothing, 90% of the world’s tropical reefs will be gone by 2043—a devastating prospect not just for the reefs’ ecosystems, but for the nearly 500 million people who depend on the reefs for food, income, and coastal protection.

We know that coral reefs are the heart of our oceans and the continued work on Hope Reef shows that there really is hope. Our efforts around the world to restore and regenerate these precious ecosystems are showing exciting results and having a positive impact on local communities. We hope to inspire others with the help of a SHEBA® Hope Ambassador.”

Aya Mariyam Rahil Naseem, Co-Founder and Vice Chairperson of the Maldives Coral Institute said: “The ocean makes up 99% of my home, the Maldives, and coral reefs are the very heart of our oceans. Coral provides the very foundations for Maldivian society, which is why we’re proud to be part of the Hope Grows movement working to restore these vital ecosystems. It’s more important than ever, that we invest in ocean-based solutions and we can’t wait to welcome the SHEBA® Hope Ambassador to our family.”

SHEBA’s® sustainability efforts are being supported by parent company Mars, Inc. who recognises the threat to the world’s coral reefs and is passionate about tackling this head on. SHEBA® hopes to play the role of catalyst, helping to ensure the future has coral reefs and fish. Mars Pet Nutrition, a division of Mars Petcare which owns SHEBA®, sustainably sources 100% of the fish used in its pet products in Europe, including SHEBA®, aligned to Mars’ sourcing guidelines.

Applications to be considered for the role as SHEBA® Hope Ambassador close on 30 June. Please see here for the full description and requirements: http://www.shebahopegrows.com/uk/ambassador

To play a role in reef restoration, so that we have more coral today and more fish tomorrow, watch and share this video #hopegrows: