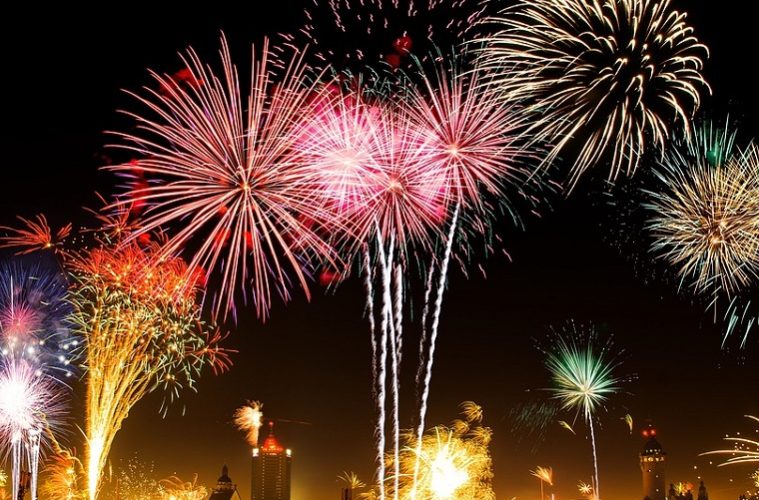 This is a Spanish tradition where on New Year’s Eve you have twelve grapes at the ready. When the clock hits 12 midnight, you have to stuff a grape in your mouth with each chime! By the time the clock has finished chiming you are supposed to have finished all your grapes, but we don’t think this ever quite happens. Do you know how hard it is to try and eat twelve grapes so quickly?!

It is a New Year’s ritual for Romanian farmers to try to turn themselves into Dr. Dolittle by talking to their animals. If the animals understand the farmer then some consider it good luck, although others consider it bad luck, so no one is really sure! It’s not clear where the tradition originates from, but it is also practiced in Belgium.

Diving into below freezing waters on New Year’s Eve is not the most appealing thing in the world. In Siberia it is traditional to plant your ‘New Year Tree’ under the surface of the freezing Lake Baikal. Only professional divers take part in this though, as it’s quite a dangerous thing to be doing.

At midnight in America it is customary to celebrate the New Year with the raising or lowering of an object (the ball drop in Times Square for instance). In many towns it is a live possum that is lowered in a box (rather than dropped), to avoid injury. The possums are let go afterwards, but this practice has received criticism from animal activists PETA.

Hoping for a big trip away in the New Year? Then grab your suitcase and follow the Colombian tradition of running around the block with an empty suitcase! It is meant to guarantee that you will be able to travel in the coming year. Passports at the ready!

If you are in South Africa for New Year’s watch out, they have a tradition of having an early spring clean. It is customary to throw out old furniture and belongings, (some people just get rid of old toasters), but it has been known to see old sofas lining the streets.  The idea is to throw out the old to bring in the New Year with a fresh start.

Hoping to ward off bad spirits in the New Year? Then take note from Dutch farmers, they fill up their old milk churns with explosives and light them!  The tradition originates from the World War when there were lots of explosives left in The Netherlands, and there wasn’t anything to do with them.

Sounds like a New Year’s tradition that happens outside every pub after everyone’s had too many drinks. In Peru, villagers fist fight with whoever they’ve had disagreements with in the past year! This helps to settle any differences and wipe the slate clean for the New Year.

Christmas and New Year is normally a time of overindulgence, and the Estonians have really taken this on board. A New Year celebration is to eat 7, 9 or 12 meals on New Year’s Day! If you can manage this, it means you will have lots of food for the following year. Make sure you don’t eat the whole lot though; you’re supposed to leave some for the spirits of your loved ones that have passed away. Bit weird.

Circles are a sign of prosperity in The Philippines, and this is why on New Year’s you will find people wearing polka dots. It is also traditional to fill your pockets and wallets with coins; this will mean that they will not be empty for the coming year.