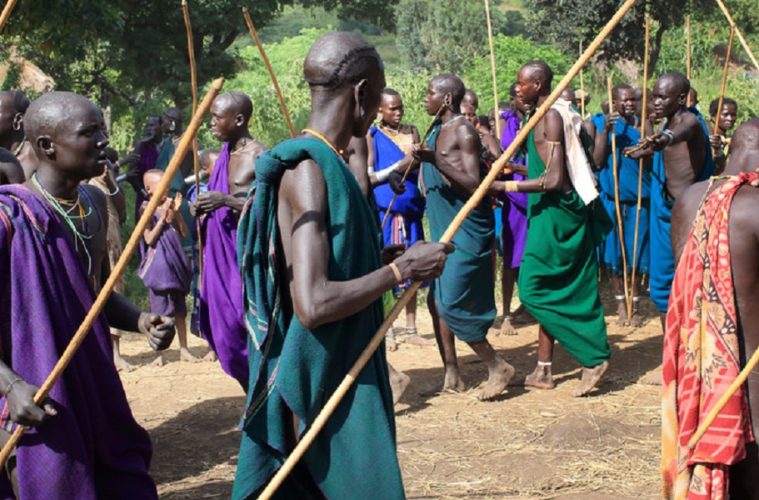 In Ethiopia, west of the Omo river, lives an indigenous tribe called the Surmas. Around 7,000 people live in simple, round thatched-roofed huts. Many live under one roof. There’s no running water and virtually no Western amenities like toilets or TVs. 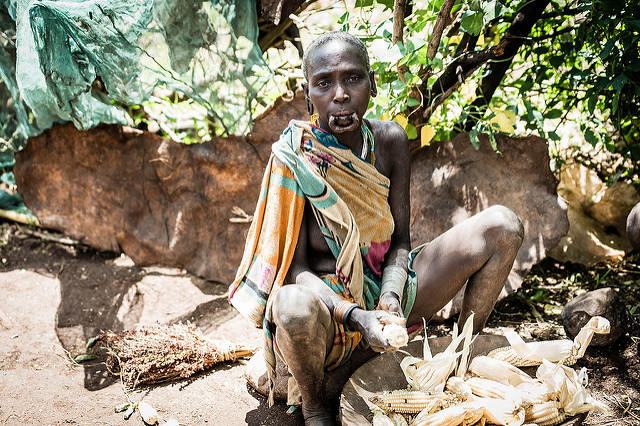 The livelihood of the Surmas is based on agriculture; they eat mostly barley and maize in porridge form, with their cattle being their most prized possessions. Neighbouring families or even entire tribes sometimes go to war over cattle. Cattle is often accepted by future father-in-laws as a form of dowry ahead of a wedding. 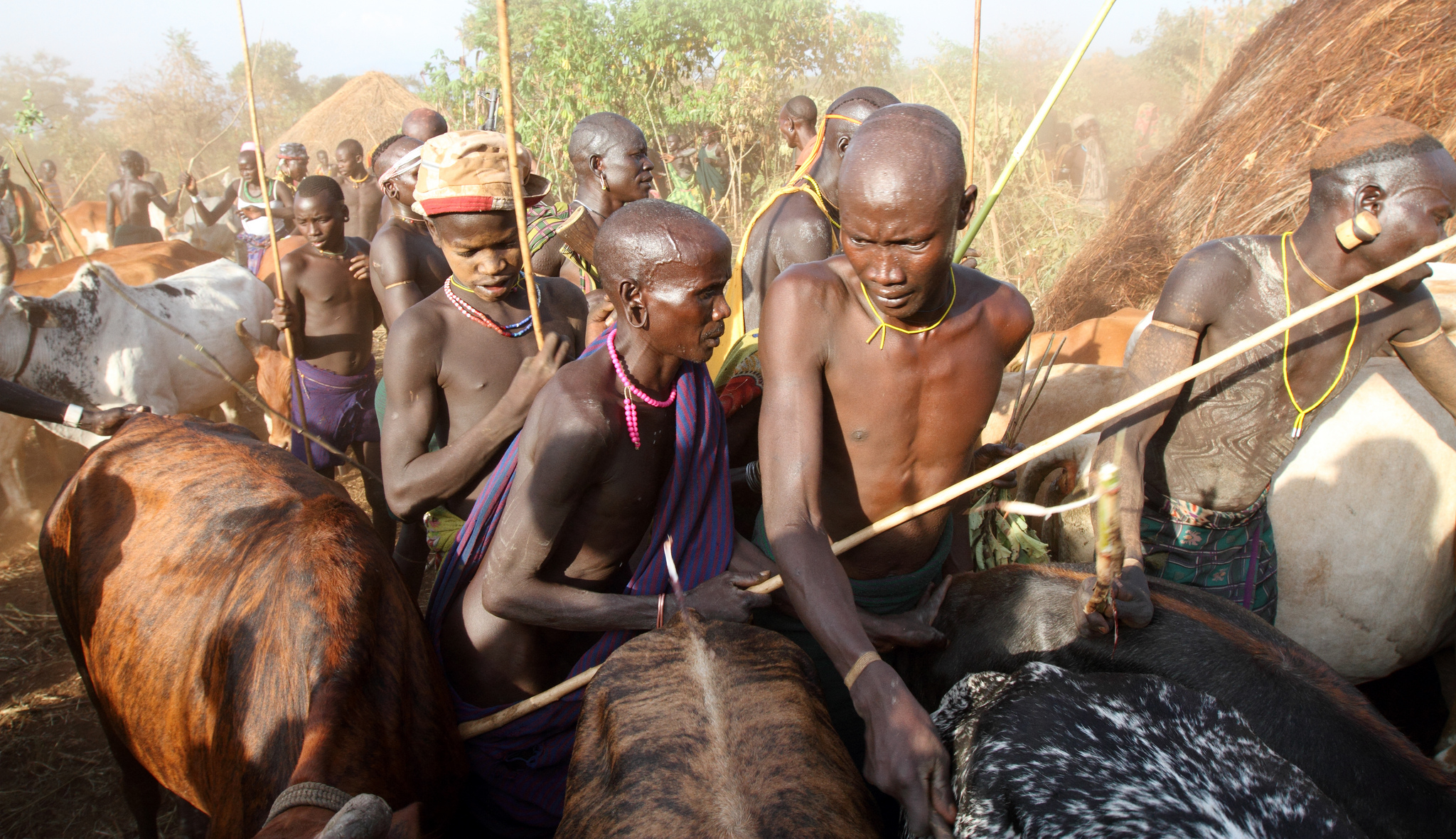 The Surma men spend most of their time looking after the precious herds of cows. They guard them against thieves with machine guns that they carry – one of the very few Western modernisations they have adopted.

Young warriors often spend many weeks or even months away from the village with their herds. At these times, they consume only milk mixed with blood. They paint each other with white clay in order to look intimidating and command respect. This body painting is also important for tribal celebrations like the famous ‘donga’ fight – a highly prestigious event at which the men demonstrate their strength and skills in fights with sticks.

The Surma people, also known as the Suri, adorn their heads with brightly coloured flowers as well as painting their faces and bodies for important events. To create the paint, they mix leaves and petals from various flowers, with crushed white or red rocks and water. There are no mirrors here, so the tribeswomen paint each other. 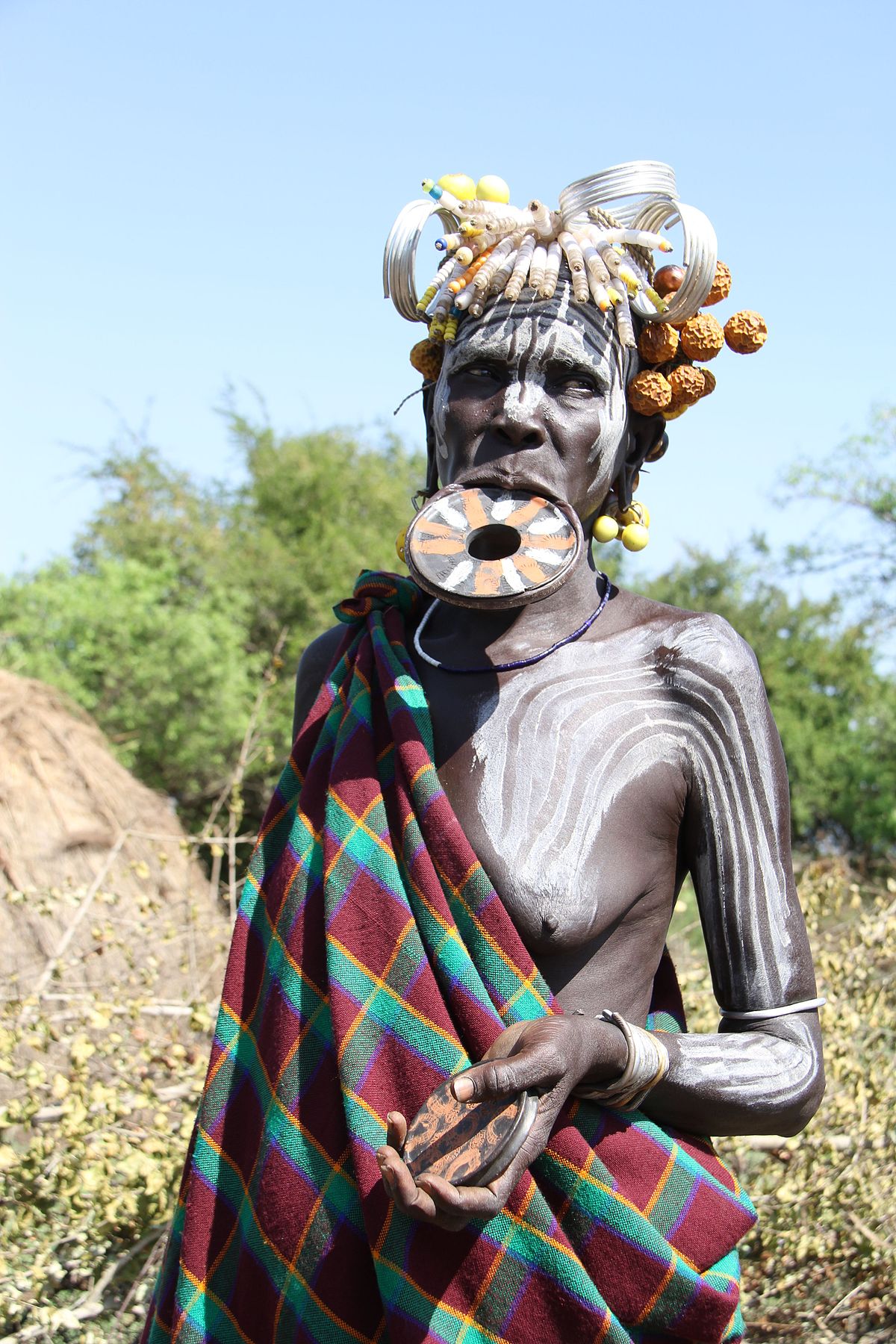 Body scarification, which results in small marks over their arms and chest, is another common practice for the Surmas. For the men, scars symbolise opponents they’ve killed in battle. In the name of beauty, women may enlarge their earlobes to insert decorative discs, or their lips to accommodate a large clay plate. The larger the plate, the more valuable the woman is. 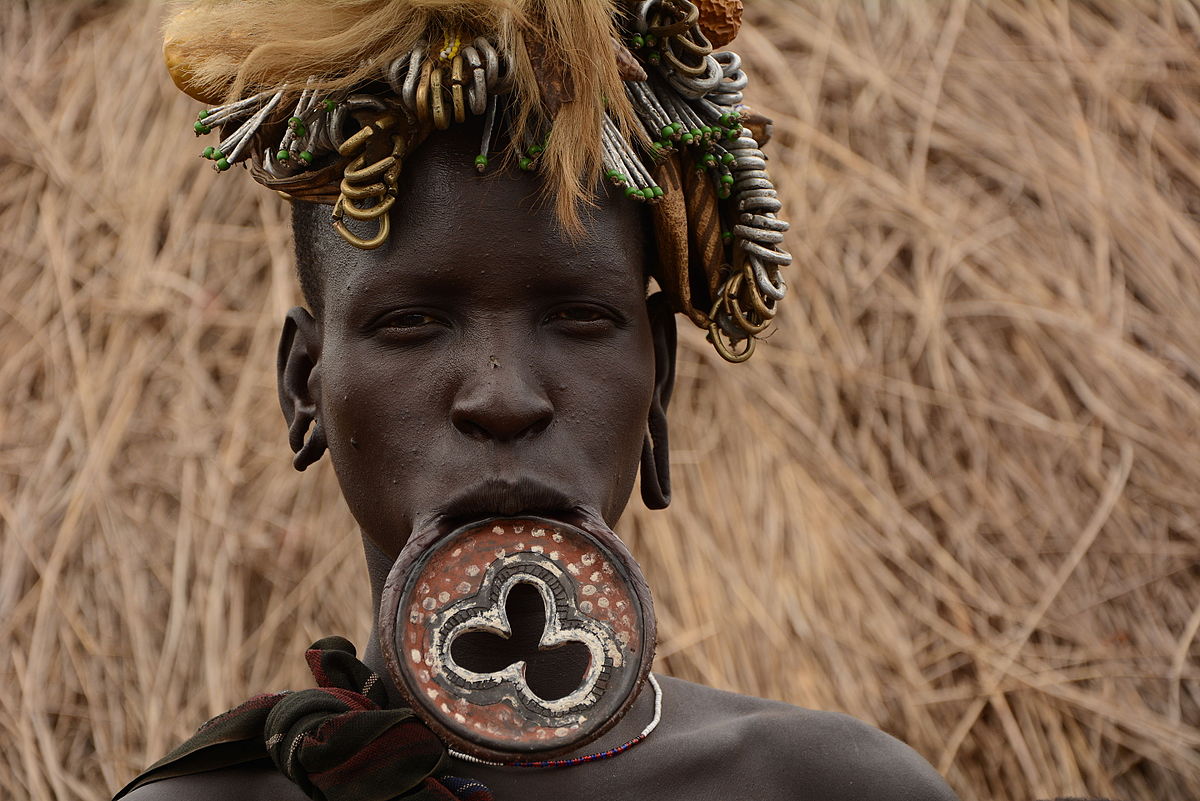 This simple tribal life could soon change or disappear with the construction of roads, which may bring technology and more tourists.