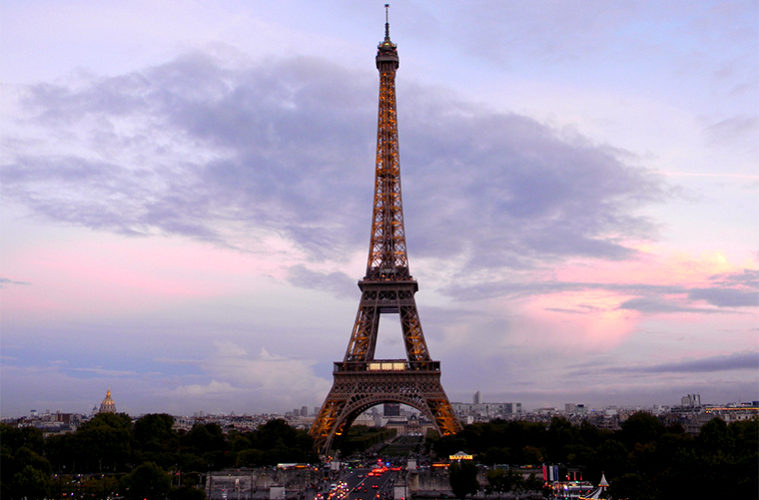 5 Reasons to explore France before you hit 26

Many people are accustomed to the idea of a student discount, not least students themselves, but as time ticks on and the dissertation becomes but a distant memory, the reality of paying for things in full can hit home. For those who never stepped upon the University treadmill, the situation can seem reversed and having paid full fare through life, the idea of a reduced rate comes as a welcome surprise. France, being a European nation that invests in its youth, hosts a variety of ‘tarifs réduits’ aimed at those in the under 26 age bracket with or without a degree. Here are 5 to keep in mind when travelling one of Europe’s cultural centrepieces:

Rail travel isn’t always cheap in France. Outside of major cities, where fares revolve around intricate metro and bus networks, train prices can seem a bit dear, especially when compared to those in the UK (which in themselves are not cheap). This is in part due to the immense step-up in infrastructure the French have over neighbouring nations, with clean, high-speed trains whisking passengers to key locations in half the time it would take elsewhere. SNCF offer a range of travel cards for young people, including students, which give as much as 30% off, but in the heat of the moment at any of the country’s railway stations, a simple declaration of age when buying your ticket is often enough to knock a few Euros off.

Being adventurous and seeking out places beyond the hustle and bustle of the urban sprawl can be one of the most rewarding things to do in France. Rural areas such as Brittany, a Celtic nation with close ties to Cornwall, Ireland and Wales, has numerous Châteaux located in fortified towns, dense forests and obscure, hard-to-reach communes. Often being owned privately and as part of a smaller tourism economy, it’s easy to expect to pay in full in order to wander around these glorious monuments but again it is possible to receive a discount if you’re under 26. Here, a driving license or passport is often the key item to have as proof and showing this can amount to varying discounts. The spectacular Château at Fougères for example takes a whopping 40% off the standard admission fee.

The operation of buses in France seems to differ depending on exactly where in the country you might be. In dense cities, it’s often better to pay for an ‘all-inclusive’ ticket if available. These passes can enable unlimited travel for a set period of time and can save money and effort in getting around. Beyond however, buses seem to operate akin to coach services, with larger vehicles traversing the autoroutes between towns and cities and providing a cheaper (but more time consuming) method of travel. Whilst OuiBus (owned by rail company SNCF) does not offer reduced tariffs for young adults, smaller companies like Illenoo do. Again ID is always handy to have but vendors will often accept your word at point of sale and allow up to 20% off of single and return fares.

If you’re seeing France for the first time, you’ll likely stumble upon Paris during your travels. As one of the world’s most iconic cities, it’s no surprise that millions of visitors flood to the capital to absorb the romance, bask in the nocturnal buzz or enjoy the famous French culture and cuisine. With tourism high on the agenda, some of the city’s renowned landmarks offer discounts for young persons, a God-send if travelling on a budget. The Arc de Triomphe allows free entry to those between 18 and 25, as does the Louvre meaning you can see the Mona Lisa without even reaching for your wallet. There are caveats however, with ID being absolutely necessary. Even the slickest of sweet-talkers won’t get through the regimented ticket staff. In addition, these offers apply only to those living within the European Union, meaning those from the USA, China and beyond will be expected to cough up for admission. Finally the Eiffel Tower, whilst offering a reduced rate, only does so up to the age of 24. Oddly enough this is advertised as the 12 – 24 children’s ticket…

If you’re looking at hopping around France by air, again reduced rates can apply for those between the age of 2 and 24 if travelling with Air France. These rates only come following a one-off payment of €49, giving you a Hop! Youth Pass that must be presented when flying. The discounts are available on a large number of selected routes and in addition give perks such as refundable and changeable tickets, checked luggage and a cumulative miles scheme. The country has a large number of regional airports as well as major ones at Nice, Lyon and Paris and so frequent visits from one coast to the other for example can be made without paying for air fares in full.

In addition to the many typical arguments outlining why travelling should be done as a young adult, France provides a financial incentive with an aim to inspire, invigorate and promote success amongst upcoming generations. In all, these schemes not only help the French tourism industry, the wider economy and transport sectors, but also aid the current agendas centred around bringing skilled, energetic people to the country in both a recreational and official capacity. Fundamentally and more importantly perhaps, they allow you to potentially save a great deal of money.