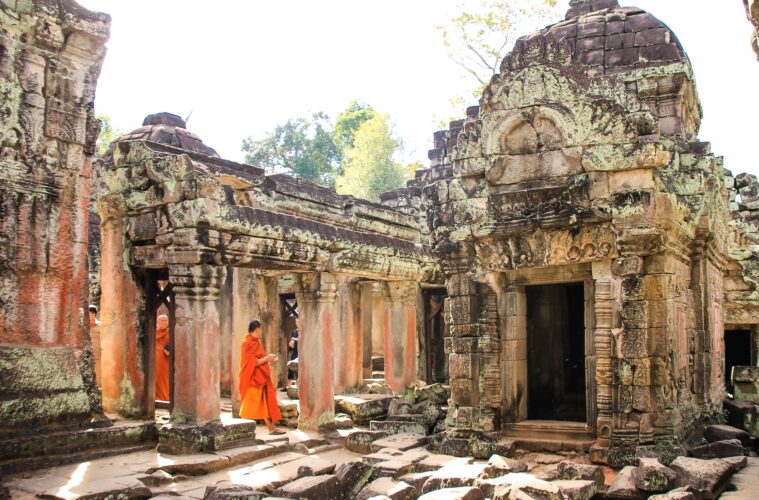 5 Stunning Temples To Visit Once In Your Life

Temples are the world’s most recognisable monuments to ancient civilisations that still remain. These ruins come in many shapes and forms, and the vast majority are enormous and take a while to explore. Let’s look at some of the most stunning temples that everyone should try and visit.

5 Stunning Temples To Visit Once In Your Life

The Buddhist Gawdawpalin Temple can be found in Bagan, Myanmar. The building project began in the 13th century under Sithu II and was finished during the time of Htilominlo’s reign.

It is a 55-metre tall, two-story Late Bagan building. Originally supposed to be “a platform for expressing the heart of devotion”, this is one of Bagan’s most impressive temples. One has to see this building to believe its impressive size. Furthermore, it is perhaps the most stunning structure of its kind worldwide.

The Temple of Heaven, Beijing, China

The Temple of Heaven is a collection of religious buildings erected in the early 15th century and surrounded by gardens and old pine trees. Both the architecture and components used to make this design are meant to evoke the link between earth and heaven, which is very significant in Chinese mythology.

Everyone should visit the Temple of Heaven once in their lifetime. It is an architectural and landscape design masterpiece, that depicts in exquisite detail a cosmology that was critical to the formation of one of the world’s greatest civilisations.

Wat Rong Khun, sometimes referred to as the “White Temple,” is one of Chiang Rai’s most popular tourist destinations. The temple is not used as a permanent Buddhist site of worship anymore due to the lack of monks.

Wat Rong Khun has become Chiang Rai’s most frequented temple. The artist and Chiang Rai native Chalermchai Kositpipata dedicated his whole life to the construction of this temple. Wat Rong Khun has several museums and art galleries in addition to its majestic temple.

St. Peter’s Basilica in the Vatican City is a Renaissance-style Basilica and legend says the basilica was erected on St. Peter’s burial location.

In 1506 Pope Julius II started its construction, it follows the typical Renaissance and Baroque styles used at the time, and it has impacted church design all over the globe.

Bernini designed St. Peter’s Square, which leads to the church. The basilica has a number of precious marble and bronze objects, papal tombs, and well-known artworks.

Ancient Cambodia is famous for its temples, many of which have inspired films, books and is even a recurrent theme in online slots, such as the Temple Tumble Megaways by Relax Gaming.

It’s in Cambodia where Siem Reap is found, one of the most revered religious places in the world. It is a must-see for anyone visiting the country, for its outstanding beauty and fully preserved cultural history.

Due to its size, figuring out how to see it all can be challenging. The temple was dedicated to the Hindu deity Vishnu as the king’s state shrine and was later converted into a Buddhist temple.

Due to their architectural brilliance, exquisite beauty, and deep-rooted cultural effect, these temples are once-in-a-lifetime experiences.