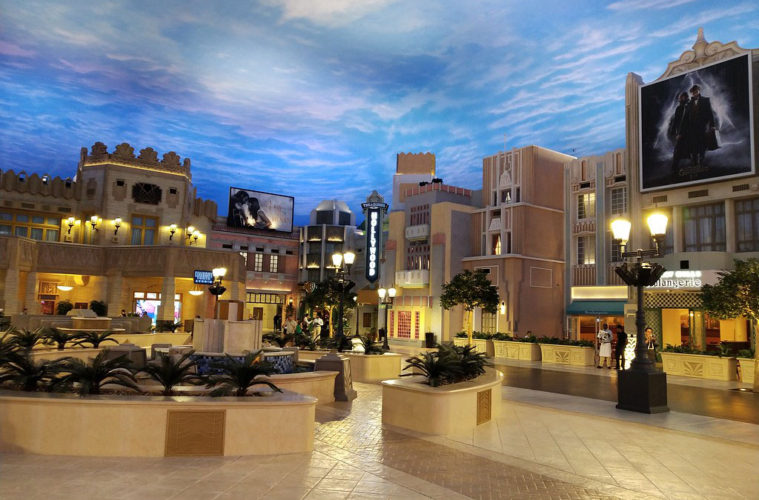 Best Things to do in Abu Dhabi

Dreaming of a holiday that is filled with history, culture and good food? Abu Dhabi is an Emirate city that offers all this and more. Abu Dhabi, the capital of the United Arab Emirates, is also the largest emirate of the country. Although it was not as popular as Dubai previously, it has become a favourite amongst locals and tourists because of the emergence of its numerous world-class attractions. With so many amazing things to do in Abu Dhabi, you ought to get confused about how to prepare your itinerary. Hence, we bring to you the things that you should not miss when visiting Abu Dhabi.

Have a Thrilling Time at Ferrari World 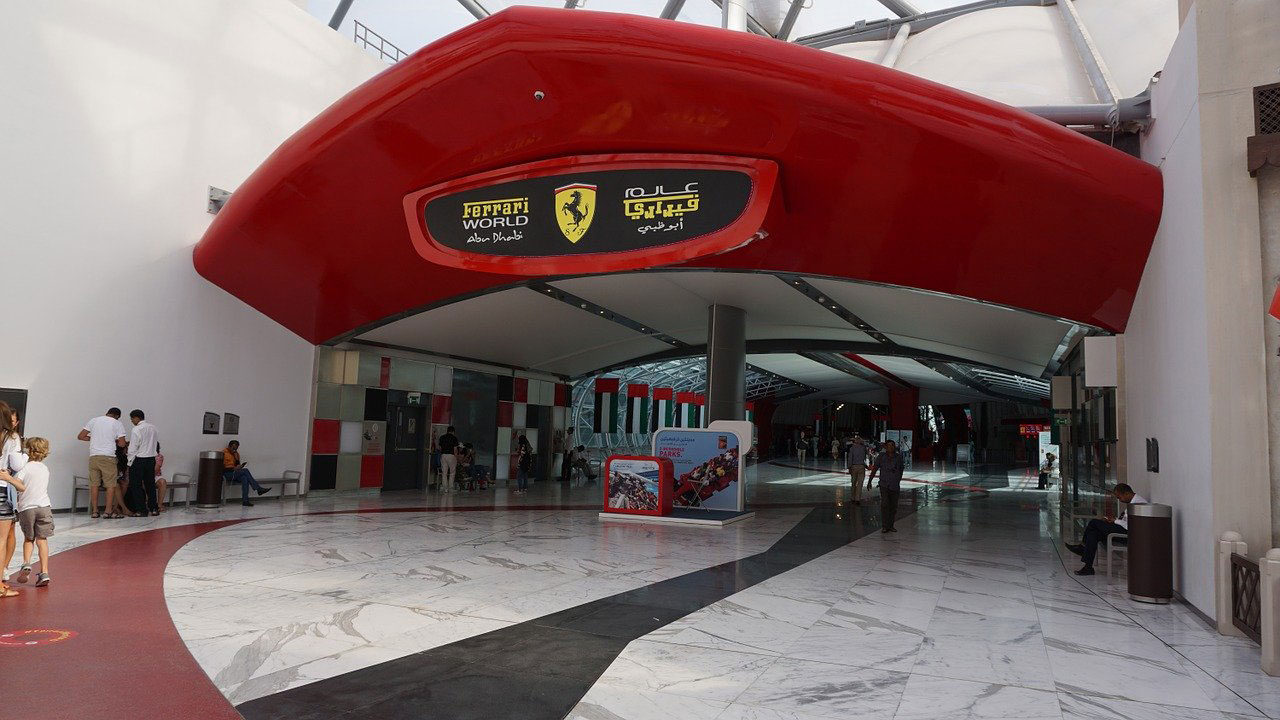 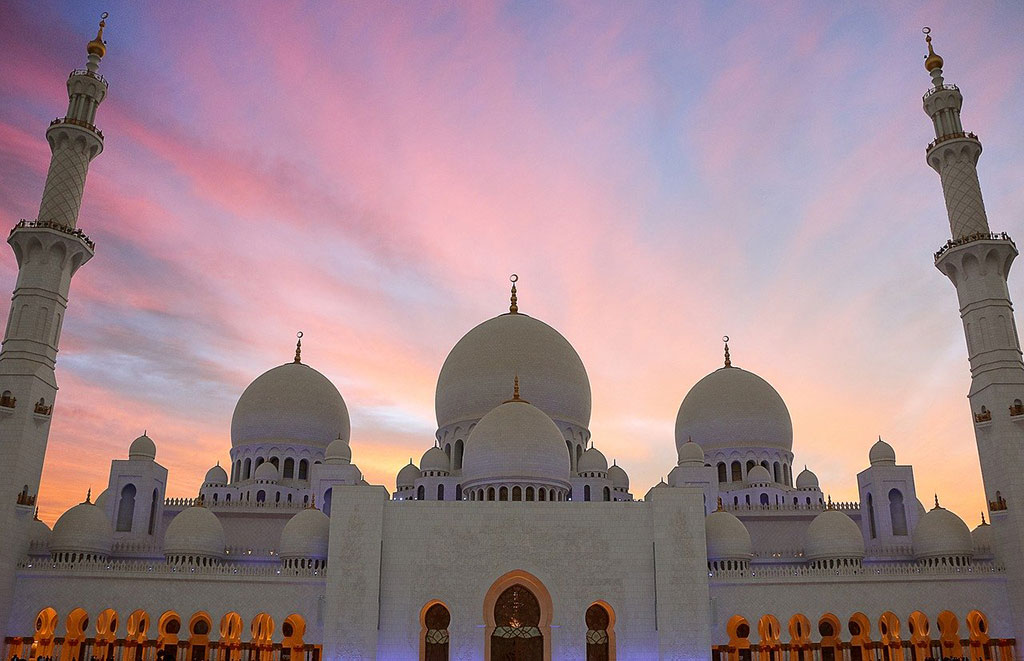 The Sheikh Zayed Grand Mosque is the most important cultural attraction in Abu Dhabi. Known to be the biggest mosque in the UAE, the Grand Mosque is a remarkable example of modern Islamic architecture. While the mosque is huge, its beautiful interiors are mesmerising. The intricate carvings, the crystal chandeliers, the mosaic tile work, the glass work, etc. give it a fairy-tale appearance. The Grand Mosque is also home to the largest handmade carpet in the world. You can be a part of the free tour that would give you a deep insight into the architecture and design of the mosque.

Go on a Wildlife Safari at Sir Bani Yas Island 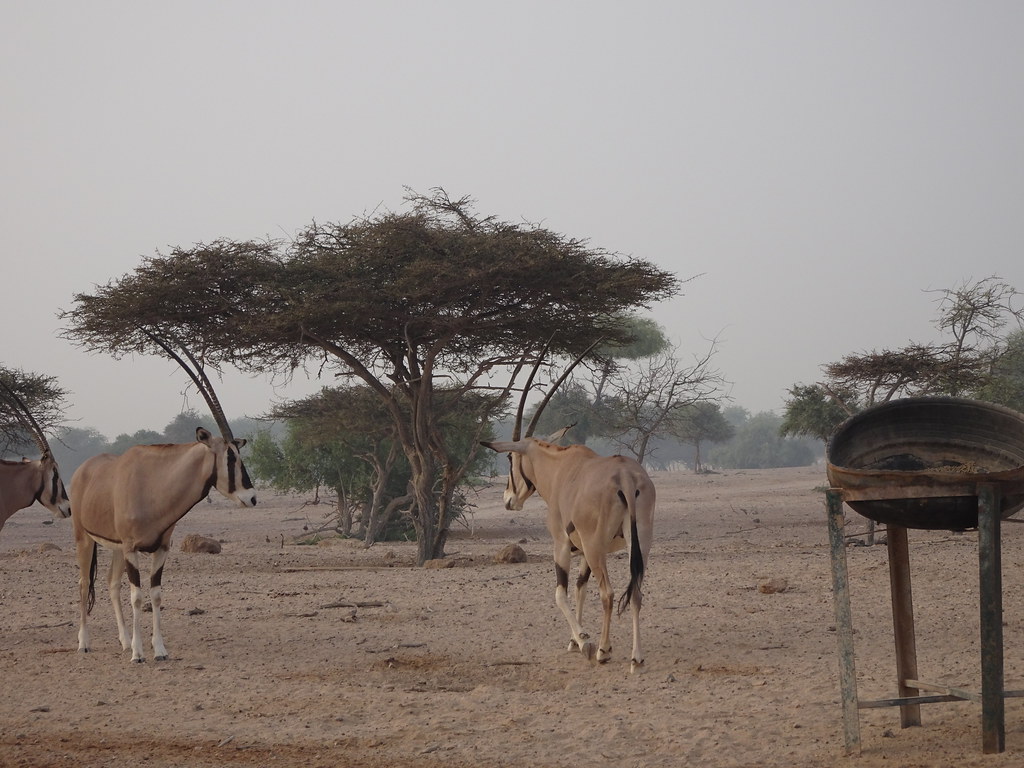 Abu Dhabi is not just about its opulent mosques, luxury buildings and thrilling theme parks. It is also home to the Arabian Wildlife Park on Sir Bani Yas Island. The island is made up of luxury villas, a 5-star boutique hotel and historical sites, but it is the wildlife park that attracts most people here. On a wildlife safari at the wildlife park, you would get to see numerous gazelles, Arabian Oryx, cheetahs, hyenas, giraffes and 10,000 other animals. The best part is that these animals are not caged; rather they roam freely inside the wildlife park. You can have a day trip to the wildlife park or make it a weekend getaway by staying at one of the properties on the island.

See the Past at the Heritage Village 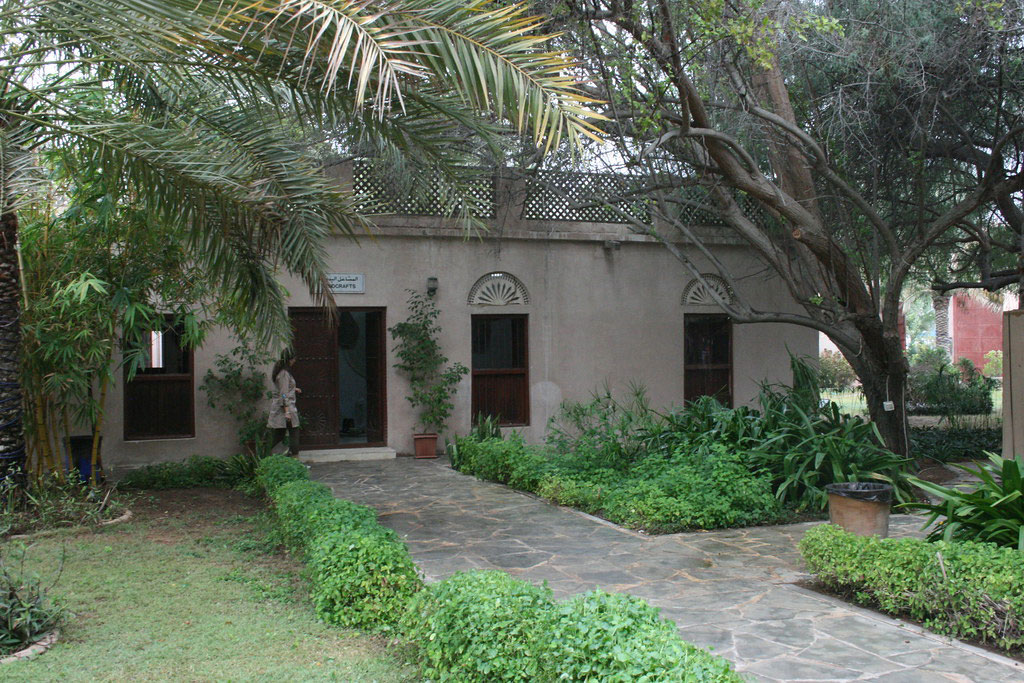 The Abu Dhabi Heritage Village is located on the banks of one of Abu Dhabi’s beaches and shows a remnant of the city’s past. Comprising wooden huts and Bedouin tents, the Heritage Village is a replica of a Bedouin-style village of the past. Inside these huts, you would find artisans demonstrating their skills of metal work, weaving, glass work, etc. After you have toured the Heritage Village, you can also visit the beach to enjoy a view of the skyline of the city. Do checkout the spice shop on the premises, where you can buy local spices and handicrafts.

Check Out the Falcon Hospital 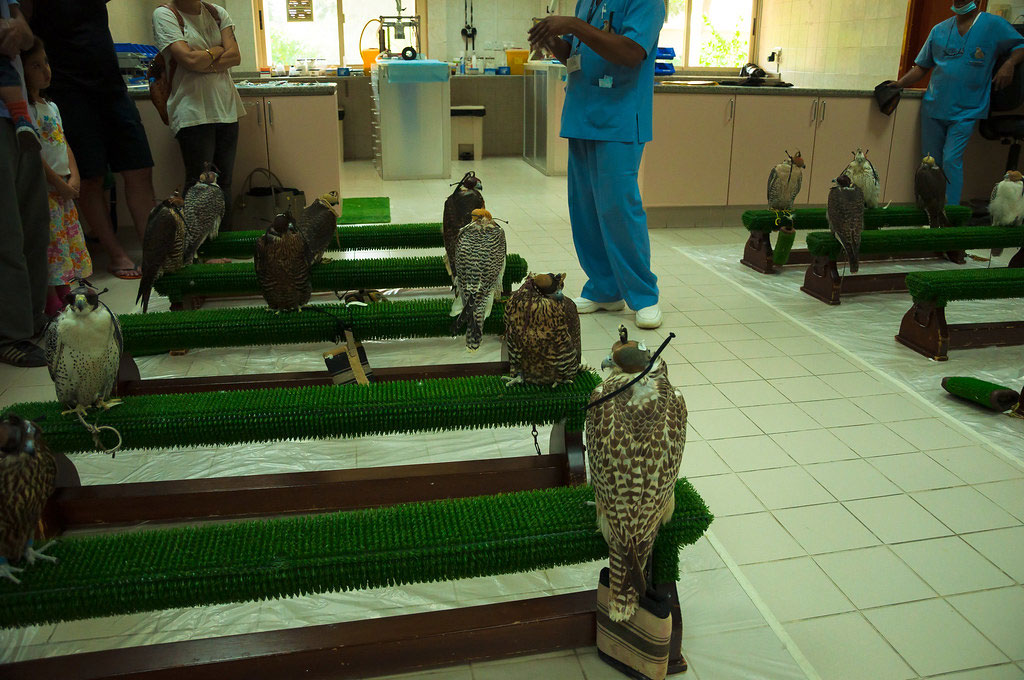 One of the unique things that you would see at this emirate city is the Abu Dhabi Falcon Hospital. Falcons were an integral part of the life of the Arabs in the past, and today they are the national birds of the UAE. The Falcon Hospital was established in 1999 and treats more than 8500 falcons every year. Tourists are free to tour the hospital to check out its amenities, facilities as well as patients. If you are lucky, you would also get to see doctors performing minor operations on the falcons. You also get to visit the aviary, where you can see the birds flying at leisure. You may also get the chance to hold a falcon or maybe feed one too.

Enjoy the World of Art at Louvre Abu Dhabi 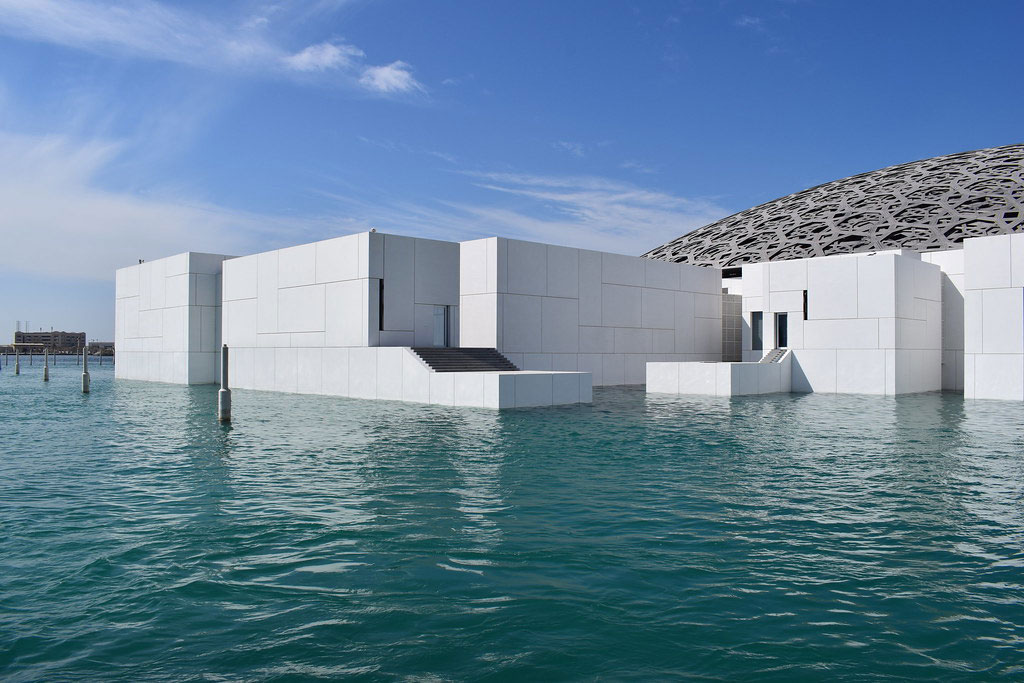 An iconic museum not just in the UAE but also in the Middle East, Louvre Abu Dhabi is not only known for its spectacular exhibits but also for its amazing architecture. The museum covers an area of 9200 square meters and consists of 12 permanent galleries, all under the resplendent silvery globe. The permanent exhibits give you a glimpse of the artistic journey of the humans, right from the Neolithic era to recent times. Apart from the permanent exhibits, the Louvre also hosts temporary exhibits throughout the year. If you are interested in art, Louvre Abu Dhabi is a place you must definitely visit. 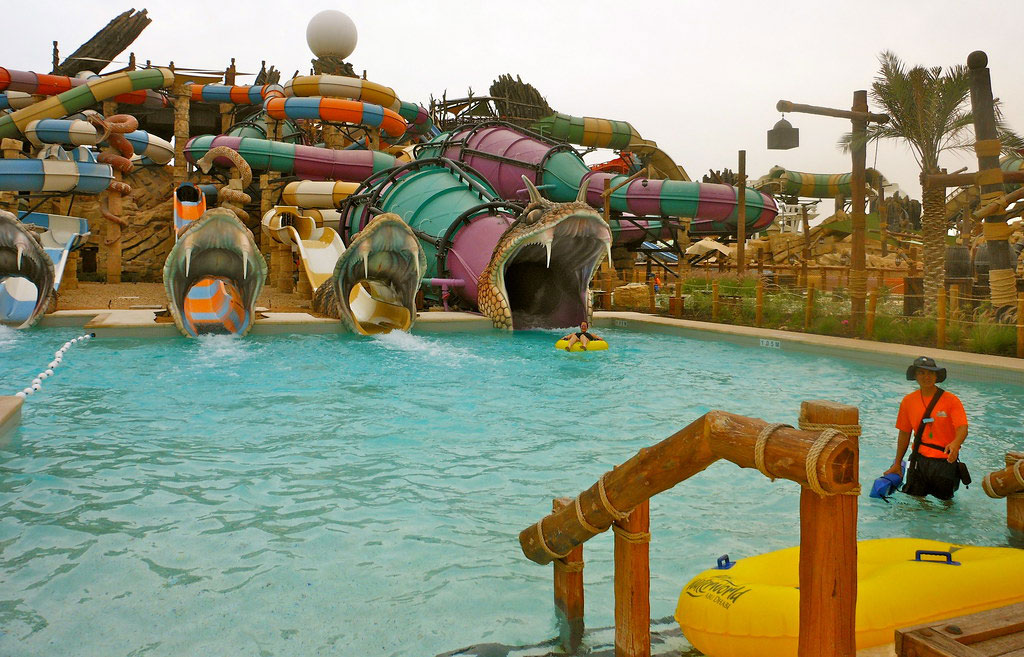 The Yas Waterworld is one of the largest waterparks in the UAE and also one of the most adventurous ones. Spread across an area that is equivalent to 15 football pitches, the Yas Waterworld is home to 43 rides, slides and attractions. Moreover, 5 of the star attractions of this park are unique ones that cannot be seen anywhere in the world. Adventure lovers and thrill seekers would have a great time on Bubble’s Barrel, the largest surf sheet wave in the world; the Bandit Bomber, a coaster with onboard laser and water effects; a six-person tornado waterslide that runs on hydro-magnetic power, etc. are few of the attractions to look forward to. There is also a separate play area for the tiny tots at the Yas Waterworld.

Experience the Beauty of Nature at Mangrove National Park 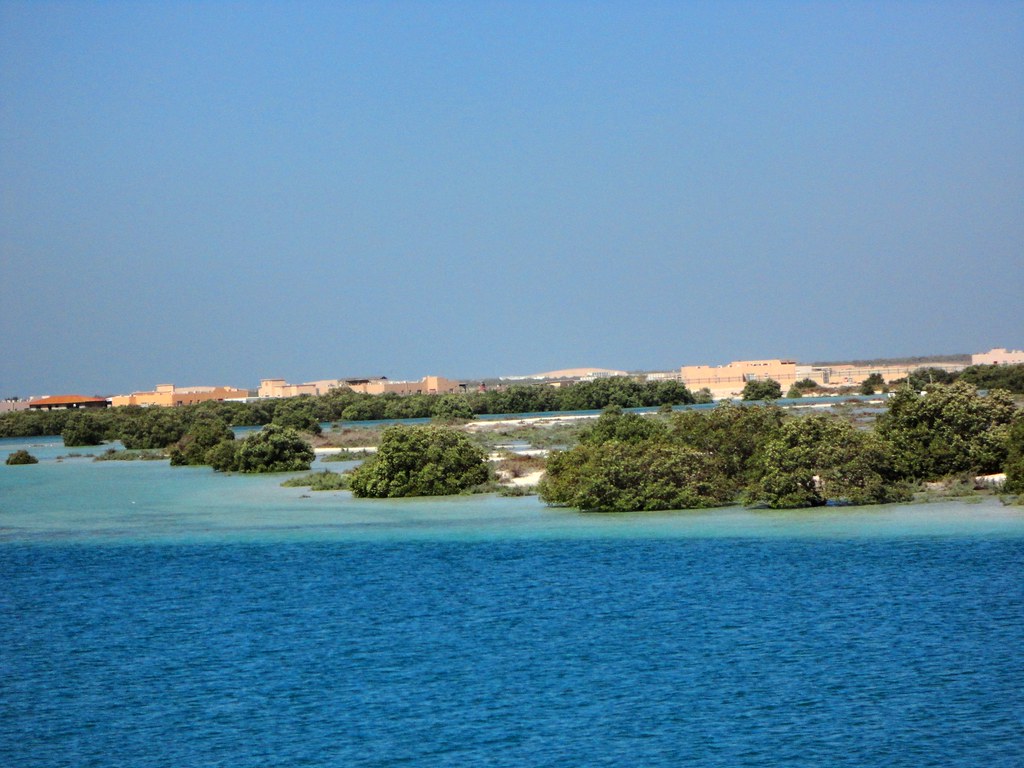 While Abu Dhabi has all the facilities and amenities of an ultra modern city, it still is deeply connected to nature. If you love nature, a visit to the Mangrove National Park is a must. Here, you would get to see the natural mangroves surrounding the islands near Abu Dhabi’s shore. The mangroves are home to more than 60 species of birds and a variety of flora and fauna. You would get to see turtles, Western reef herons, mottled crabs, flamingos, marine mammals and a variety of crabs, fish and shellfish, etc. One of the best ways of exploring the mangroves is by going on a kayaking tour. Paddleboarding is also quite popular here. 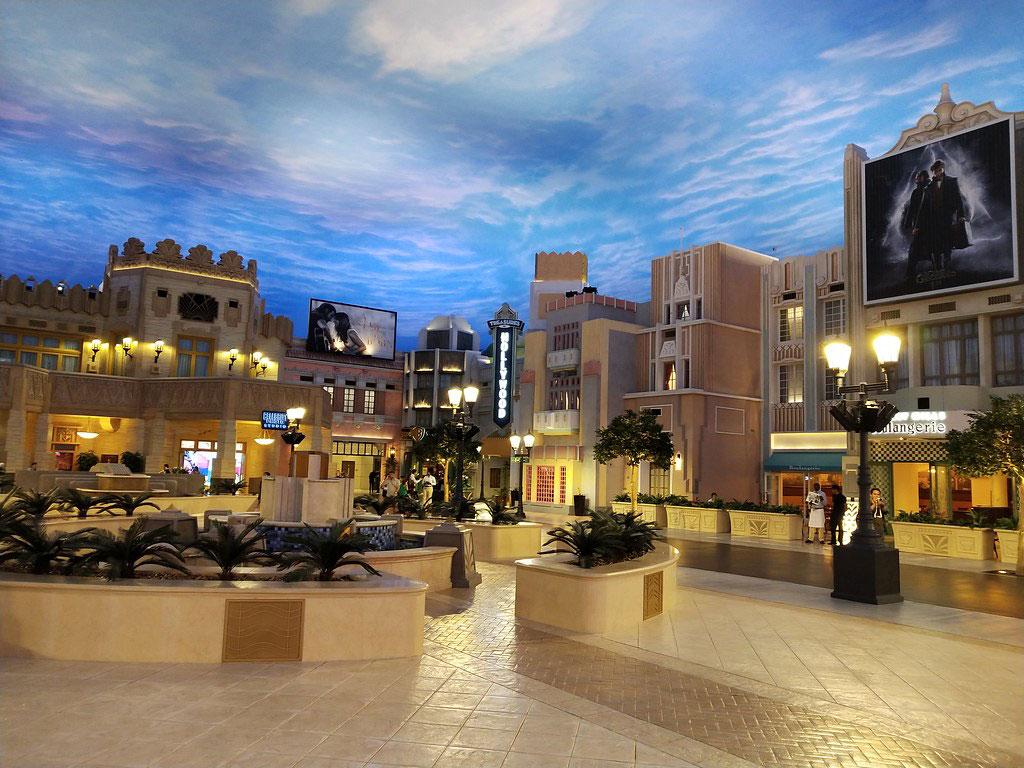 Apart from the things to do in Abu Dhabi that have been mentioned above, visiting Qasr Al Hosn and Qasr Al Watan, shopping at the Marina Mall or Yas Mall, viewing the city from the Observation Deck at 300 are few other things that you can do here.