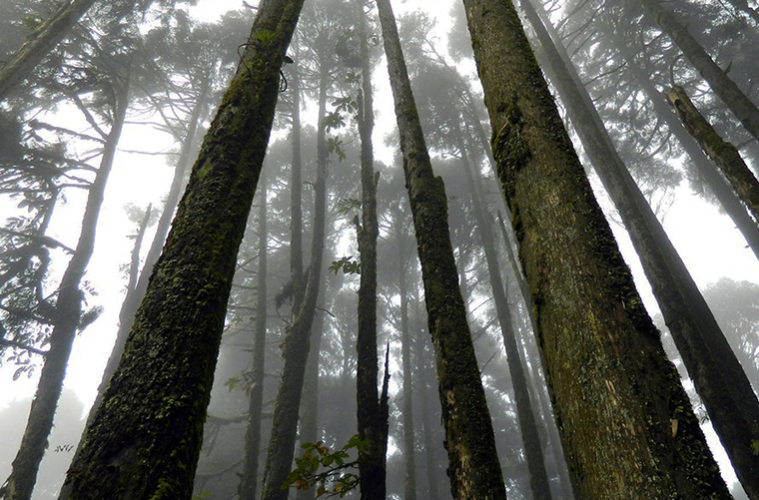 Aokigahara, also known as Japan’s Suicide Forest (and as the Sea of Trees), is today’s topic of conversation for an unfortunate reason which concerns YouTube star, Logan Paul, and his disrespectful video post on his visit to the forest which involved the filming of a suicide victim.

For many, the controversy surrounding Logan Paul might be the first time they’ve heard of Aokigahara. It is a forest located on the flank of Mount Fuji and thrives on approximately 12 square miles. It is incredibly dense and the porous lava left from an eruption in 864 CE means sound is absorbed; it provides many people with absolute solitude yet is its horrific history made it the perfect setting for the horror film, The Forest which was criticized for being racially and historically insensitive.

Despite it’s notorious nickname, it is a popular destination for tourists and school trips and is a very beautiful and tranquil environment showcasing a huge variety of flora and fauna. However, in recent years, it has received its name as being one of the world’s most popular sites for suicide. People intend on walking into the forest with no intent of ever walking back out; a place where many have chosen to spend their very last moments.

Signs at the beginning of the trails in Aokigahara are in place to urge suicidal visitors to seek help for their mental health issues and to think of their loved ones they could be leaving behind. They are written in Japanese and translate to, “Your life is a precious gift from your parents” and “Think carefully about your children, your family”. While numbers vary, 105 people have killed themselves in a year in the forest, and annual searches are carried out by police, journalists, and volunteers to recover bodies and to hopefully talk any suicidal thinkers out of their decision to end their life.

The forest is thought to be home to “yūrei”- known as ghosts of the dead in Japanese mythology which has also made it a popular landmark for ghost hunters and paranormal investigators. Whilst efforts are being made to prevent suicide and Aokigahara’s association with it, the stigma surrounding mental health and seeking help is still a taboo subject in Japan’s culture.

If you, or someone you know is at risk of suicide, click on the following link to find out how and where you can get help: