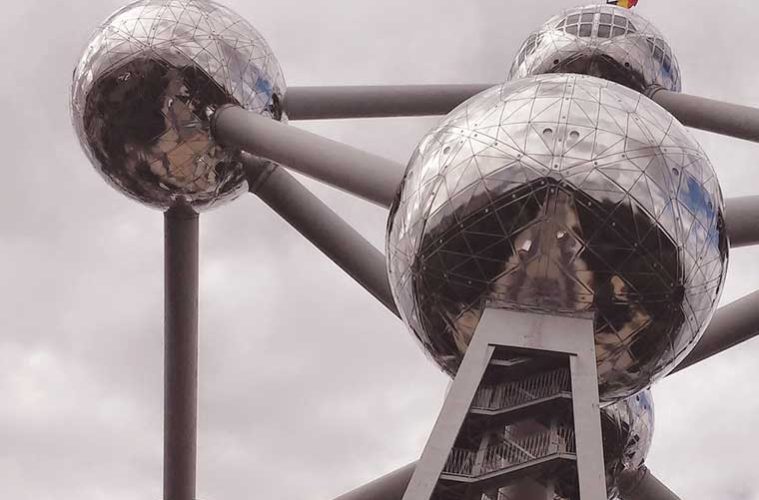 BEST THINGS TO SEE IN BRUSSELS

There are many places to visit in Brussels, the political capital of the European Union. It is a quiet city, full of museums, parks, and historic buildings.  Brussels is famous for chocolate, waffles, craft beer, and one of the most beautiful squares in the world, the Grand Place, which is a destination that never disappoints.

While we could say that a weekend is enough to visit its main places, it is advisable to have more days and thus be able to visit other beautiful Belgian cities, which are a perfect complement to Brussels.

If venturing around Brussels appeals to you, why not hire a car to help make the most of the trip, instead of relying on public transport? We recommend the services of the car rental broker Auto Europe. You will be able to search and compare companies for the best rates. They are very reliable, offering pick-up from 24,000 locations worldwide, available 7 days a week and with high-quality customer service.

Without further ado, we have made a list of the eight places to see in Brussels, based on our trips to the Belgian capital. So, let’s look at what we have for you.

The entire historical centre and the city of Brussels revolve around the Grand Place, one of the most essential places to see in Belgium. A UNESCO World Heritage Site, it stands out for the buildings that surround it, among which the guild houses, the Maison du Roi, the Maison des Ducs de Brabant, Le Piegeon and especially the town hall or Hotel de Ville. 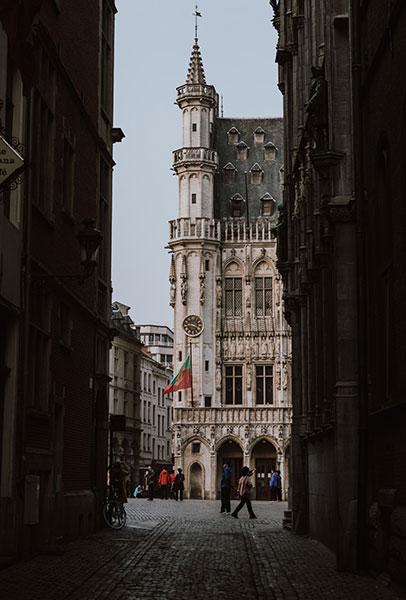 Being able to sit on one of the terraces of the square to have a craft beer or some typical mussels and chips is one of the best things to do in Brussels.

The Saint Hubert Galleries are very close to the Grand Place and is another essential place to visit in Brussels. Completed in 1948, they became the first commercial galleries in Europe and a meeting point for artists of the time. Its magnificent glass vaults mixed with the cast iron that support them give a special charm to its more than 200 meters of travel and are a place of interest, which you cannot miss in the city.

The Saint Hubert galleries are made up of 3 galleries: The King’s Gallery, the Queen’s Gallery and the Prince’s Gallery, and they can be accessed by 3 different streets. Inside there are several luxury stores, famous chocolatiers, some jewelry, and terraces where tourists savor an expensive coffee.

The Cathedral of San Miguel and Santa Gúdula, in Gothic style, is the most important Catholic church in Belgium that was built in the thirteenth century, and it was not until 1961 that the church acquired the name of cathedral. A few years ago, it has been restored for what looks splendid, even being the scene of weddings and royal coronations.

Inside, the baroque-style wood-carved pulpit, the large stained-glass windows, and a large organ stand out, places that you cannot miss during your visit.

In the elegant neighborhood of Sablon, there are several places to visit in Brussels. You can start the route through the neighborhood stopping in front of the imposing Palace of Justice, for many years, the largest building in Europe with a spectacular interior, with a lobby over 100 meters high.

In Le Sablon, you cannot miss the beautiful garden of the Place du Petit Sablon, in which an antique market is held every Sunday. Walking through the Place du Grand Sablon and entering the beautiful Gothic church of Notre-Dame du Sablon would complete the visit to one of the most charming neighborhoods in Brussels.

Brussels and the comics have a relationship for years since great comic authors such as Hergé ” Tintin ” or Peyo ” The Smurfs ” were born in Brussels.

The Comic Museum next to the Comic Book Route has become two essentials for everyone visiting Brussels, even if you are not a comic book lover.

You can find up to three Comic Book Routes where you can go for a walk and be surprised to see the facades painted with murals of the most famous Belgian comics such as Tintin, Lucky Luke, The Little Spirou or the Gauls Astérix and Obélix, among others.

The Atomium represents an iron atom enlarged 165 billion times and is one of the places to visit in Brussels. Built in 1958 for the Universal Exhibition of Brussels, it has a height of more than 100 meters, and although it was criticized in its first years of life, today it is one of the symbols of the city.

In one of the stainless-steel coated spheres, you will find a restaurant from which you can enjoy panoramic and distant views of the city.

7. Royal Palace and Park of Brussels

The Royal Palace was for a long time the residence of the Belgian kings, although currently, it is only the official palace of the king. Inside the palace stands out the great white marble staircase and several rooms such as the Goya Room, the Hall of Mirrors, and the Throne room.

The 18th-century French-style Brussels Park has several ponds, gardens, and small forests ideal for walking and enjoying the tranquility.

Palace visiting hours: Tuesday to Sunday from 10:30 a.m. to 3:45 p.m., during the end of July and the beginning of September. 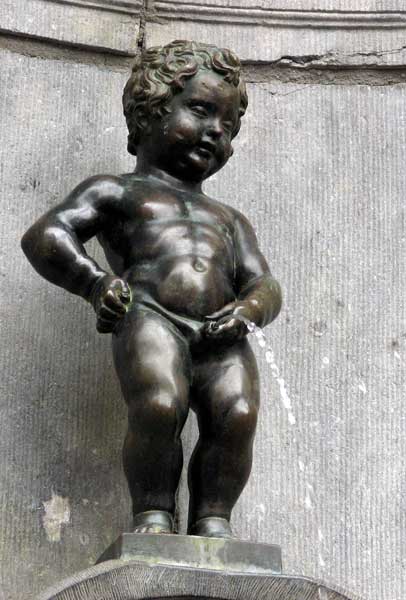 Near the Great Place is one of the icons of Brussels, the statue of Manneken Pis from the year 1619. The small bronze statue of a boy urinating in a fountain is always surrounded by a crowd of tourists taking pictures from all angles. So, if you want to observe it well, it is best to go first thing in the morning or be patient.

Amongst the attractions to the Manneken Pis is the different costumes with which they dress. Although it sounds strange, it has a wardrobe with more than 800 garments. Depending on the party or celebration, they put on a certain dress or fill the fountain with beer or another drink.

In an alley, near the Great Place and in the opposite direction to the Manneken Pis, is the Jeanneke Pis, its feminine version, which we recommend you not to miss.

And if you haven’t had enough to see these two statues, you can always look for the Zinneke Pis, the canine version.