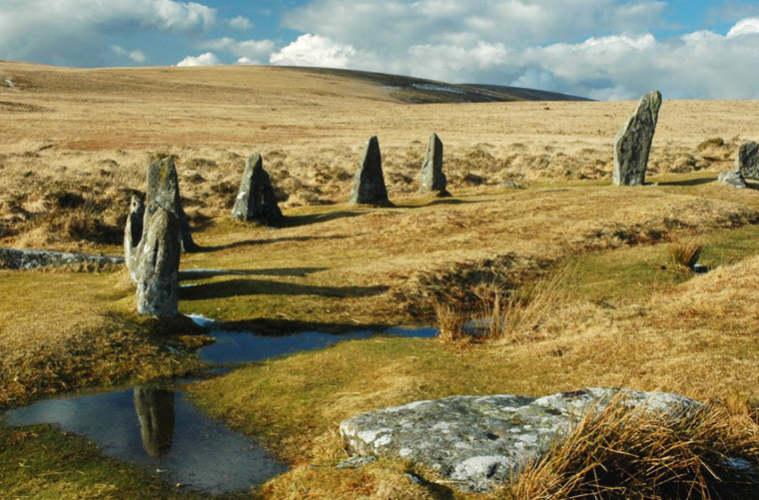 Dartmoor – Bland within, beauty from afar

In the world of travel, there’s a rather strange paradoxical adage suggesting that the worst place to admire somewhere from is in fact the place in question. For specific examples it’s easy logic to follow. The summit of the Eiffel Tower brings breath-taking views across a busy, unique Parisian landscape and, as mentioned in last week’s ‘Most Romantic Destinations’ piece, much of the city’s renowned romance. However, whilst engineering enthusiasts and those with a keen eye for history may revel in an inspection of the girders and plaques first-hand, the observation decks are the only place in Paris where admiring France’s most iconic structure is hindered.

Strangely, this phenomenon sits perfectly with the appeal of Dartmoor National Park in England’s Devonshire countryside. Located centrally between the cities of Plymouth and Exeter, the area covers over 350 sq miles of moorland, peppered with 280 million year old granite outcrops known as tors. This significance in Britain’s natural landscape is complemented with our own human history, with Bronze Age settlements, mining, military training and prisons all making use of the land over time. Today the park is popular for walking, horse riding, cycling and many other recreational activities that signify for locals, the largely healthy and ageing demographic keen to exercise their retirement funds, and for visitors, Devon’s importance as a major tourist destination. 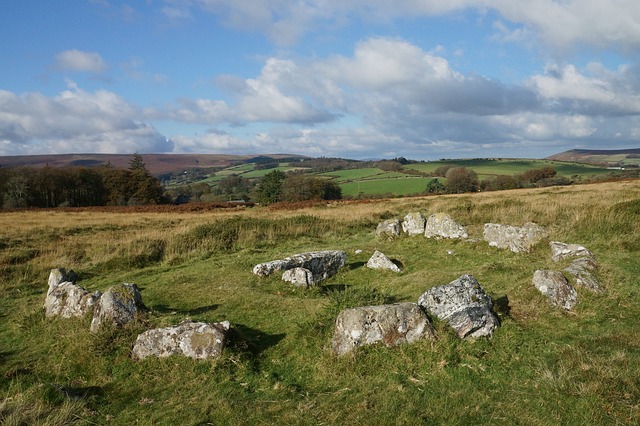 However, those familiar with other national parks in the UK may be somewhat disappointed by its bare landscape, with travellers from further afield having every right to use the label ‘boring’ when comparing to dramatic scenes abroad. At Hameldown Tor for example, some 539m above sea level, the view is comprised of an endless brown carpet as the moorland expands ruthlessly toward the horizon and whilst the interruption of other tors in the distance offers the occasional landmark, they are joined only by small pockets of woodland, large farms and minor settlements. The result, broadly similar from most of Dartmoor’s ‘peaks’, differs between the awe-inspired individual who likely appreciates the bleak and desolate nature of the surroundings, to a wholly underwhelming reaction by seasoned hikers and mountaineers who make comparison to the far more impressive features of Snowdonia or the Lake District.

This is not to say that Dartmoor cannot be admired by those familiar with elsewhere in the UK and certainly giving the impression that Dartmoor is anything but ‘the most beautiful place in Britain’ is met with strong (sometimes naive) opposition locally. Like the Eiffel Tower, a step away from the heart of the landmark makes for a much better view.

Lustleigh, for example, lies just within the fringe of Dartmoor’s boundary, along with part of the now derelict Moretonhampstead and South Devon Railway line. Whilst the invisible border to the national park may cause havoc for home-owners, given the price fluctuations inherited through the ‘situated in / near Dartmoor’ accolades, it also adds weight to the phenomenon outlined above. From here, views of Haytor are far from bleak, with the old railway line’s position down in a valley accentuating the rise to the tor’s summit. Similarly from Ogwell Green, a small community space above the village of East Ogwell some 3 miles from Dartmoor’s border, the view encompasses the rise and fall of Haytor, Saddle Tor and Rippon Tor as they form the backdrop to a quintessentially Devonshire vista.

With the towns of Ivybridge, Okehampton and Tavistock surrounding the park at its extremities, there are many more opportunities to find places outside of Dartmoor’s boundaries from which to get the best views. It may be that isolated hiking, windswept cycling and community horse riding are best done directly on the moor, but for beauty that goes beyond bland or bleak it is from afar that you’re more likely to admire it.