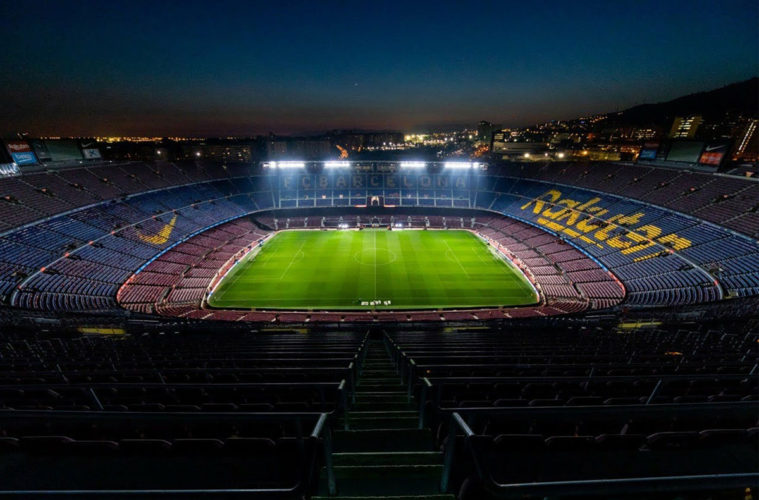 As we move further into the 21st century, modern sports stadiums have become bigger, better, and more exciting; to an extent that just visiting the stadium itself is a spectacle alone. None more so than FC Barcelona’s stadium, Camp Nou. Covering a surface area of 55,000 square metres, the Spanish giants have the home to match their stature in European football, currently holding the record for the highest capacity sports stadium on the continent with 99,354 seats.

Its name actually derived from a fans vote as clarified by the club on their official website, saying ‘Although it was originally going to go under the official name of ‘Estadi del FC Barcelona’, it soon came to be popularly known as the ‘Camp Nou’ (the ‘new ground’), as opposed to the club’s old home at Les Corts.’

Aside from their immense capacity, Barca also boast an array of facilities inside the ground for both fans and staff. There is a chapel off the tunnel leading to the Nou Camp pitch for the players that was blessed by then Pope John Paul II during a visit to the ground in 1982. There are also several television studios, a VIPs lounge, a club museum and a veteran players area.

Unfortunately, for all that Barca offer at the Camp Nou, one thing they haven’t been able to guarantee recently is good performances. A derisory run of form has the club on one of their worst starts to a season in recent years, currently sitting in 9th place in La Liga, 11 points off the top spot. If you enjoy betting on sports, punting on Barcelona to win the league is not likely to be in your plans with sportsbooks currently having them at 15/1 to secure their 27th La Liga title.

With the finances of top European clubs skyrocketing in recent years, it has allowed plenty more to build state of the art stadiums as Barca have. Here are some of the best…

The home of both Inter and AC Milan has become synonymous with Italian football. Although it is nearly 100 years old, the ground has welcomed numerous renovations over the years, going from holding 35,000 spectators in 1926 to just over 80,000 in 2021. Although it may not be the most modern stadium, the fierce sporting culture in the city allows for an incredible atmosphere come matchday, especially during the Milan Derby.

Above all, Bayern Munich’s home ground is an architectural wonder. Nicknamed “Schlauchboot”, meaning dinghy in English, the plastic bubble panels that surround the sides are often lit up depending on who Bayern are hosting (e.g Red for Bayern and Yellow for Borussia Dortmund). In fact, it is the first stadium in the world with a full colour changing exterior. It is also the home to the German national football team and has hosted World Cup and European Championship games.

With over 75,000 seats it is one of the biggest stadiums in Germany and also boasts 106 VIP boxes, two fan restaurants, a club museum, a 400 seat Bistro and more than 750 screens around the arena.

The youngest ground on the list, Spurs home is the third biggest club ground in the UK with a 62,850 capacity after construction was completed in 2019. One of the best aspects of the stadium is its accessibility for disabled fans. It is complete with a sensory suite ‘for supporters on the autistic spectrum or with sensory impairment conditions to watch a match, complete with a tactile wall, a bubble tube and several other pieces of sensory equipment.’

As well as an incredible 60 food and drink outlets, they also offer attractions such as skywalks above the stadium along with a controlled descent down allowing 360-degree views of London’s iconic skyline. 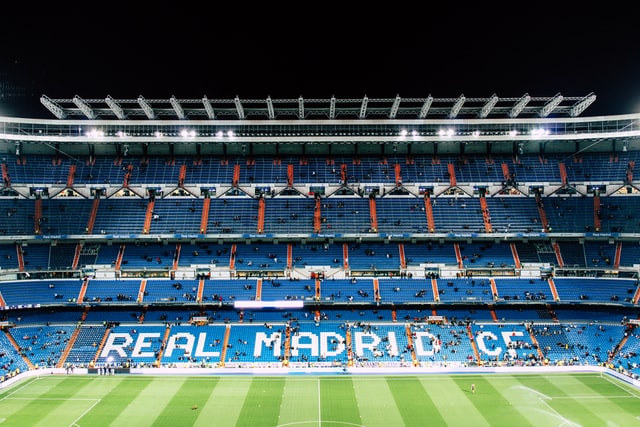 As the most successful club in European history, it is only right that Real Madrid have a glamorous stadium to match. Named after the club’s iconic former president and holding over 80,000 spectators, there are several restaurants for fans to eat at and the club also partnered with Microsoft to offer an audio guide. What is most enjoyable about the stadium however is that contrary to its stature, how personal it is. Unlike many other stadiums of a similar size, the seats on the ground level are meters away from the pitch and the slanted upper tiers offer incredible viewing no matter where you are sat.

The home of Borussia Dortmund, the Westfalenstadion’s capacity is second the Camp Nou at over 81,635. The huge capacity along with the personable seating gives the ground an incredible atmosphere, with the ‘Yellow Wall’, made up of supporters wearing the club’s colours, making for a truly spectacular sight. With VIP areas, tunnels that lead to the pitch, club museum, press rooms, and more the stadium tour alone is an excellent experience but there is a reason that attending on a matchday is on the bucket lists of football fans from all over the world.