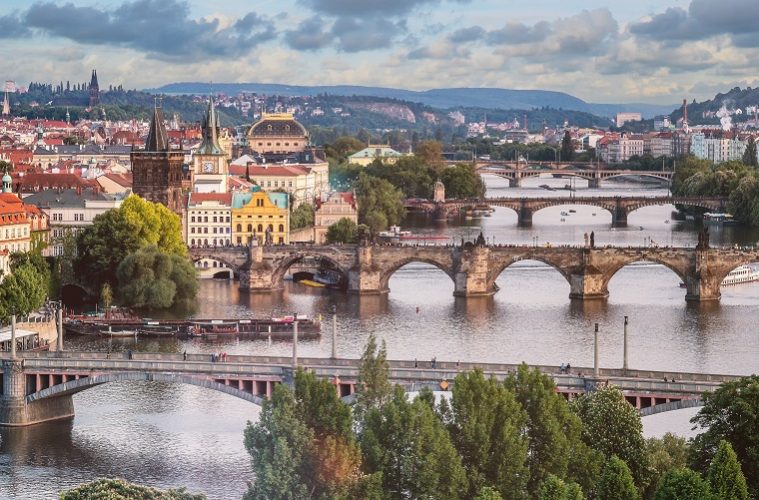 The four quarters of Prague, a city beyond compare

Prague’s four quarters: the Castle Quarter; Little Quarter; Old Town; and New Town, were once four towns, each with their own town squares and defensive walls and their own distinctive qualities.

In 1784, the quarters were united and proclaimed as a single city, but they retain their original distinctions and prove to be unique and exciting visitor destinations year-round.

Take a walk through each to experience everything Prague has to offer.

The Castle Quarter, Hradčany has been occupied by the ruling classes ever since the 9th century, and Prague Castle is one of the biggest in the world. It’s a UNESCO World Heritage Site and is a composition of historic palaces and church buildings and extensive gardens that take visitors on an architectural journey from its Romanesque-style original construction, through Gothic modifications  and renovations during the Velvet Revolution to the ongoing repairs and reconstructions of today.

Must do: purchase a Photo License – then you can take as many pictures inside the Castle complex as you like!

Hradčany is also the seat of St Vitus Cathedral, the largest church in Prague. Its construction began in 1344 by Charles IV, Czech King and Holy Roman Emperor. Construction faltered in the 15th century due to the Hussite Wars and the Cathedral remained partially complete. In the late 1900s, the Union for the Completion of the Cathedral saw its completion in Neo-Gothic style and the church was consecrated in 1929. Visitors can climb the Great South Tower: this 100m-tall tower offers stunning vistas of Prague, well worth the 280-odd steps. 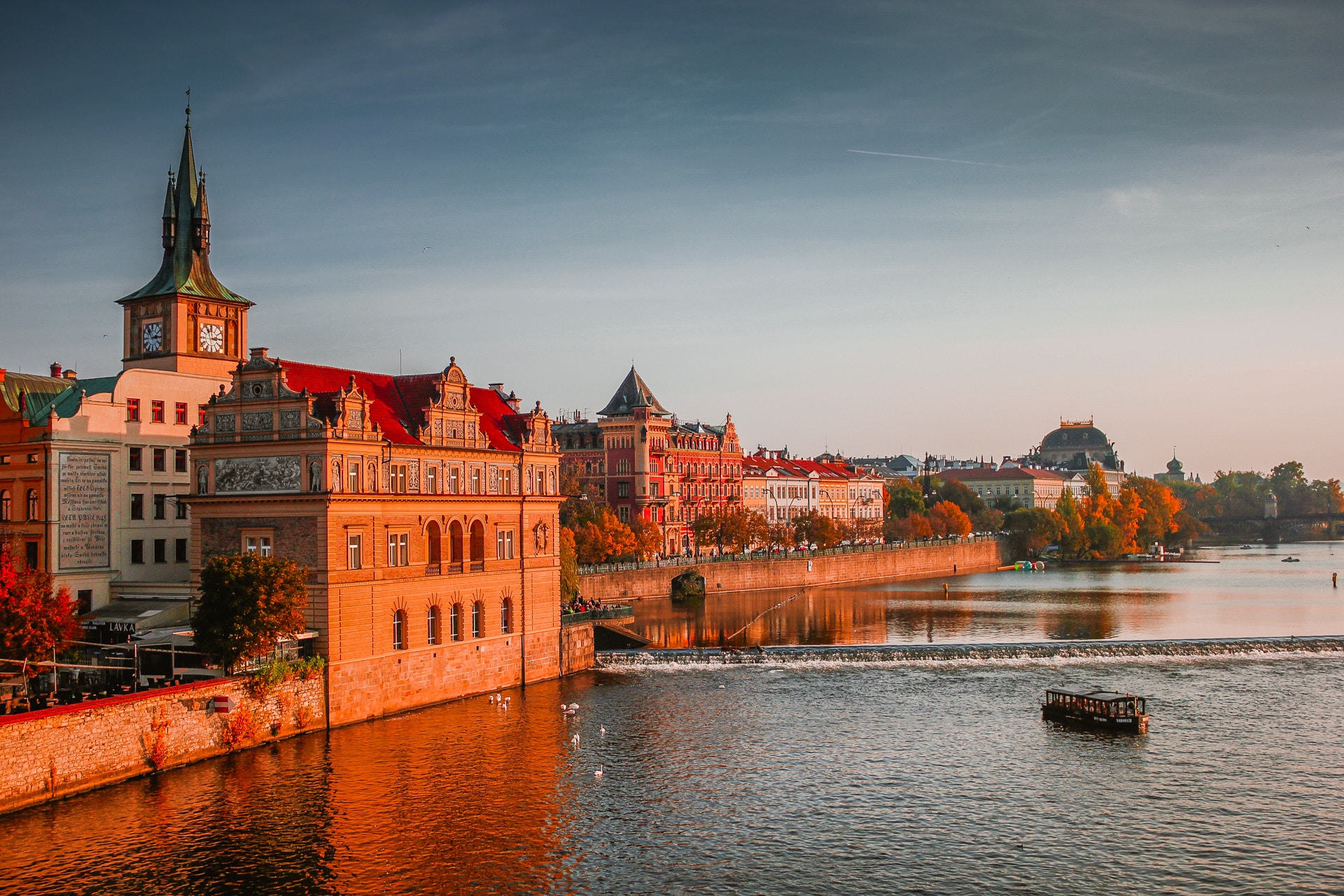 Must see:  the tomb of the most important Czech patron saint, St Wenceslas, the 10th century Catholic Duke of Bohemia also known as Vaclac the Good. He was martyred after he was assassinated by his brother Boleslaw the Bad, and yes, he is the Good King of the carol of the same name.

Leave the Castle Quarter and cross the Vltava via the iconic Charles Bridge to enter the bustling Lesser Quarter, or Malá Strana.

This quarter is full of shops, pubs and restaurants, as well as charming Baroque palaces. Its cobbled streets are lantern-lit at night, transporting you back in time.

The Lesser Town square has been the heart of this quarter for more than 1000 years. It’s here where Czech nobles gathered in 1618, triggering a series of events that resulted in the Thirty Years War. It’s where, in January 2008, Starbucks opened its first coffeehouse in the Czech Republic. It’s where Prague’s most prestigious hotel, the Alchymist Grand Hotel & Spa, can be found.

It’s also where you’ll find St Nicholas Church, one of the most important High Baroque buildings in the city. Its bell tower was one used to warn people of fire and the Secret Service used it as an observation point during Prague’s Communist period. It is still a church, and now also serves as a concert venue.

Must see: leave plenty of time to see Lennon Wall. After John Lennon’s death, this wall was transformed from an ordinary wall into a symbol of peace, love and freedom.

The medieval settlement of the Old Town (Staré Město) was once protected by thirteen gates and a defensive, semi-circular moat, attached to the Vltava river. It’s now surrounded by the New Town, but this quarter has been home to the main seat of the University of Prague since it was founded by Charles IV in 1348. 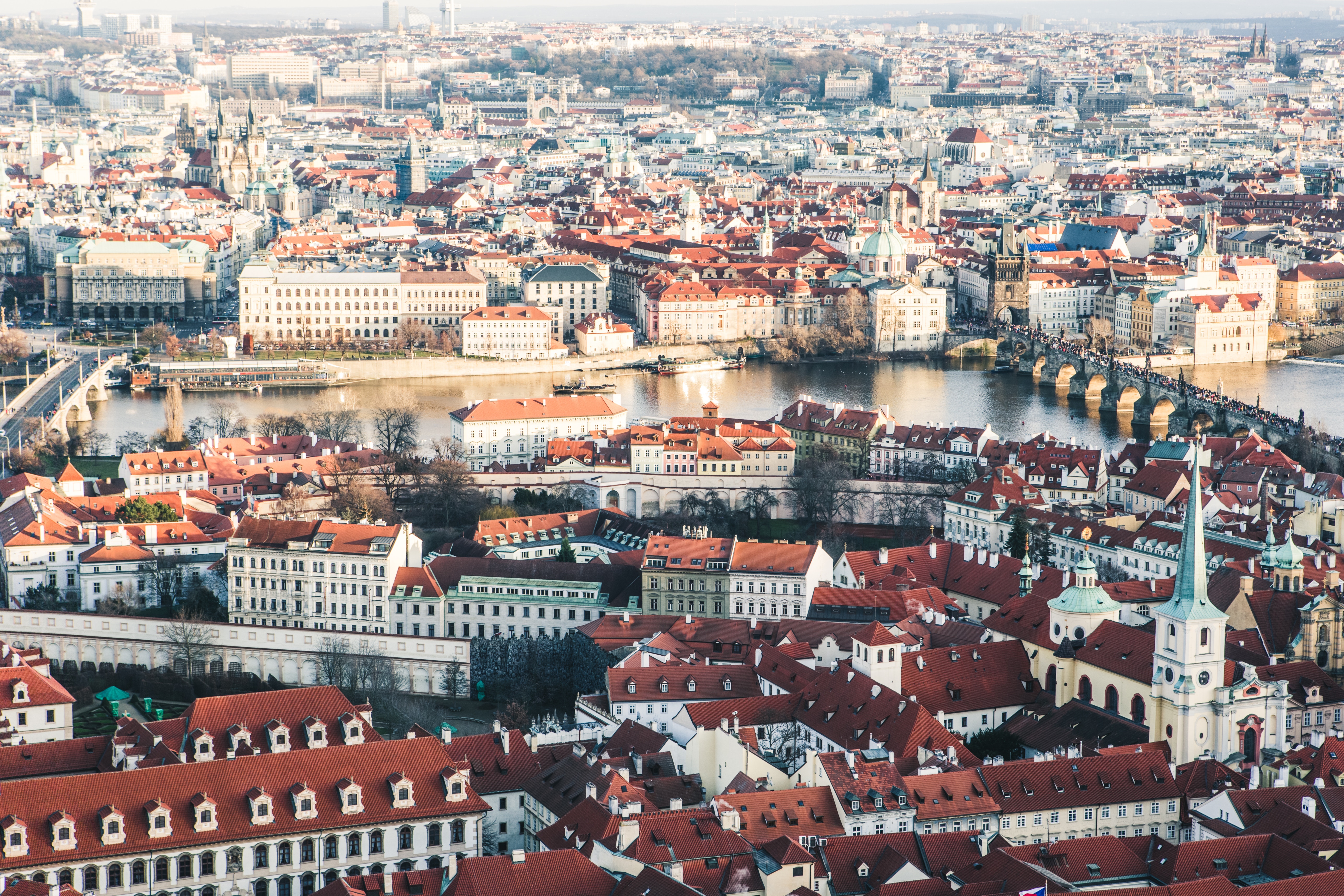 Bethlehem Chapel is a Czech national cultural monument, for its connections with the Hussite period and the Bohemian Reformation. Most of the chapel’s exterior walls and some of the pulpit date back to its medieval origins and it is open to visitors when it’s not being used as a ceremonial hall for the Czech Technical University.

Don’t miss: the Astronomical Clock. This private planetarium is mounted on the southern wall of the Old Town Hall in the Old Town Square. See The Walk of the Apostles every hour and witness the figure of Death, represented by a skeleton, striking the time. According to local legend, the city will suffer is the clock is neglected and the only hope of reprieve is the birth of a boy on New Year’s night.

The last quarter is the New Town, Nové Město. The youngest and largest, although its current layout can be traced to the 14th century, only a few buildings of this time remain. Its most famous landmark is Wenceslas Square. More rectangular in shape, this square was originally built as a horsemarket and is now a centre of commerce. It’s here you’ll find both the National Theatre and National Museum.

Also within the New Town, situated on an Slovanský Ostrov (Slavonic Island, or Slavic Island) in the Vltava, is the Neo-Renaissance Žofín Palace. This cultural centre was named for Princess Sophie (Žofie), mother of Austrian Emperor Franz Joseph I. It opened in 1837 with a ball and is still a venue for balls, as well as concerts, conferences and exhibitions.

Must try: no trip abroad is complete without trying local delicacies. U Fleků is one of the most famous and visited cultural sights in the city and something of a pilgrimage site for beer lovers. Its restaurant comprises eight halls, such as the Václav Hall, named after the former brew master and owner, who had it built from an old stable, and the small Sausage Hall, where Prague journalists met pre- war. Sample Goulash U Fleků, speck dumplings and Prague ham, washed down with the brewery’s signature dark larger, that can only be tasted here.

As German composer Richard Wagner once said: “The ancient splendor and beauty of Prague, a city beyond compare, left an impression on my imagination that will never fade.” Experience Prague for yourself.