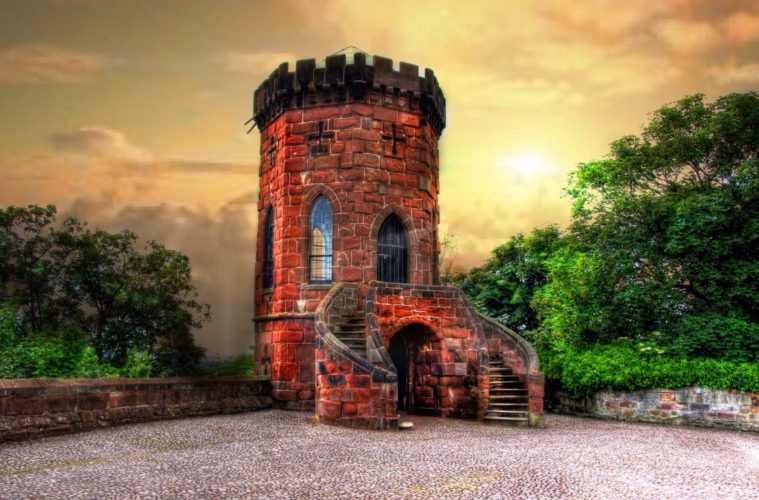 Across the UK, there are countless pockets of natural wonder. From the Scottish Highlands in the north, to the White Cliffs of Dover in the south. There is no shortage of scenery to take your breath away. These places often develop their famed beauty through natural geological formation. However, in Shropshire, there’s a curious pocket of seemingly natural allure. But, all is not as it seems. The Hawkstone Park Follies is 100 acres of parkland, with natural sandstone hills. These have been developed into gullies, caves, towers, and bridges. Quickly becoming one of the UK’s most visited man-made landscapes. Because of this, a day at Hawkstone Park Follies offers a fun, unique and interesting mix of things to do.

What is Hawkstone Park Follies?

Before diving into what you can get up to in the park, let’s get a bit of background for the place first.

Originally opened to the public in the 1700’s, the park in Shrewsbury was the passion project of the Hill family. They began precisely carving out the landscape into the shape we see it today. Hawkstone Park Follies was popular as a landscape attraction until the 20th century, when it began to fall into disrepair. Due to bankruptcy, the long-time family caretakers could no longer afford to add to the estate. Eventually, after being sold back to the government, memory of the park began to fade.

However, when a new owner purchased the estates’ country home to be used as a hotel, a new restoration project aimed to bring it back to its former glory. So, in 1993, visitors were once again welcomed into the delights of ornamental walks and follies. Meaning a day at Hawkstone Park Follies was once again possible. A full-circle story if there ever was one!

With its long history as a collage of landscape artistry, Follies and curiosities have been added throughout the park. This provides new discoveries to make around every corner. (FYI, a Follie is an ornamental building with no practical purpose, usually in a large garden or park) So, here are some of the most interesting spots to look out for on your day at Hawkstone Park Follies.

A gothic style building originally constructed as a halfway point for refreshments. The imposing structure now serves as the visitors centre entrance and gift shop.

Painstakingly carved into dramatic hard rock cliffs, the Menagerie once housed exotic birds and monkeys. It’s now a great place to sit, chat, and take in the unique surroundings.

A turret-style shelter for winter walkers, the now red tower was once white washed and housed a fireplace. It is now a designated Grade 2 listed building. The vibrant red stone contrasts with the surrounding rocky greys and leafy greens, giving it an air of importance. 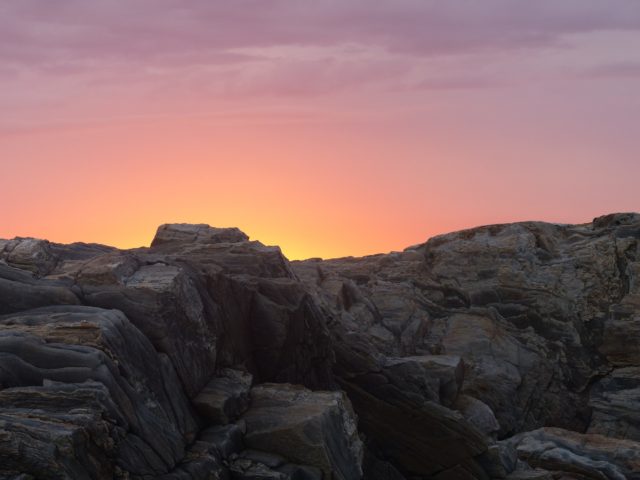 A 150 step, 100ft tall, spiral staircase column. Erected to commemorate Sir Rowland Hill, the first protestant Lord Mayor of London. On a clear day, visitors can expect to see up to 13 counties from the top!

A series of caves and passages, excavated out of soft sandstone. The caves were originally fitted with stained glass windows, with the walls encrusted with fossils and decorations. You can still see remnants of this to this day.

Both tremendous feats of construction, with tonnes of rock having to be removed. The Cleft is a gorge cut into the rock, with small steps guiding you up a steep hill. The Stone Arch is an impressive archway cut into a cliff, providing an amazing entrance towards Hawkstone Hall.

Though these are the most well-known and quirky Follies at the park, there are many more to discover. But, we’ll leave those for you to find. Randomly stumbling across these curiosities is part of the fun for a day at Hawkstone Park Follies. 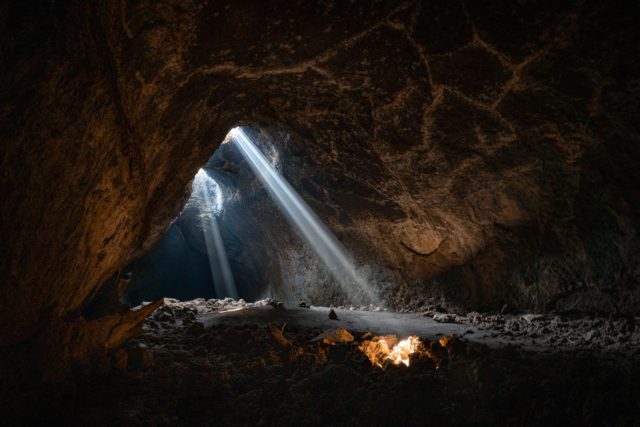 Although a lot of the parks nature is fabricated, or at least partly. That doesn’t mean that truly natural wonders aren’t present throughout. If anything, the interesting blend of man-made and natural elements make Hawkstone Park Follies the popular spot it is today. So, here are some of the ways real nature has taken hold here.

The main hill through Hawkstone was found to be ideal for a walk through trees. Mostly due to it being a halfway point for the grounds, so people could take their time for a rest in the middle of their day. So, a terrace was built for the Arboretum.

Throughout the 1700’s and 1800’s, plants and trees were brought in from around the world. Many of these were planted along the terrace, providing shelter from the hot sun or rain.

Nowadays, the Terrace Arboretum contains a forest of rhododendron. These took hold during the many years of neglect, flourishing due to lack of maintenance. However many of the original species remain very much intact and majestic, towering above the walkway. Giant redwoods and monkey puzzle trees all call the Arboretum home. Along with 150 other plant species!

A range of habitats await exploration for a day at Hawkstone Park Follies. From beautiful deciduous woodland paths, with sweet chestnut and mighty oak. To windswept clifftops with Scots Pine. 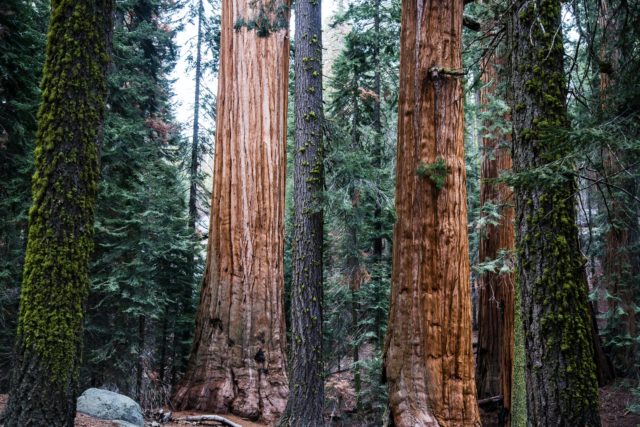 It isn’t just the plant life here infusing the man-made with the natural. Hawkstone also teems with animal life as well.

Birds – The native woodlands of oak, beech and silver birch make the park a bird watchers paradise. Tree creepers, nut hatches, jays and greater spotted woodpeckers all nestle into these trees. Towering sandstone cliffs provide prime locations for peregrine falcons to nest. Whereas the open grassy spaces on the nearby golf course give a home to green woodpeckers, mistle thrush and pied flycatcher. Lastly, breeding buzzards can sometimes be spotted in spring, soaring into thermals above the Grotto.

From this, I’m sure you’ve gathered that the diverse range of habitats at Hawkstone Park Follies is ideal for housing a large variety of species. 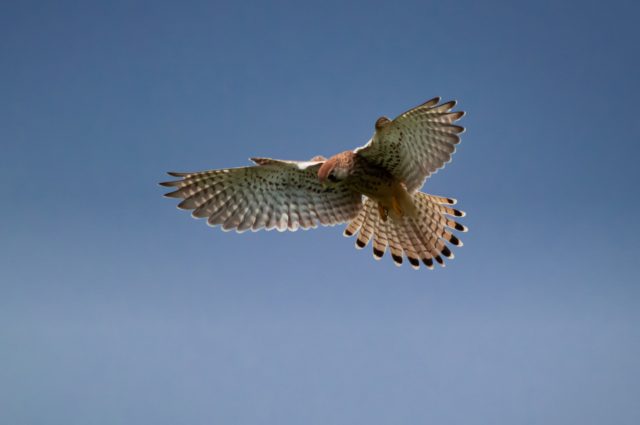 Mammals – Along with the many birds, plenty of mammals can be found scampering through the growth of the forests. A number of bat species reside in the Follies woodland, along with badgers, stoats, foxes, and grey squirrels. Even rabbits are frequent! Though the population of buzzards help to keep their numbers low. Rarely, brown hares have even been known to wander onto the estate, usually spotted by the Warden on his morning rounds! 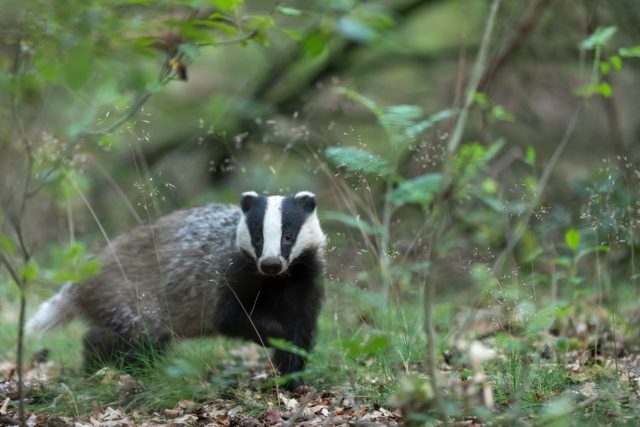 A day at Hawkstone Park Follies would be perfect for a family trip. With fun exploration and excitement for the kids. Interesting curiosities and views of nature for adults, the possibilities here are endless. Tickets are available on arrival, while prices depend on which day or event you’re attending. All details are available online.

Shropshire rarely gets attention, especially from those travelling, or interested in travel. This, in my opinion, is a shame. Just a small pocket like Hawkstone Park Follies contains so much to do and see; more than I could detail in this article. It just goes to show how surprising travel can be, particularly to a lesser-known region.

Hopefully this has opened your mind to what’s available in those less spoken about locations. Quirky curiosities and stunning nature can be found anywhere. Hawkstone Park Follies is just one example.

So on that note, open your mind, and explore Shropshire’s pleasure playground.