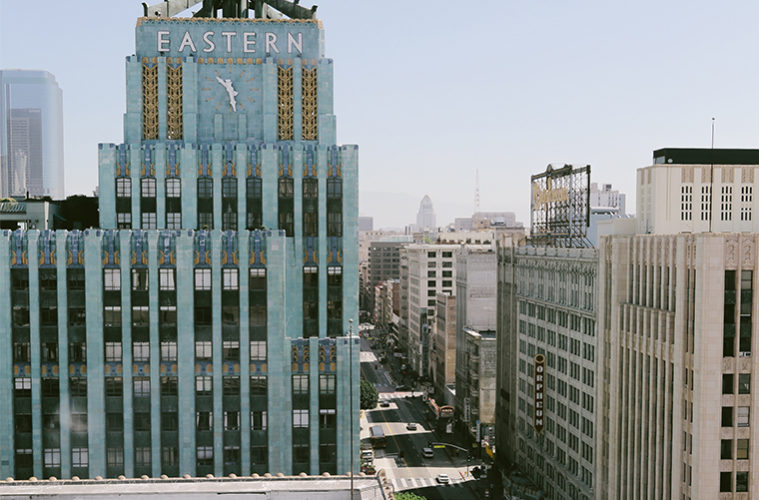 Judge Jules first took to the decks in 1987, launching a career that has notched up millions of miles. His DJ sets are the epitome of what DJing is about – passion and crowd-connection, amazing tunes and a set of hands capable of the most nimble of mixing.

“Picking just 5 great moments in the US is almost impossible! I’ve been lucky enough to play all over, from East Coast to West Coast and everything in between but there are a few memories that stick in my mind so here they are…” – Judge Jules

As we’ve just had Halloween, the first that comes to mind is the legendary Monster Massive in LA, at the Sports Arena with an outstanding crowd. I remember once chatting to someone there about the incredible efforts people go with their ‘fancy dress’ in America on Halloween, compared with the UK’s more lack luster costume attempts. Little did I know that the British expression for dressing up ‘fancy dress’ isn’t used in the United States. It was a real lost in translation moment. Although 98% of American-spoken English is the same as in the UK, the differences can sometimes make one laugh. As did the amazing costumes at Monster Massive.

I can’t not mention Miami WMC, but to pinpoint specific years and events is far too difficult when you’ve been as many times as I have. The first time I went to WMC was in the mid 90s, so one of the pleasures has been to see it develop through the years into the institution it’s become today. I’d never experienced the concept of the “pool party” prior to going to Miami WMC. A concept that’s subsequently been replicated everywhere from Vegas to Ibiza. If only I had better abs for ‘baring it all’.

In 2001 I headed to NYC with Gatecrasher for a monumental gig at the legendary Limelight, alongside the likes of Tiesto and Matt Hardwick. It was a nightclub with a big history in music, and not just dance music. It was a significant moment for a UK brand to takeover and sell out that venue. Sadly, I believe the building is a gym now. Nevertheless, we had a great workout back then.

Another moment that I’ll never forget it is a trip to Portland, Oregon. Forgive me that I can’t remember the year or the venue, but what stays with me is how friendly everyone was… including the policemen! I had been chatting backstage with some officers and they offered me a lift back to my hotel after the show. It was a surreal experience travelling in the back of police car in a completely sealed unit, with plastic seats and no door handles, in a space reserved for arrested criminals, as opposed to DJs who’d been dropping bombs.

Las Vegas has become a must-stop for many artists, and I’ve been lucky enough to play Vegas on a number of occasions. One Vegas event that always comes to mind is a night where I was “supported by Avicii”, whose name was much smaller than mine on the flyer, and who played the warm-up set. Shortly afterwards he became a global mega star – it served as a great example of how our industry can deliver some incredible opportunities for artists and who work hard to live out their dreams.