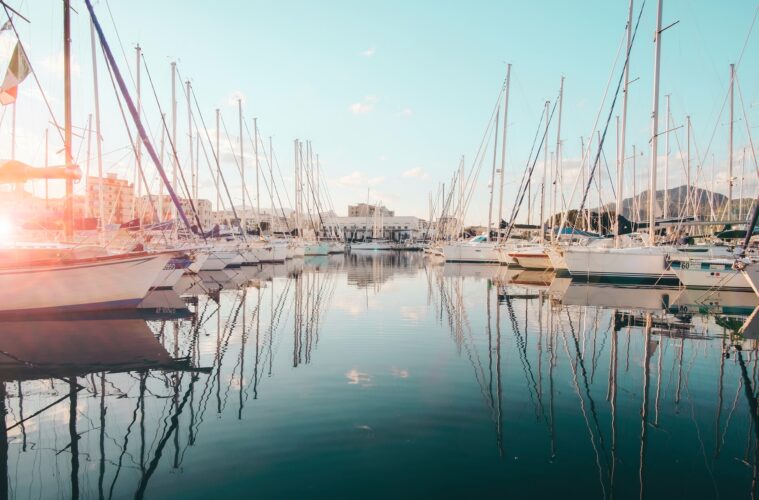 The most Instagrammable marinas to visit for Winter sun in Europe

REVEALED: The most Instagrammable marinas to visit for Winter sun in Europe

New research has revealed the most Instagrammable European marinas for Winter sun, with the Porto Montenegro marina taking the top spot in the rankings.

The research conducted by European based yacht charter group Catamaran Charter Croatia established the most popular European marinas on Instagram and analysed the number of hashtags each one has per post.

The analysis revealed that Porto Montenegro had the highest number of hashtags on Instagram, making it the most Instagrammable. The hashtag #PortoMontenegrohas 173,309 posts on the platform to date. Porto Montenegro, situated in the beautiful, fortified town of Kotor, has an average Winter temperature of 9 degrees.

Limassol Marina, located right in the heart of Limassol, places second with 76,803 posts on the platform for #LimassolMarina. Limassol is Cyprus’ second largest urban area, with its marina accommodating up to 650 yachts. The average winter temperature is 14 degrees.

The third most Instagrammable marina is Club Náutico de Porto Cristo, situated in the quiet Spanish town of Porto Cristo, just along the eastern coast of Mallorca. The marina’s popularity stems from its charming yet luxurious character bringing in tourists and sightseers from across the globe. The marina has a total of 52,280 posts on Instagram for #ClubNáuticodePortoCristo, and the average temperature in the winter is 10 degrees.

The fourth most Instagrammable marina is located in Mallorca, Spain and is named Port Adriano. The marina is extremely popular among luxurious yacht sailors, and relaxing cruises as its appearance is exceptionally beautiful. The marina has 41,589 posts in total on Instagram for #PortAdriano.

In fifth place is Vilamoura Marina, with #VilamouraMarina totalling 28,274 posts on Instagram. Vilamoura Marina is the only marina in the rankings in Portugal, specifically in the bustling city of Quarteira. The city has a vibrant and lively atmosphere which caters to visitors of all ages, which makes it the perfect destination for a winter getaway. The average temperature during the winter months is 14 degrees.

Port Hercule is the sixth most Instagrammable marina, with 21,975 posts for #PortHercule. The marina is situated in one of the hottest and most expensive areas in the world, Monaco. Situated on a natural bay, the marina is the only deep-water port on the French Riviera. Resting on ancestral rocks, the port was used for the Greeks and Romans to trade, which is why many tourists enjoy visiting and indulging in the marina’s history.

The seventh most Instagrammable marina for winter sun is Puerto Banús harbour. This gentle port is located southwest of Marbella in the picturesque Nueva Andalucía and has an average winterly temperature of 14 degrees. To date, the marina has 21,263 posts on Instagram for #PuertoBanúsHarbour, which secured its seventh position.

In eighth place is the Marina Botafoc, located in Ibiza, Spain. Despite Ibiza being extremely tourist-heavy, the Marina Botafoc is rich in beauty, elegance and charm, offering exclusivity and glamour to the old town. The average temperature during winter months is 12 degrees, and this marina has 20,750 posts on Instagram for #MarinaBotafoch.

Port Vauban ranks ninth with #PortVauban totalling 17,523 Instagram posts. The French yachting harbour is a mecca for all things superyacht, located in Antibes on the French Riviera. The port’s current layout has been in use since the 1970s, but the original port dates back to ancient times, allowing locals and tourists to taste this French city’s history. The temperature during winter is 10 degrees on average.

The tenth most Instagrammable marina belongs to the French city of Saint Tropez. Despite the city of Saint Tropez being particularly known for its famous beach clubs and bars, Port de Saint Tropez marina is an extremely popular luxury yacht destination. It has an average winterly temperature of 9 degrees. The marina has 12,925 posts on Instagram for #PortdeSaintTropez, which secures its tenth position.

A spokesperson from Catamaran Charter Croatia commented on the findings: “Winter getaways are becoming an increasingly more popular choice for holidaymakers. It is fascinating to see such a large numbers of hashtags for so many beautifully luxurious and picturesque European marinas, showing how many social media users love uploading stunning snaps of the super yachts and ports these countries have to offer. It also proves just how popular the social media platform is for uploading holiday photos and sharing a glimpse of some of the most exclusive areas in Europe.”

The most Instagrammable marinas in Europe for Winter sun