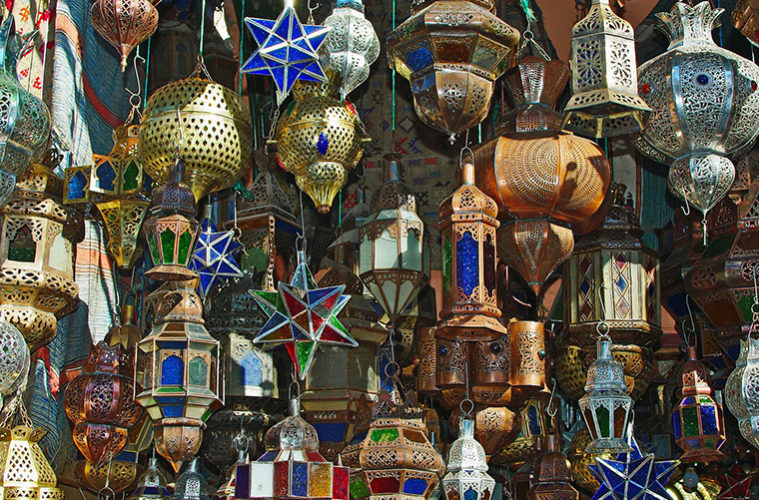 Marrakech – where even the fog spoke

You could sort of call it a last-minute family vacation, but with strenuous planning. We had arrived in Marrakech in the early morning of April, as the sun began to rise from its sleep. With the light now roofing over the bustling streets of the Moroccan capital, the views now protruded more than ever. Upon arrival, we then found ourselves in a taxi routing towards our next home for the following days, an out-of-the-way Riad style hotel minutes from the towns Market Place Jamaa-El-Fanaa.

We received a warm welcome from the Riad Staff, whom attended to our travel-aches with glasses of traditional green tea and bread. From the fine marble floors, and the walls adorned with its zellige tiles, it was quite an accommodation. As we dropped of our luggage and splashed ourselves with sun-screen, it was then time for our first adventure – to the market place.

The market place was only a 15-minute walk from our Riad, but under the excruciating-heat, time didn’t feel like a reality. However, when we did make it to the Market Place, we all knew it was well worth it. The overwhelming crowds of people, from the snake-charmers to the shoe-shiners and the multitude of food stalls boasting Moroccans finest traditional cuisine, this was a must for tourists. But appetize a firm stance, for wherever you went, you were practically lured to every stall (with a financial return of course). We had made it to a food stall, after walking around, and decided to order the infamous Moroccan couscous, lamb tagine which was followed by complimentary spiced-olives and bread. And if you know, Moroccan tagine sends your taste-buds in awe. 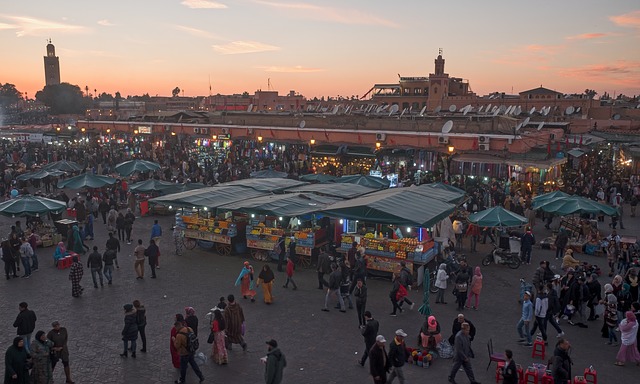 After the meal, we decided to call it a day and headed back to our Riad. The following day, however, we decided to explore the geography of Morocco and headed straight to the notable Atlas Mountains, a mountain range in Maghreb which was over an hour’s drive from Marrakech. The large mountain peak’s glistened in the snow, as the icy wind would dance on your cheeks. There was so much to espy, from the breath-taking water falls to the steep slopes. It was quite a sight, and quite a contrast from the conventional architecture and heat that roamed the streets of Marrakech. It was like having the best of both worlds. As we trekked for an hour with our tour guide, and pursued a hunt for souvenirs and food stalls, we decided to head back. The experience was truly remarkable, and was one to surely contemplate when I would come back home to England.

As the days followed, we had registered the fact that our stay was soon coming to an end and therefore decided to dedicate the consecutive long days into immersing into the land and culture of Marrakech as possible. We roamed the streets, fascinating over the alluring architecture especially the Koutoubia Mosque, with accompanied with a large plaza with its gardens. We had then visited the Majarelle Gardens, a twelve-acre Botanical Garden in the heart of Marrakech boasting its picturesque views. Coming all the way from Modernised Britain, we decided to also hit the high street in Marrakech. Although quite a far-way from it, it did resemble the high street’s here in Britain with the Zara store sign unmissable in the distance and the McDonalds arched, firmly, in the corner of the street. To kick back our “conventional Marrakech experience”, we decided to get a horse-carriage ride back to the Riad.

As we began to say our goodbye to the fascinating and breath-taking tourist city of Morocco, I can only say if you truly want to live, it is to travel. The culture, the food and the people will always be something I will proudly and truly remember.