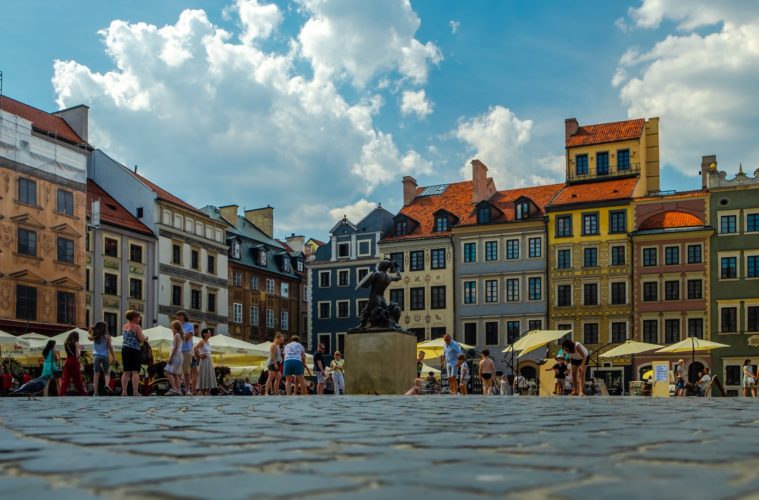 Revealed: The most affordable European city break for couples this summer

The most affordable European city break for couples this summer

New research has revealed that the most affordable European city break for couples is Warsaw in Poland. The average cost for a two-day vacation for two people in Poland’s capital city is £426.

The study, conducted by travel insurance experts Forbes Advisor, analysed the cost of a two-day trip for two people from the UK to each European capital city across various cost of living websites. This included the average price for return flights for two people, two nights’ accommodation, two days’ worth of excursions, a taxi for the entire vacation, and meals out as well as alcohol.

In Warsaw, couples can expect to spend £426 on a weekend away, making Poland’s capital the most affordable city to visit. When broken down, couples are looking at spending an average of £242 on return flights, while a taxi for the two days would only cost £5. Excursions are budget-friendly, starting from only £8. Couples who wish to dine out during their holiday would only need to spend £34 on meals and £12 on alcohol, making Warsaw a great option for couples looking for a weekend getaway that’s easy on their bank balance.

In second place is Sofia in Bulgaria, where the average cost for a couple’s getaway is £432. Visitors will get a better deal on alcohol than in Warsaw (£10 for the trip), but taxis are much more expensive at £18 for two days.

Vilnius ranks in third place with an average cost of £465 for a two-day break for two people. The Lithuanian capital will cost a pair of holidaymakers £248 for return flights, less than Sofia and only £6 more than the top-ranking city of Warsaw.

Skopje in North Macedonia is fourth on this list, with an average cost of £511, the first country on this listing to cost more than £500 for a two-day break for two.

Belgrade in Serbia will appeal to foodies looking for a short break on a budget, as the cost of meals out for the two days is even lower than Warsaw, at just £12. Accommodation is also wallet-friendly, at only £78 for two days. However, the higher cost of flights, at £392 and alcohol at £26, means that Serbia’s largest city ranks fifth on this list.

Prague in the Czech Republic is the sixth most affordable city for couples on a short break, while Podgorica in Montenegro is seventh, costing couples £523 and £528 respectively for the whole holiday.

In eighth place is Sarajevo, the capital of Bosnia and Herzegovina, where couples can expect to spend £538 to stay and explore the city for a short holiday.

In ninth place is Riga, the capital of Latvia, with couples looking to spend £550 on a short break away. When broken down, return flights from London to Riga for two cost £282 and daily excursions only cost couples £20. At £561, only £11 more expensive, is Bucharest in Romania, which ranks tenth.

A notable city to mention is London, mostly because UK visitors don’t have to worry about the cost of flights. However, the accommodation is much pricier at £362 (more expensive than any other entry in the top ten), pushing the average cost of a two-day stay in the city to £538.

The top 10 most affordable European cities for a couple’s two-day break are as follows:

At the other end of the scale, the study found that these were the most expensive European cities for couples looking for a two-day getaway:

Bern in Switzerland is the most expensive European capital to travel to, costing a couple £1,128 for a short stay. The city that has the highest rate for return flights is Nicosia in Cyprus, with two return tickets costing £570 and the most expensive city for alcohol turned out to be Monaco, where drinks for two people over two days cost £82.

Commenting on the study Laura Howard from Forbes Advisor said, “For many couples, the summer of 2022 presents their first opportunity to travel overseas on a city break since the pandemic hit.

“However, while Covid restrictions are largely behind us, budgets are tighter than ever due to the rising cost of living. And this makes getting the best value for money more important than ever.

“It’s encouraging to see that couples can still get great deals in cities like Warsaw, giving them the chance to explore new and interesting places without it being prohibitively expensive.

“Destinations such as Minsk, Prague, and Sarajevo also have a lot to offer, from fascinating history to amazing cuisine and beautiful architecture. And, as is evident from this study, the cost still falls within many tourists’ budgets.”

The study was conducted by Forbes Advisor, whose editorial team boasts decades of experience in the personal finance space. It is passionate about helping consumers make financial decisions and choose financial products which are right for their life and goals.