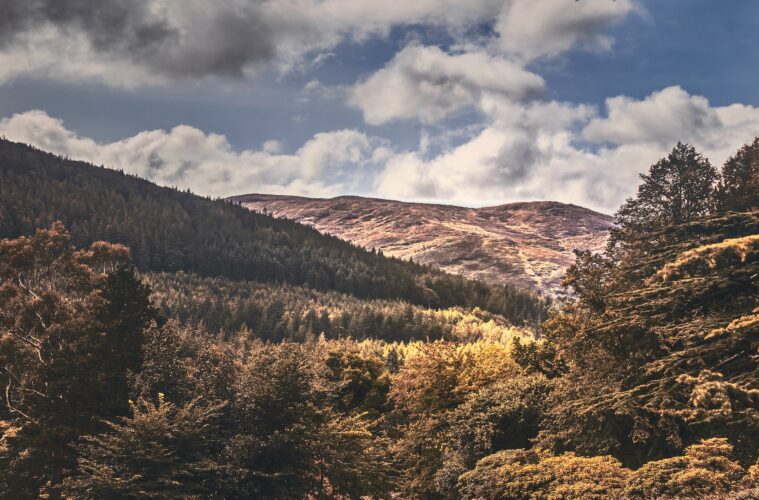 Fantasy pirates beware! Have you been a fan from the first minute and haven’t missed an episode since then? Have you always wanted to go to the filming locations in person and get your own impression of the locations? Then here comes your tour! We have thought of a small self-drive tour for 2 people in Northern Ireland that will take you to the most important filming locations of the series. Of course, you can change this trip as you wish. Our route is intended to serve as inspiration only.

Northern Ireland is the smallest country in the United Kingdom and is situated on the north-eastern tip of Ireland. The size of Northern Ireland makes it easy to travel around the country. From your chosen accommodation, you can easily visit the main attractions of the country on day trips.

Due to the varied landscape, however, the country appears much larger than it is. Breathtaking mountains and valleys, world heritage sites and an inland sea – all this is here in a small space. Northern Ireland is steeped in history, culture and myth. The Giant’s Causeway and the Causeway Coast are not only the country’s top attractions, but also a UNESCO World Heritage Site.

Game of Thrones Filming Locations | The highlights of the trip at a glance:

To find cheap direct flights to Northern Ireland the quickest way is to use our flight price comparison. With Ryanair, you can get a return flight from Cologne to Dublin for as little as €35 per person.

The prices vary depending on the departure airport and travel period sometimes more or sometimes less.

Important: As is usual with low-cost flights, only hand luggage is included in the travel price.

A cheap rental car You can easily find with us. For around €7 per day you can get a small car with fully comprehensive insurance (without excess). So you pay just under €17.50 per person. Make sure you select full/full tank policy.

Your tour of Northern Ireland

late in the evening After you have landed in Dublin, you will receive your rental car directly. As soon as all formalities have been settled, you will make your way to your hotel, where you will sleep for the night.

Your journey begins today. Fresh and cheerful you make your way to your first travel stop – the Tollymore National Park. The national park offers the perfect conditions for outdoor activities such as hiking or camping. It is situated at the foot of the Morne Mountains and offers an impressive view of the sea. With vast forests, hidden caves, and Gothic bridges and gates, your stay in Tollymore is without a doubt a worthy start to your Westeros adventure.

Location: The area around Tollymore National Park can be seen several times in Game of Thrones. This is where the scene with the dead Wildling family was filmed, where members of the Night’s Watch encounter a White Walker. The forest is also where Ned Stark and his sons find the direwolves in season one, and Theon Greyjoy is seen there in season three being pursued by Ramsay Snow.

After you have explored the area on your own, you make your way towards Castle Ward. On the way, be sure to stop by the 800-year-old Inch Abbey, which served as the setting for one of the series’ most compelling scenes.

Film location: This is where Catelyn Stark traveled to negotiate a treaty with the treacherous Walder Frey in the castle called “the twins”. The River Quoile was used to represent the Riverlands – home of the Tullys – and the Red Fork of the River Trident. Hoster Tully’s funeral was also filmed in the area around Inch Abbey. Arya and the Hound also ride through the same rugged landscape to the Red Fork.

Continue to the magnificent Ward Castle, which majestically Strangford Lough overlooks. It features Gothic and Classical architectural styles and has an exotic low-lying garden, peaceful forests and pathways that transport you to the north of Westeros at once. The approximately 800 acres of surrounding land was used for Winterfell courtyard scenes.

The perfect place for an unusual venture! How about, for example, a round of archery right in the palace complex? Though you may not be a marksman like Ned Stark, now’s your chance to wield arrows wildly like a Wildling. Well, maybe not THAT boisterously.

And we have another ace up our sleeve – Odin and Thor. Surely all of you are familiar with the two Direwolf pups that the Starks find in the first season. Encountering these beautiful beasts is a dream come true for any decent Game of Thrones fan. Of course, the two are not real wolves, but dogs of the Northern Inuit breed.

As night falls over the land, it’s time to cap off your trip to Winterfell with a peaceful stroll along the banks of the Lough before returning to Belfast.

Location: The castle is seen in the world of Game of Thrones right at the beginning of Season 1 when Robert Baratheon comes to Winterfell with his entourage and goes hunting with Ned. All of Winterfell’s courtyard scenes were also filmed in the imposing castle.

Before heading to your hotel, cap off your trip to Winterfell with a peaceful stroll along the banks of the lough. You will then drive to your hotel in Belfast, where you will be for the entire trip. staying

Today in the morning you make your way to your next stop – the Magheramorne Quarry. This is an abandoned quarry.

Location : The Magheramorne Quarry stands for two different places in the series: Castle Black, where Jon and Sam spend most of their time, and Hartheim, the abandoned ruined city north of the wall. The latter scenes from season five were filmed near the lake there.

After you have taken enough photos, you drive to the Cushendun Caves. We recommend you to make a stopover at Cairncastle.

Location: This is where Ned Stark drew his two-handed sword called Ice and beheaded a Night’s Watch deserter in front of Jon, Bran, Rob and Theon in the very first episode.

We also recommend a stopover in the Shillanavogy Valley.

Location: Here the ever fierce Dothraki made their camp and the lush green valley was effortlessly transformed into the swaying pastures of Vaes Dothrak.

Location: This is where the dramatic scene of Davos Seewert and Melisandre giving birth to the shadow creature that later kills Renly Baratheon was filmed.

After an exciting day you will be driven back to your hotel in Belfast.

In the morning your journey takes you to Murlough Bay. It is secluded and deserted, just off the coast overlooking Rathlin Island, Mull of Kintyre Island and other Scottish islands. Here you will find beaches, cliffs and green landscapes that will leave you speechless.

Film Location: In the third season Bay was used as a film set for scenes in the, Murlough Iron Islands when Theon rides to the fort with his sister. Interestingly, Davos’ shipwreck after the big battle was also filmed there, although it wasn’t in the Iron Islands.

The journey continues to Larrybane. Larrybane is situated along the beautiful Northern Ireland coast. Scenes in the Stormlands were also filmed here. From here you can also reach Sheep Island, which has an impressive quarry, via the Carrick-a-Rede suspension bridge, which is not entirely free from giddiness.

Location: In the series, the area around Larrybane is where Renly’s army is camped and where the tournament between Brienne of Tarth and Ser Loras Tyrell takes place. This is also where Renly and Stannis’ meeting was filmed.

After exploring Larrybane, head to Ballintoy Harbour. The harbor is one of the prettiest spots along the Antrim coast. Ballintoy Bay is also home to a picturesque fishing hamlet.

Location: In Game of Thrones, this setting was used for the scenes in Lanisport, the port of Peik, in which Theon Greyjoy sets foot on the Iron Islands long time ago.

After an exciting day, make your way back to your hotel in Belfast.

Today begins your last day in Northern Ireland. First you drive to the Dark Hedges. They form what is probably the most beautiful avenue of beech trees in the world. It was planted by the Stuart family in the 18th century along the access road to their Gregorian estate (Gracehill House). The family wanted to impress the visitors as soon as they drove in, and they must have succeeded very well. The Dark Hedges are one of the most photographed attractions in the country Ireland.

Location: In Westeros, the Dark Hedges represent the King ‘s Road that leads from King’s Landing/King’s Landing to the north of the continent. Arya and Yoren also take this path, which helps her escape the palace, as does Gendry, Hot Pie, and everyone else who makes their way to the Night’s Watch.

Afterwards you continue to Mussenden Temple and Downhill Beach. An enchanting 11 km long and golden sandy beach awaits you here, which borders directly on green meadows. The area is best known for the Mussenden Temple. The temple was built to serve as a summer library. Today it stands dramatically on the cliffs and offers an equally dramatic view of the Northern Ireland coast.

Location: Mussenden Temple and Downhill Beach were used as backdrops to the outer reaches of Drachenstein depict. The beach is also the same where Melisandre had the statues of the old gods burned and Stannis Bratheon drew the flaming sword “Lightbringer” from the fire.

Even the most beautiful journey must come to an end. In the afternoon you will make your way to Dublin Airport. Please plan enough time for the journey to the airport and the return of the rental car.

Useful information for your tour of Northern Ireland

Sample calculation for the price per person for the trip from Cologne:

In addition, of course, there are your personal expenses, food, entrance fees, tickets, souvenirs, whatever happens on such a trip.

Since this is just an example, you can of course vary your trip. You will of course find numerous inexpensive accommodation options and hotels in our hotel price comparison.

Climate: Due to the island location, changeable weather with a rather humid climate is one of the climatic conditions that you should definitely be prepared for. You don’t have to reckon with extreme temperature fluctuations.