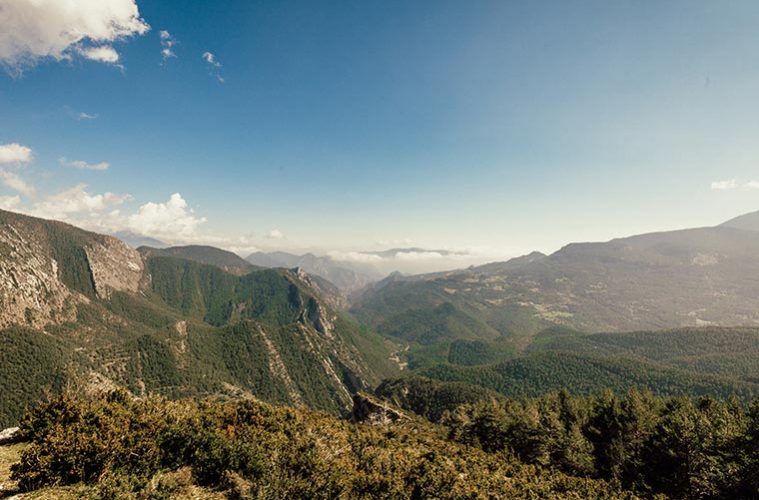 Mountains of Legend: GoT in Northern Ireland

Dominating Northern Ireland are the granite giants of Mourne. Found in County Down, in the south east of the country, the Mountains of Mourne are in an Area of Outstanding Natural Beauty.

The dramatic scenery has been immortalised in Game of Thrones franchise. Exploring the Mournes is to explore the lands of Westeros.

Aaaaaaahhhhhh O m effin g that wasn’t supposed to happen! I met Grey Wind and Summer at the spot that Rob Stark was named King in the North!!! I can die happy and complete

House Stark of Winterfell is one of the Great Houses of Westeros and the principal noble house of the north. In days of old they ruled as Kings of Winter, but since Aegon’s Conquest they have been Wardens of the North and ruled as Lords of Winterfell. Their seat, Winterfell, is an ancient castle renowned for its strength.

The ruins of Inch Abbey are to be found on the northern banks of the Quoile River, near Downpatrick. Founded by John de Courcy in 1180, in atonement for his destruction of Erinagh Abbey, the remains of this Cistercian abbey are nestled in a beautiful setting at once wild and peaceful. It’s here that Robb Stark pitched his camp in the Riverlands in Season 1, at the Battle of the Whispering Wood. Substantial parts of the 12th and 13th century buildings remain intact, including the chancel, the chapter house and the north transept.

The Quoile River itself was also featured, this time for Season 3, as the site of Hoster Tully’s funeral. Views of Downpatrick Cathedral, burial place of Ireland’s patron Saint, St Patrick, and wonderful riverside and woodlands walks abound. The natural landscape of rounded hills and marshes have influenced human settlements throughout history since prehistoric times.

Here’s a shot from my recent trip to Northern Ireland. Can’t believe I hadn’t shared this one yet. It required me to lay on my back and shoot up…so worth it Apparently, St. Patrick is buried here, but there are the same claims at a couple other cathedrals in Ireland ☘

Game of Thrones tour to Northern Ireland can be a great fun even for a complete #GoT virgin like me Thanks @natalia.blanket for organizing!

Tollymore Forest Park in Newcastle hides a clearing once littered with corpses of Wildings. It’s where the multi-million dollar franchise began. The opening scenes of Winter is Coming (Season 1, Episode 1) were filmed here. Follow signs to Altvaddy/Parnell Bridge, where Ned Stark and his sons, and Theon Grevjoy come across the direwolf pups.

For the ultimate GoT experience, visit the National Trust’s Castle Ward. This unique 18th century mansion was Winterfell in season one of the show, as well as the series pilot, albeit with the help of CGI. It’s where filming for the Baelor Battle took place, and is home to the Whispering Wood.

Clearksky Adventure offers fans of the show an opportunity to stand in the footprints of the Starks. They have recreated a replica of the Winterfell archery range, and it is possible to dress up in character costume to truly enter the world of Westeros.