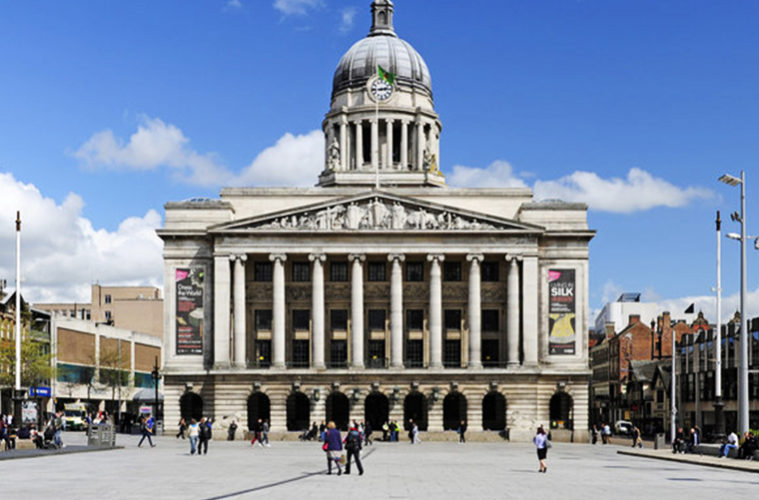 In 1927, the official guide to Nottingham described in its introductory notes the transition that the city would be making over the coming years from a “City Industrial” to a “City Beautiful”, following a huge surge in growth and development in the late 1800 – as had happened with hundreds of other UK towns and cities. In the publication, the phrase “Queen City of the Midlands” sits below an artist’s impression of the Council House (then under construction), a bold statement indeed. 90 years on, does Nottingham, undoubtedly a central hub for the East Midlands, continue to grow its infrastructure, prowess and beauty to keep hold of this grand title?

Arriving by train, an immediate sense that the city is interconnected better than neighbouring Derby or Leicester, is gained from the newly integrated NET system or Nottingham Express Transit. The tram network, strikingly similar to those of Edinburgh and Dublin, whisks passengers from the main line railway station into the heart of the city with frequent stops along the way. As a statement of intent, the NET is noteworthy considering the other cities for which such a comprehensive system is in place; Birmingham, Manchester and those mentioned above, which are much larger in terms of urban spread, population and notoriety. 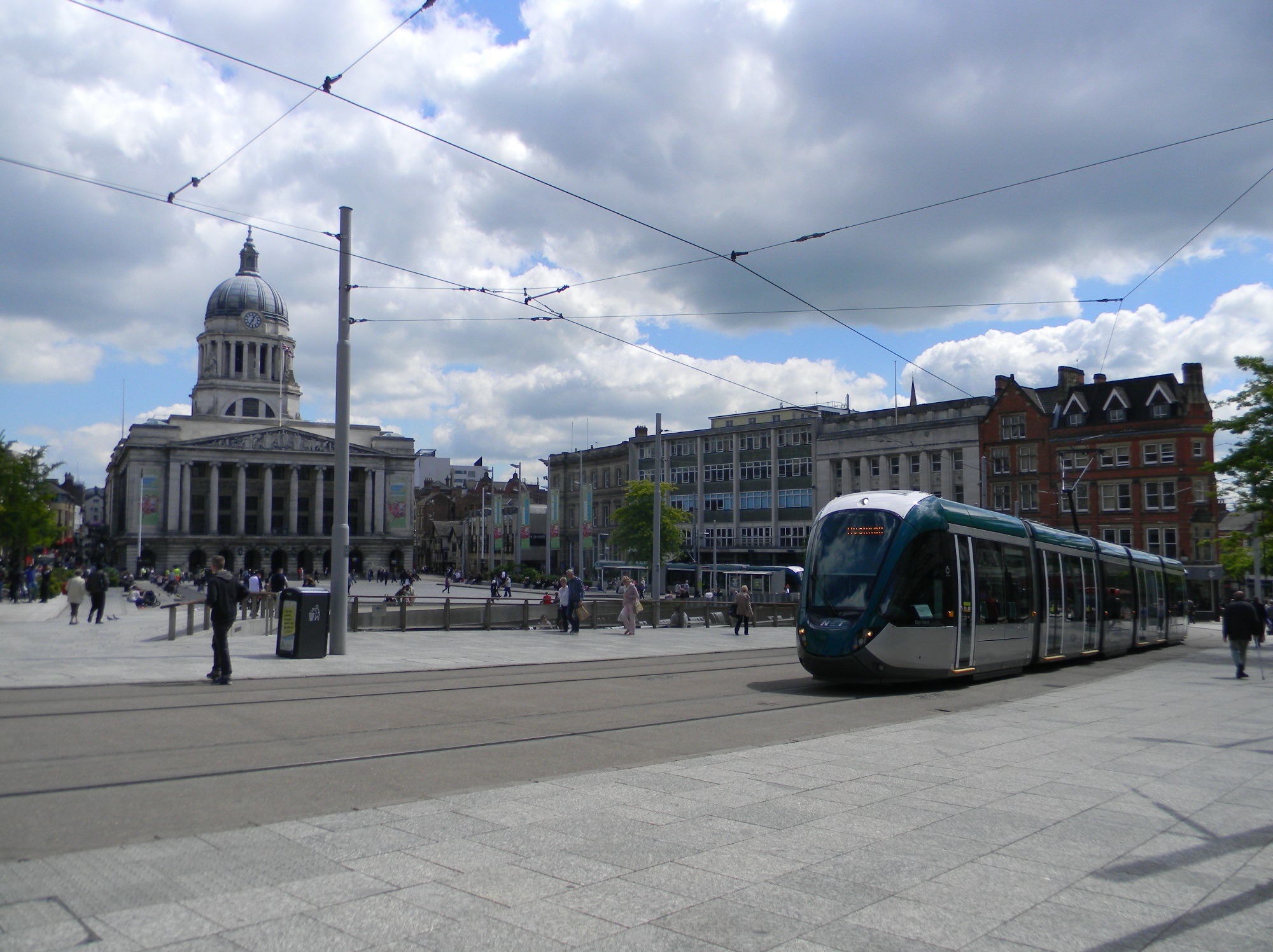 Alighting at Old Market Square further enhances the opinion that Nottingham is a city underestimated to those unfamiliar with it. The redeveloped plaza, complete with water feature, greenery and surrounding shops oozes a cosmopolitan vibe distancing the city from dreary market towns and an untidy retail life post-industry. With the Council House at its centre, there is a prominent European feel to the buzz and enjoyment people have in the large open space and equally the building itself, finished in 1929 could be compared loosely to Amsterdam’s famous Royal Palace within the setting of Dam Square.

An alternative view places instead emphasis on the Council House’s resemblance to American architecture with the large dome atop lying somewhere aesthetically between London’s St Paul’s Cathedral and Washington D.C.’s Capitol Building. The former, located over 100 miles south even shares the same Portland stone in its construction. For years, the bell housed within the dome, affectionately named ‘Little John’ claimed the honour of deepest-toned clock bell in the UK and can still be heard many miles away at the top of each hour.

From Old Market Square, a wide host of retail chains, restaurants and pubs stem into pedestrianised side streets and wider roads. To the west of city is one of the main tourist draws in the form of Nottingham Castle, complete with a subtle Robin Hood theme, in line with the area’s historical legend, that has yet to be overblown into a Disney-style gimmick. Looking up from the imposing Gatehouse it’s interesting to see how Nottingham’s skyline interacts old with new, with concrete tower blocks sitting behind Victorian masterpieces. Inside the grounds, spectacular views can be seen out across the county’s southern reaches and the oblong structure of the 17th Century Ducal Mansion imposes itself on the hillside. Below and outside the Castle’s perimeter wall is ‘Ye Olde Trip to Jerusalem’, advertised as the oldest inn in England. The building, claimed to date back to 1189, inside delivers on modern day standards, with quick to order ‘pub grub’, big brand beers and ciders as well as the renowned selection of local real ale. Tourists relish the opportunity to ‘Ring the Bull’, a skill that requires one to swing a ring on the end of a length of string in such a way as to hook it onto a bull horn embedded in the far wall. Successful players receive a sticker on completion as well as pride and admiration from onlookers. 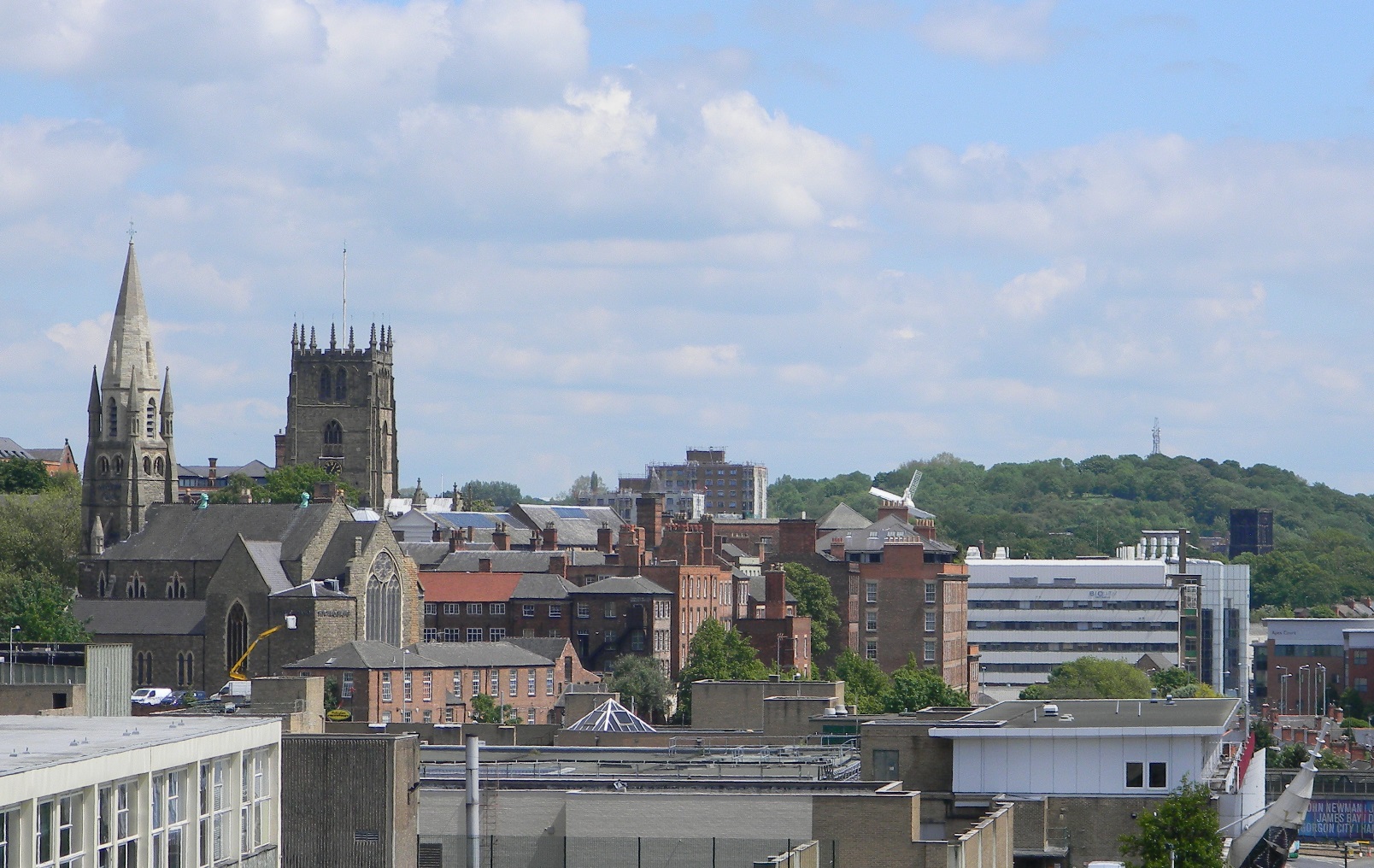 Further north, the city provides a youthful area adjacent to Nottingham University (one of two Universities in the city) and again sees the NET route link suburban areas with the city centre. Small diners (such as the epically quirky Warsaw Diner on Derby Road) and hip cafés are not uncommon and an inevitable night life stems from the many clubs and bars nearby.

Ultimately, the moniker of ‘Queen City of the Midlands’ does seem ambitious in the face of other larger metropolitan areas, particularly in the West Midlands, however Nottingham does have an undeniable prominence, one which is bound only to cities of a certain size. In addition, it is most certainly the case that Nottingham has made the transition fully from “Industrial” to “Beautiful” as was suggested almost a century ago and as a result can be enjoyed greatly by inhabitants and those who choose to visit.