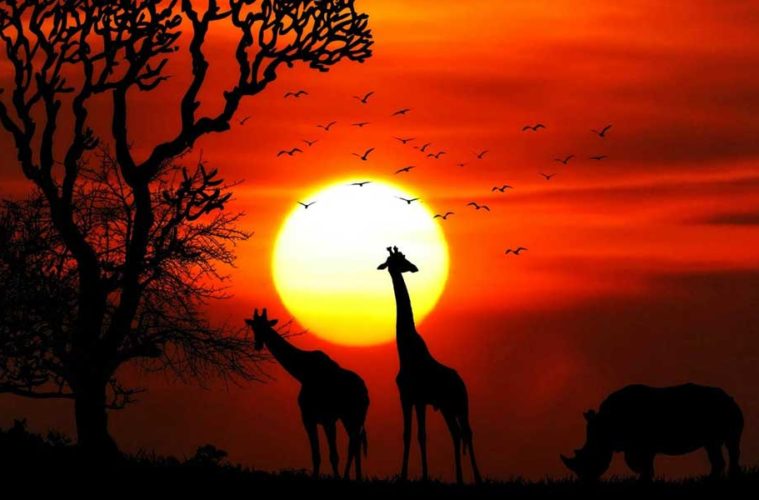 Located on the Western side of Africa’s Great Rif Valley, The Ngorongoro Crater is a symbol of idyllic beauty, a jewel in the expansive savanna.

The Crater is a Conservation Area and a UNESCO World Heritage Site.

Ascending up the rugged awe-inspiring craggy terrain, our hearts sunk with trepidation as our 4-Wheel Toyota Land Cruiser ploughed through layers of breathtaking gorges and spine chilling canyons of Ngorongoro.

This is arguably the largest Volcanic Caldera in the world. By the way, entering the Ngorongoro is strictly by 4-Wheel-drive only. This stamps home the kind of adventure we were up against.

Scaling a height of 2,200m of this gigantic natural phenomenon, we marveled at the picturesque landscape that opened up right in front us, before plunging into the Caldera whose floor stretches over 20km with a diameter of 300sq km. To say the least, exploring the Ngorongoro Crater is by no means a feat for the faint-hearted.

Going down the crater, views on either side of the divide are as stunning as they are spectacular. Soon, a sneaky feeling of foreboding engulfs us at the imagination of what it would mean for us if the car’s brakes were to fail.

Our sturdy 4-Wheel Drive Land Cruiser was equal to the task, devouring rolling hills, huge boulders, hollow gorges, and deep galleys down to the crater floor.

Thankfully the lush greenery of majestic trees cast a dark canopy overhead bringing a balming effect on our seemingly restless nerves. The sunrises in this jungle land are as mesmerizing as the sunsets are romantic.

Sufficient adjectives fail us to fully describe the sheer magnificence of the Ngorongoro. You just have to be scale the crater personally to fully appreciate the splendor and grandeur that is this crater.

We entered the crater from Arusha Town covering a distance of almost 200km.

Remarkable sites of interest along the way included the Lake Manyara National Park, Mount Meru, and the volcanic Oldonyo Lengai which is the only active volcano here having erupted as recently as two years ago.

Other attractions nearby include the Serengeti National Park, the Olduvai Gorge (the famous prehistoric site founded by Louis and Mary Leakey), L.Natron and L. Magadi among others. This Lake’s alkalinity stems from its deposits of the Oldonyo Lengai’s volcanic ash.

The main tribe living here is the traditional Maasai pastoralists who curiously co-exist with the game, with little or no apprehension which may be mitigated by the historical balance of the Maasai people and nature.

The soil here is exceptionally fertile supporting a large population of wildlife all the year round unless during dry seasons.

The Ngorongoro has stunning concentration of wildlife. Here you will find wildebeests, zebras, giraffes and a plethora of many others.  It is also home to a rich array of bird’s species. Some of them include, the masaai ostriches, fish eagles, white pelicans, different species of hornbills, marabou- stocks, the secretary bird, kingfishers, the crowned cranes, white-headed buffalo weavers, yellow throated yong-claw among a host of others. 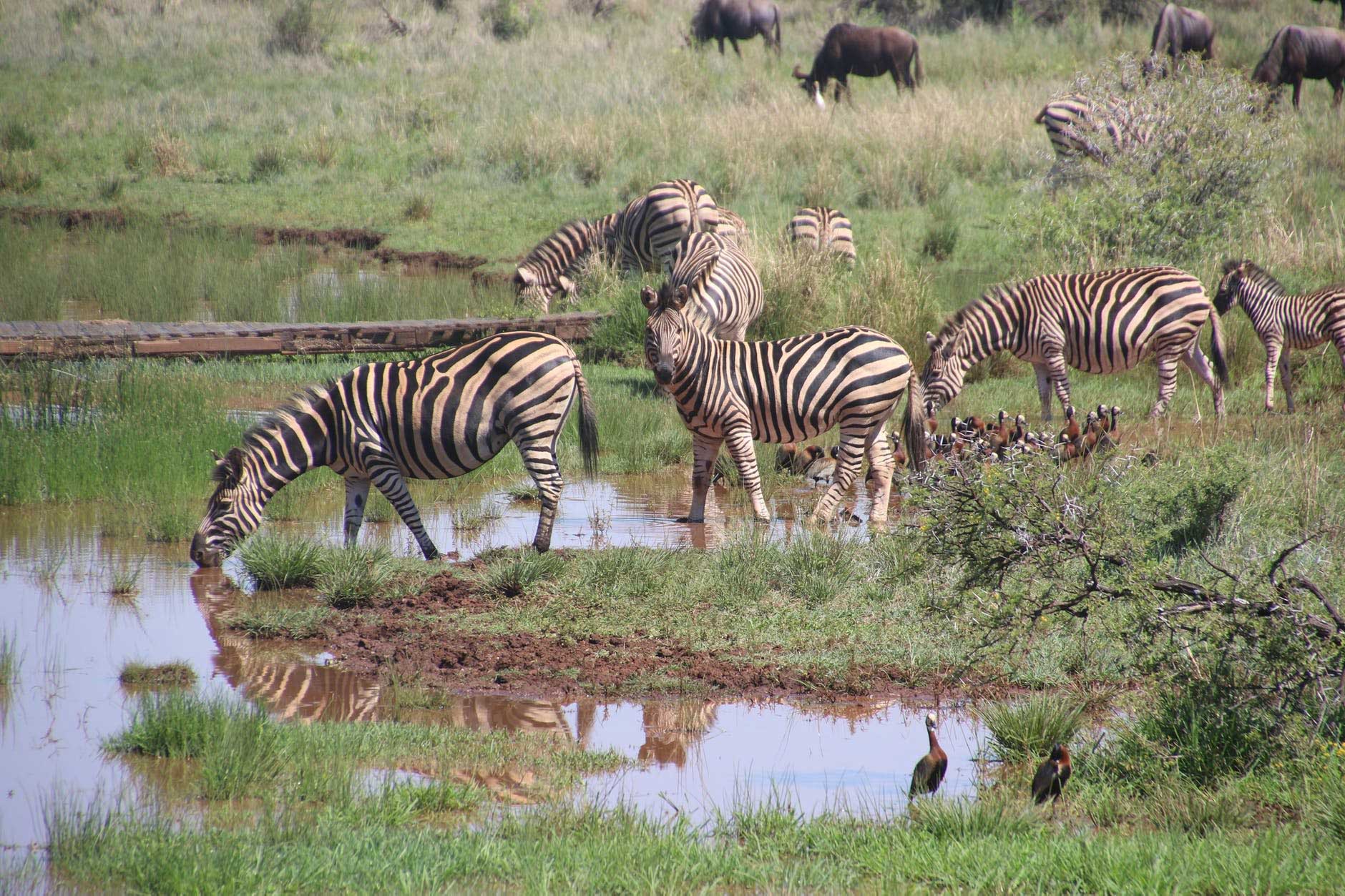 One remarkable thing about this crater is that the animals seem to be in an enclave as if laid hostage, bounded by the crater walls from all sides. Owing to this phenomenon, a visitor can always be assured of stunning view of the game all year round.

We stop by at L.Manyara for light lunch and snacks. This Lake’s water is painted iridescent pink, thanks to the concentration of flamingoes that feed on the algae found on the banks of the lake.

The area around L.Manyara is said to be famous for its tree climbing lions. The park has an impressive range of game that includes buffalos, hippos, wildebeests, waterbucks, impalas etc.

We stumbled upon the opulent Ngorongoro Serena Lodge. It is designed in the style of an old colonial homestead and is situated within the crater rim. This haven provides fantastic breathtaking views overlooking the crater. We beheld the green ridges rippling to the distant horizon, as the morning sun cast cool shadows in the plains of Serengeti. No wonder the luxury it offers cost an arm and a leg.

So spellbinding are the escapades of Ngorongoro that we almost found ourselves locked in within the park. The management of this establishment prohibits any activity after 19:00hrs.

Running late within this park would attract a day’s imprisonment or a certain amount of fine. Thankfully Sam our host, who previously had a brush with this kind of law, rushed us out just in time.

We travelled back to Arusha where we rested for the night before starting out on our return to journey to Nairobi. I could not help but reflect just how richly endowed our planet home is. It is a shame that man in his greed has wreaked havoc to our ecosystem by upsetting the status quo.

The shimmering moonlight perching on the horizon set the stage as the musical sounds of insects and crickets kept us entertained in perfect choreography as we cruised along the dusty Kajiado-Namanga rough road.

Needless to say the visit to the Ngorongoro Crater will indelibly remain in our minds not only as a significant tourist attraction but a significant historical and cultural reference point of the East African Community family.