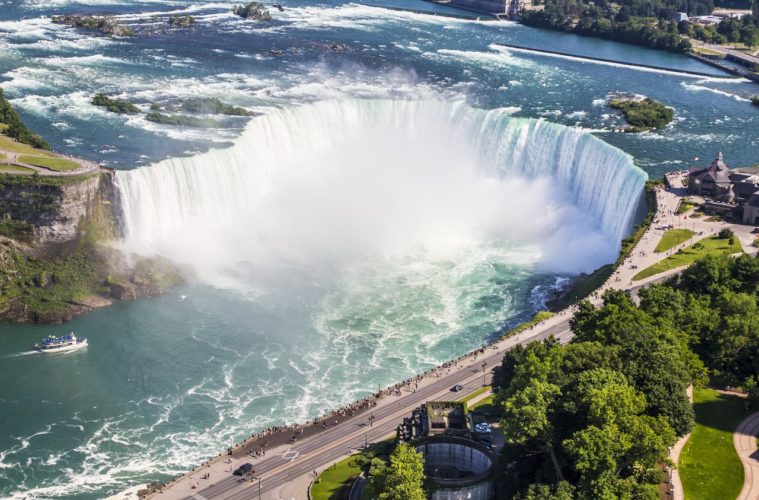 The most picturesque waterfalls around the world

New study reveals the most picturesque waterfalls around the world

October 2022: A new study from long haul holiday specialists Travelbag has revealed the most picturesque waterfalls around the world according to Instagram, ranking the waterfalls with the most posts to their name to determine which are a must-see for travellers.

Waterfalls are a particularly popular attraction for sightseers, and various falls around the world attract millions of visitors each year to marvel at their beauty. But which of the world’s waterfalls are the most picturesque of all?

Niagara Falls, situated on the border between Canada and the USA, ranked number one with 3.5 million Instagram posts under the #NiagaraFalls hashtag. Fellow US waterfalls Multnomah Falls and Yosemite Falls also ranked among the top five, with 270,997 and 215,827 posts respectively.

The top five most picturesque waterfalls in the world

Niagara Falls is probably the most famous waterfall in the world, earning it a whopping 3.5 million posts to its name on Instagram. It’s made up of three waterfalls that span the border between Ontario, Canada and New York, USA, and the falls can be accessed from either side for truly jaw-dropping views.

In second place, Victoria Falls in southern Africa drew 300,380 posts on Instagram. Although Victoria Falls is neither the tallest nor the widest waterfall in the world, its combined height of 354 feet and width of 5,604 feet makes it the largest sheet of flowing water on the planet – as well as one of the most beautiful. Its impressive size and beauty makes it one of the seven natural wonders of the world, so it’s not one to miss!

The third most picturesque waterfall according to Instagram is Iguazu Falls in South America, which has 286,839 posts to its name. Situated on the Iguazu River along the border of Argentina and Brazil, Iguazu Falls consists of a chain of hundreds of waterfalls which make up the largest waterfall system in the world. The surrounding rainforests make for a uniquely jaw-dropping setting.

Ranking just behind Iguazu Falls with nearly 280,000 Instagram posts is Multnomah Falls in Oregon, USA. This stunning waterfall is the most frequently visited natural recreation area in the Pacific Northwest of the USA, attracting over two million visitors each year thanks to its breathtaking beauty.

Yosemite Falls is the tallest waterfall in California’s Yosemite National Park, and rounds out the top five list with 215,827 posts under the #YosemiteFalls hashtag. It’s best to visit Yosemite Falls in late spring when water flow is at its peak, cascading down a 2,425 feet drop.