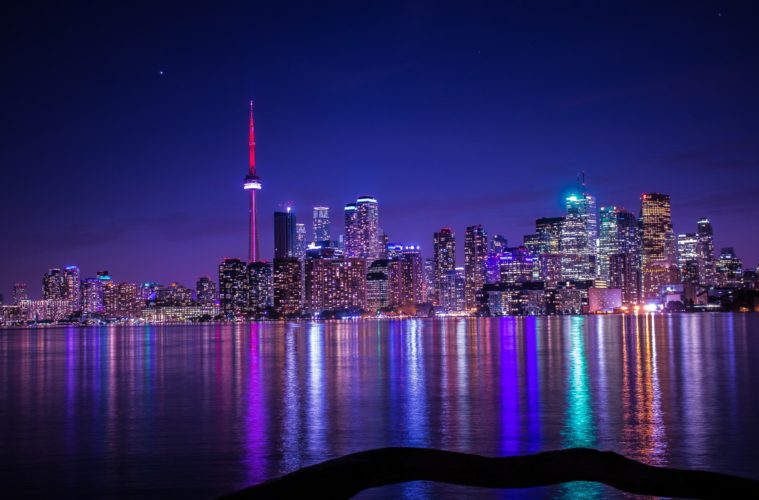 Making the Most of What Ontario Has To Offer

The Province of Ontario, home to Canada’s capital city, Ottawa, is one of the highlights of any tour of that vast country. It is home to the majority of Canada’s population, many of whom inhabit the sprawling metropolis of Toronto City, where there are numerous exciting museums, landmark buildings and other popular tourist sites. And alongside that buzzing metropolis, Ontario is also home to one of the most stunning natural wonders in the world, Niagara Falls. There are also lakes, castles and a beautiful winery amongst other highlights.

Here, for those considering a trip to Ontario, we bring you the top eight things to do there.

No trip to the province would be complete without this – you can get up close and personal with one of the most awe-inspiring natural wonders of the world at the Niagara Falls. The falls span the border of Canada and the U.S and day trips can be arranged from Toronto if you are staying there.

To give you an idea of scale, the largest of the falls, Horseshoe Falls, is 187ft high, and in total, 3,160 tons of water flows over the entire falls … every second! They are estimated to be around 12,000 years old … dating back to the last glacial age, and the water flows in from four of the five great lakes – one of which we will be discussing in a moment.

So, with all that in mind it’s no wonder Niagra Falls are one of the most popular tourist destinations in Ontario! To see them for yourself there are numerous boat tours which are available to take you to the heart of the action.

But if you are looking to stay dry but want to still take in all the natural beauty then you can take a helicopter ride to soar above the Niagara Falls, or visit the Skylon Tower and dine in luxury while you observe the natural wonder from 775 feet above.

The sprawling metropolis of Toronto City has countless activities for you to indulge in too, ranging from unique culinary experiences to scary but thrilling helicopter rides over the skyline.

By far the most popular tourist attraction in Toronto is the CN Tower, an engineering marvel.  It stands at a height of 553 metres, making it visible from virtually anywhere in the city and surrounding areas. The tower hosts an award-winning restaurant which gives 360° views of the city, an observation level with glass floors and even the world’s highest outdoor walk – the EdgeWalk. You can find out more here.

Beyond the obvious stops on any tour, Toronto is also a hub of history and culture, with a myriad of museums and art galleries such as the Royal Ontario Museum, Art Gallery of Ontario and also a homage to Canada’s national sport – the Hockey Hall of Fame.

Ottawa, the capital of Canada, is a stunning city steeped in history and natural beauty. While not the largest city in the country, it is said that Queen Victoria chose Ottawa as the capital due to being located centrally between Montreal and Toronto, while also being strategically placed far from the U.S border.

Perhaps more so than Toronto, Ottawa is a nucleus of history and culture, where you can get lost exploring Canada’s rise from a British colony to a fully-fledged independent nation by visiting places such as the National Gallery of Canada, Canada Aviation and Space Museum and the Bytown Museum.

Home to Canada’s federal legislature, Parliament Hill is a stunning array of neo-Gothic architecture that sits on the bank of the picturesque Ottawa river.

While acting as the centre for Canada’s political system, it is open to tourists for guided tours around the building and surrounding gardens.

Parliament Hill is also home to the Peace Tower, a 300ft tower which is the focal point of the complex and is a memorial to the Canadian soldiers who died during the First World War.

One of the five Great Lakes which span much of the border regions between Canada and the U.S, Lake Ontario is the smallest of the lakes but acts as an outlet to the Atlantic Ocean, with the Niagara River being its primary inlet.

If you include this in your tour of the province then you can take a boat trip to the centre of Lake Ontario for some amazing views of the Toronto skyline, or visit the Lake Ontario Park in Kingston for a scenic walk along the waterfront which looks particularly great in the evening.

What you may not know about Ontario is that in it became the first of Canada’s provinces to introduce legal online sports betting and casino gambling outside of the government’s own OLG.com website. As reported in casino blog, The Casino Heat, this is a big change in the betting landscape in Canada and marks a major shift towards a more liberal framework. Gamblers in Ontario now have access to many licensed casinos online run by private betting firms.

And as well as online gambling in Ontario, there are now numerous opportunities to bet at high street bookmakers, as well as at the big racetracks like Woodbine and Ajax Downs.

In short, whilst there is a long way to go before Ontario competes with meccas like Vegas or Macau, if you want to include some betting action in your holiday there is plenty to enjoy here.

For wine experts and novice drinkers this is a must see. Located on the banks of the Niagara River, and nestled in the heart of a vineyard, the Peller Estates Winery is one of the best culinary experiences in Ontario.

Here, as well as sampling the best wines Canada has to offer (better than you might think in fact) you can awaken your palate with innovative menus with locally sourced ingredients, and alternative craft wines directly from the nearby vineyards.

Dundurn Castle is a gorgeous neoclassical mansion located on the cliffs of Hamilton Bay, Ontario. Built in 1835, the castle is over 18,000 square feet, and hosts over forty rooms.

Nowadays, the castle acts as a civic museum, and includes a military museum displaying many various artefacts surrounding wars such as the War of 1812 and both World Wars.

Perhaps one of Ontario’s most unique attractions, the Grotto, located in the Bruce Peninsula National Park, is described as ‘One of Mother Nature’s crown jewels’.

Like one of the world-famous Greek Caverns, the Grotto is a beautiful turquoise body of water burrowed in an intricate network of cave structures, allowing for some truly stunning views.