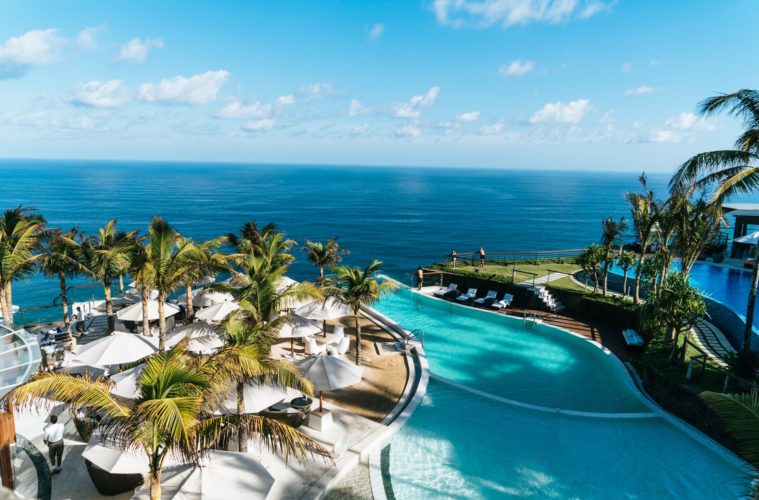 The Most Expensive Seven-star Hotels in the World

Although a handful of hotels across the world lay claim to a seven-star rating, there’s no officiality behind this claim. Because the truth is, seven-star hotels don’t actually exist. The most expensive seven-star hotels in the world usually acquire this rating from journalists who felt five stars wasn’t enough.

However, that doesn’t mean it isn’t still used to describe the crème da la crème of hotels. The idea for the seven-star rating came about from a journalist who felt when visiting the opening of the Burj Al Arab in Dubai, that five stars just didn’t do its grandiosity justice.

Unsurprisingly, these top tier hotels are amongst the most expensive hotels globally. So, why not momentarily pretend you have Jeff Bezos’s wealth and immerse yourself in a dream of visiting these otherworldly hotels.

Beginning with the hotel that started it all, the Burj Al Arab.

Many argue this hotel’s price tag is justified by the quality of the experience. Some of its amenities include entry to a private beach, access to its breath-taking spa, unlimited entry to two of Dubai’s best waterparks, a jacuzzi situated in your room and if you want, you can even request to borrow a Macbook Pro. So, I think it’s safe to say this hotel sounds like pamper heaven!

Given its global reputation, it’s hardly a surprise that this place comes with a hefty price tag. In the month of June for one guest, prices for a room start at £744 per night, and reach as high as £6,804.

This self-described palace is the epitome of a romantic’s vision for a trip to Paris. Situated in the heart of Paris, this hotel is just a short walk from the Eiffel tower, with some of the best rooms actually looking out onto it. Additionally, it has its own Dior institute spa, which is free for guest use, alongside other exciting amenities, including a seasonal ice rink! 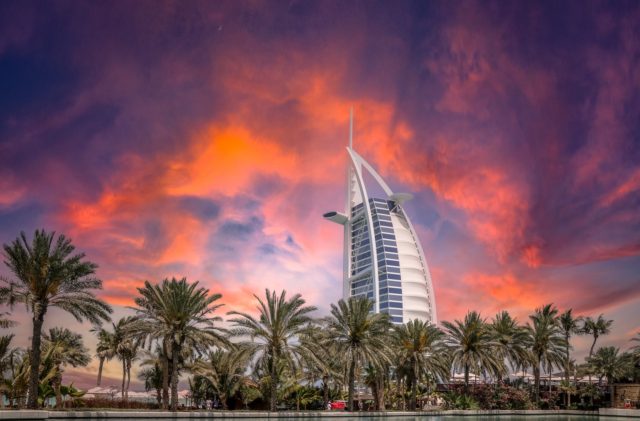 Burj Al Arab, one of the most expensive seven-star hotels

With only seven suites, getting a reservation in this hotel seems virtually impossible. It’s hosted celebrities, royalty and politicians and is located inside the Galleria Vittorio Emanuele II in the centre of Milan.

The high-status reputation of this hotel’s guests means it’s big on privacy. Therefore, it’s rather lacking in the photo department. According to Forbes, and after converting prices from Euros, a night in this hotel will cost you a minimum of £1,259 or a maximum of £12,595 for the best suite.

This Fijian private island quite literally looks like a slice of heaven. With an 18-hole golf course, jet skiing, horseback riding, snorkeling, diving and more all on offer, boredom is non-existent.

The only way you’re getting to there though is through the island’s independent aircraft company. Costing around £600 for a one-way flight, or via private jet.

A night on this private island will set you back a minimum of £4,272, for one person in June. Equally, for a three-bedroom residence, it could end up costing you a hefty £9,000 per night.

This luxury New York hotel can be found at the corner of 77th Street and Madison Avenue, right in the heart of the Big Apple. Whilst this hotel is perhaps lacking in luxurious amenities, relative to the aforementioned seven star hotels, it’s still certainly up there as one of, if not the best, hotels in New York.

The cheapest room you’ll find per night in The Mark, sits at around £958 per night. Whereas for the most expensive room with a price actually listed, £7,941 per night. While the price of a night in the penthouse isn’t listed, Insider places it at a jaw-dropping £56,900 a night.

The most expensive seven-star hotels | Summary

Although the cost of these hotels is speech-robbing, sometimes it’s nice just to indulge your imagination a bit. So, if they’ve got you feeling keen for a spontaneous holiday, why not find an affordable trip away on LastMinute.com?