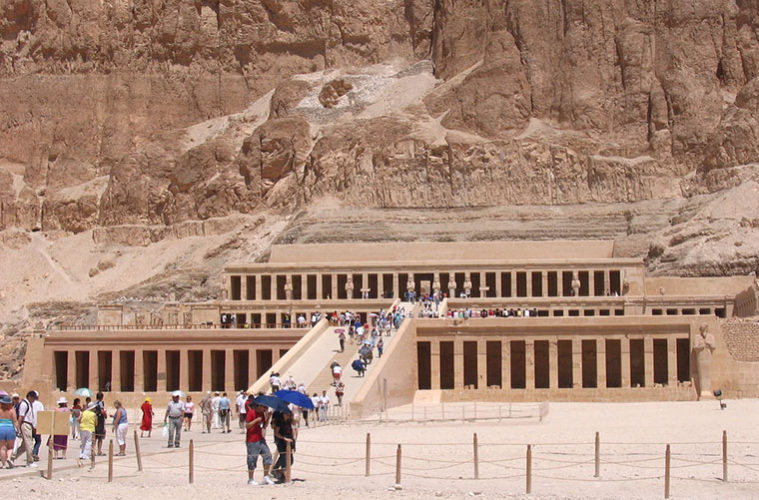 The Valley of the Kings – Luxor’s West Bank

Egypt is famed as an archaeological paradise. Temples, statues and tombs are scattered throughout the land, but the most famous are arguably to be found in on the West Bank of Luxor.

The West Bank is the gateway to the Valley of the Kings, a necropolis for kings and nobles nestled within the Theban hills and set within the stark desert of the landscape.

Your journey to the final resting place of the famous, and infamous, Egyptian rulers will take you past twin figures, the Colossi of Memnon. It’s free to view these enormous stone statues of Pharaoh Amenhotep III, who reigned Egypt during its eighteenth dynasty (c 1550-1292 BC) and the pair have stood in this position, west of the River Nile, since 1350BC. Although both statues are damaged, and the upper half of each are unrecognisable as a result, a legend has been born from the rupture to the northern colossus following an earthquake in 27BC. Within an hour or two of sunrise, usually right at dawn, the lower half of this statue is said to “sing”. The Vocal Memnon is reputed to bring luck to those who hear it, but the last reliable mention of the sound dates from 196, with modern mentions dismissed as hoaxes. 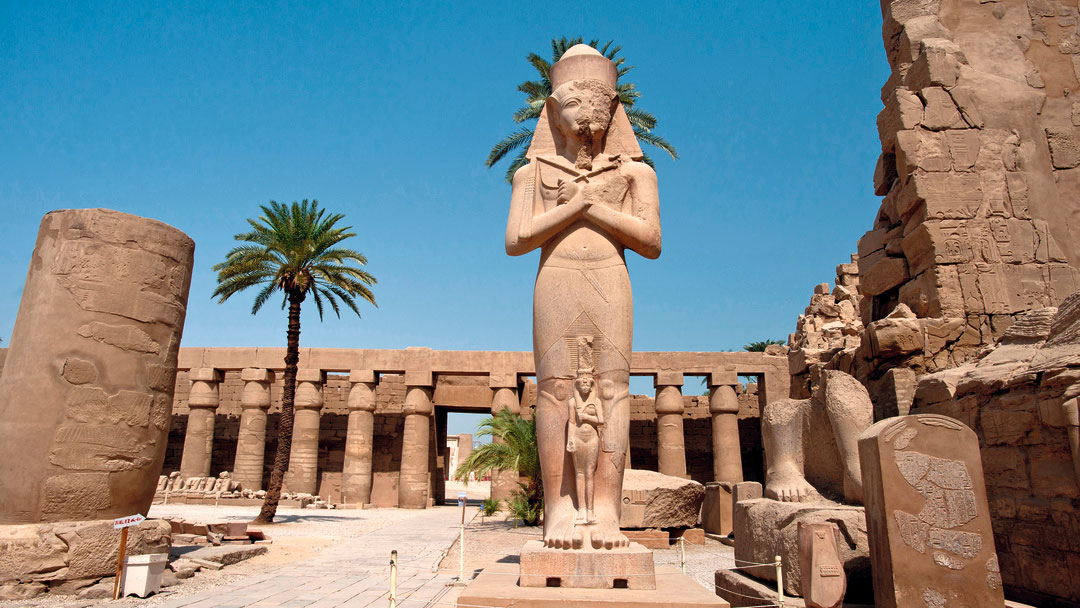 Travelling onwards along the dusty roadway, you will reach the Medinet Habu, the Mortuary Temple of Ramses III. Early excavation of this enormous temple saw the destruction of Coptic buildings within, but contains more than 7,000 square metres of decorated wall reliefs. It is probably the best known source of inscribed reliefs depicting life during the reign of Ramses III.

The impressive Temple of Hatshepsut at Deir el Bahari is dedicated to the Queen of the same name, Egypt’s longest ruling female. Despite its modern appearance, it was constructed around 1500 years BC, and its statues, sphinxes and reliefs have been carefully restored.

Leaving this temple, you will continue to one of the most remarkable archaeological destinations in the world – a site of unrivalled antiquities and legends and burial place of most of the pharaohs of Egypt’s New Kingdom, the Valley of the Kings. 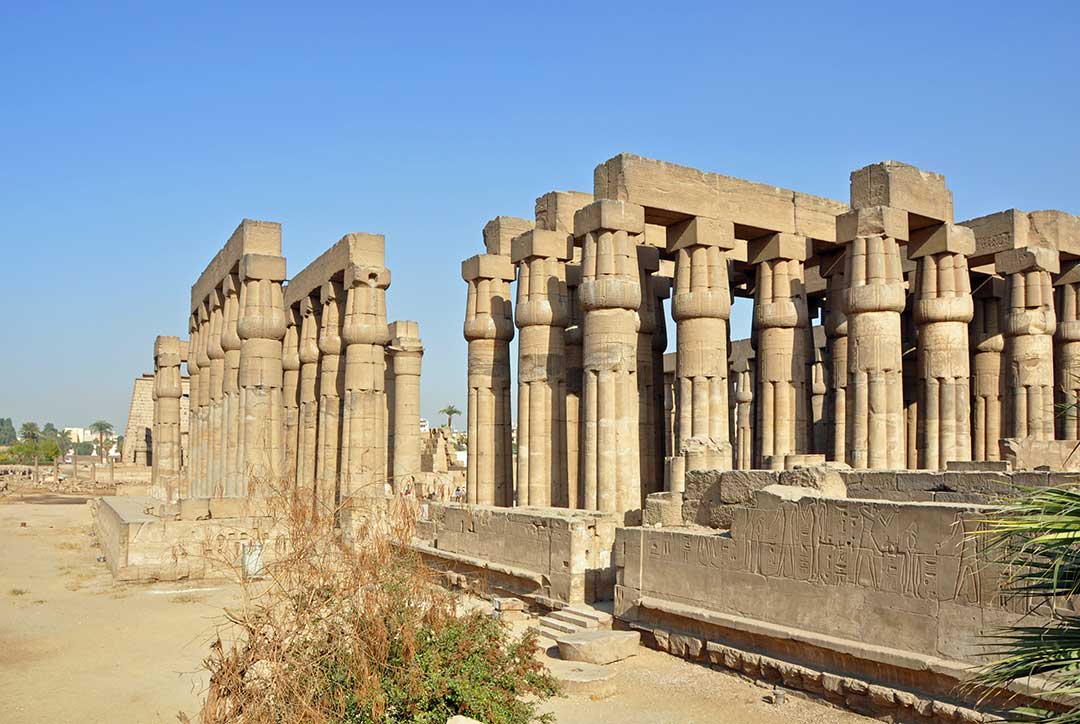 Baked by the relentless sun, and shimmering in the haze, the valley is home to one of the most infamous tombs – that of Tutankhamen, KV62. King Tut’s tomb was discovered, almost intact, in 1922 by Howard Carter. The discovery received worldwide press coverage and reignited public interest in ancient Egypt. Set on a hill overlooking the junction between the main road to the Valley of the Kings and the road to the Temple of Seti I is a single domed building, the house in which Carter lived for years while searching for the tomb of Tutankhamen

The mysterious deaths of those who excavated the tomb, including Carter’s sponsor, Earl Carnarvon who died within weeks of entering the tomb, gave rise to the legend of the Pharaoh’s Curse. Entry to this tiny tomb is, like so many, down a steep stairway and walls are decorated with reliefs, although King Tut’s tomb is “unfinished” and better examples of Egyptian hieroglyphs exist elsewhere within the valley.

KV5, the tomb of the Sons of Ramses II, is the largest tomb within the valley and is still under excavation. More than 130 rooms or chambers have been discovered, although less than 7% has been cleared, and excavation continues at this tomb, as well as a number of other sites within the Valley of the Kings.

Most visitors stay on Luxor’s East Bank and travel to the West Bank via ferry across the Nile, or via the relatively new road bridge. With the continued interest in the area, there are now several properties offering guest accommodation close to the Valley and its tombs.

The West Bank sites are spread out and it’s worth hiring a taxi for the day – be sure to negotiate and agree a price before jumping in – somehow, despite the crowds, your taxi driver will find you ready for the next leg of your journey. 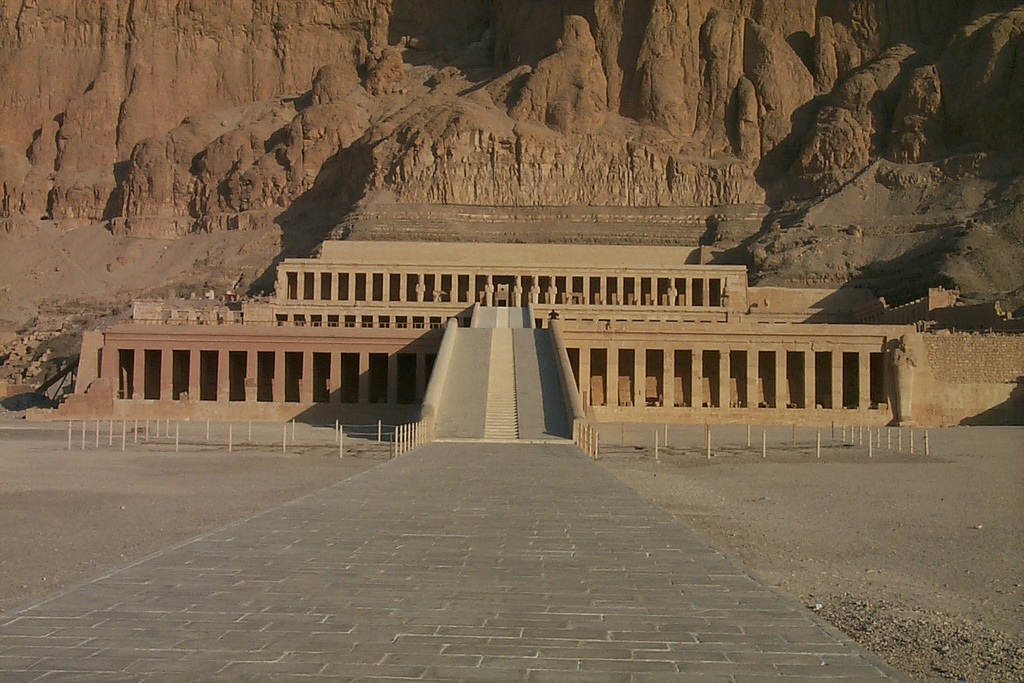 The weather is extremely hot and dry in Luxor, and it’s important to drink plenty of water. It is available outside most tourist sites, but it’s essential to check that the bottles are sealed before you open them, to minimise the risk of any stomach upset.

If you can, visit the sites during the early morning, when the temperature is lower and the crowds fewer. You may also like to consider a balloon ride over the ruins.

There are plenty of stalls selling souvenirs, but it’s important to use cash, not a credit card, and you risk offending your seller unless you barter.