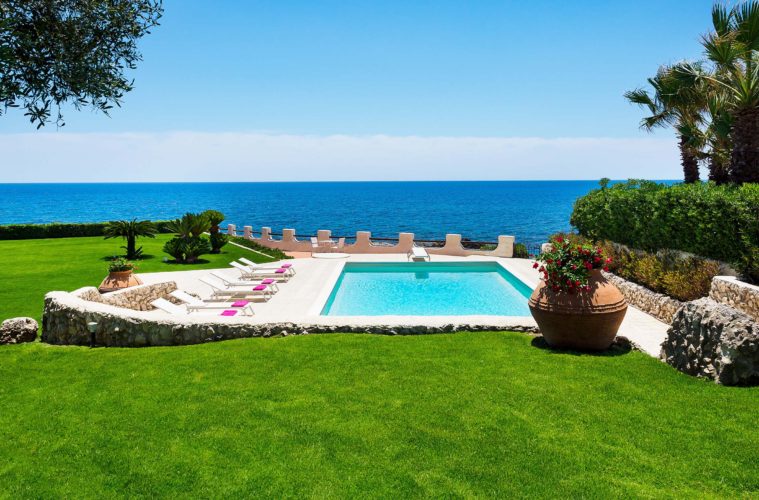 Why You Should Choose Villas In Sicily With Private Pool

Sicily is one of the most beautiful countries in the world. It is the largest island in the Mediterranean and is famous as the birthplace of the Sicilian Mafia. But, this is a country that has been populated for thousands of years. There are still traces of the ancient Greeks, Romans, and other civilisations. All have left their mark on this island.

Today, it offers stunning beaches where turquoise waters lap the seashore and give you a genuine taste of paradise. The island has an array of cultural delights, including UNESCO Baroque churches in Noto and the Valley of Temples in Agrigento.

But, it is also a modern island, with a stunning collection of restaurants, bars, and cafes, allowing you to while away the days without a care in your mind. If you prefer you can enjoy the shopping experience, there is genuinely something for everyone.

With all this, you can be forgiven for wondering why you would want to choose one of these stunning villas in Sicily with private pool. There are several reasons why:

Villas in Sicily | A Chance To Unwind

When you’ve spent a long day sightseeing you’ll either want to refresh before an evening meal or unwind with your own culinary skills or a takeaway at home. While any accommodation will, in theory do, it’s hard to beat the privacy and views of a villa with a private pool. There is enough to keep all the family members happy.

Public pools and even those in hotels offer limited opening hours. But, if you want to enjoy a late-night dip gazing at the stars, you’re going to need your own pool. There is something magical about sinking into the warm water and gazing across the island while everything is illuminated by starlight.

In short, having your own pool means that, no matter how many sites you see, you’ll still go home relaxed and refreshed.

One of the biggest reasons that many people don’t book a villa with a pool is that they perceive it to be expensive. In fact, when you start comparing the price for multiple people, a villa with a private pool is a far more cost-effective solution than you may initially think. In some cases, it’s cheaper than a traditional hotel.

If you’re choosing a villa with a pool then you can be certain that’s not the only luxury extra the villa will have. Hot tubs, spas, and even a gym. This array of benefits is yours to use while you’re in the villa and you don’t need to share them with anyone else.

That’s one of the biggest benefits of any private villa with a pool, the complete lack of competition for the facilities.

It’s also worth noting that, if you have children, you don’t need to worry about how much noise they are making or if they are disturbing other residents. They can relax and have fun, as long as they don’t disturb you in this Sicilian paradise.