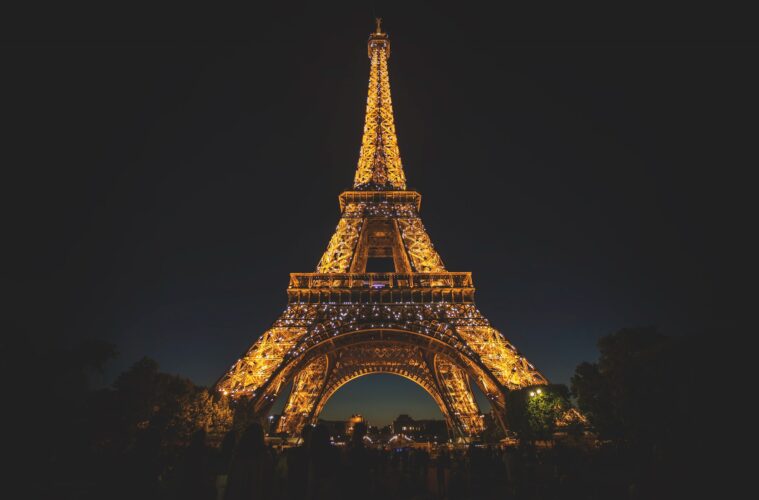 Visiting Paris for the Second Time? Avoid Repeating These Mistakes

Similar to any other country, France has its own set of norms and traditions that govern how its citizens interact with one another. Keeping the common pitfalls in mind can help you have a more satisfying and memorable experience in the City of Light for the second time.

To make the most of your second trip to Paris, pay attention to the list below to avoid mistakes that can ruin your experience.

You should avoid visiting the city in the summer months of June through August. You should wait in line for a very long time at any destination of your choice. Accommodation costs will skyrocket compared to the rest of the year as well.

On a different note, second-timers often take a long layover in paris on their way to other holiday destinations. It’s one of the most enjoyable layover cities to explore, even if it’s for half a day, due to its cafe culture and architecture.

Don’t bring a lot of stuff, especially if you want to take public transportation. Barriers have been put in many subway and train stations, making access challenging. You might even have to carry your luggage up several flights of steps. To avoid hassles on crowded public transportation, pack as little as possible.

Don’t book a hotel outside of Paris’s 20 neighborhoods if you want to be among the city’s famous picturesque alleyways, romantic cafes, and iconic buildings. It is not safe to live in many rural locations.

Traveling to the tourist district is a waste of time, and the atmosphere there will be very different from that in the city’s fringes. Staying in a hotel inside the city borders will make it easy to experience the city’s many attractions.

You can save a lot of money by purchasing a carnet of 10 single-trip tickets instead of paying for each trip separately. The price of a single metro pass is €1.90, whereas a book of 10 passes is only €16.

These books are sold at many locations, including ticket windows, metro station vending machines, and some cigarette shops. Keep your tickets safe because you’ll need to swipe them at the exit gates at some stations.

As you already know from your first trip, France uses a different type of plug and voltage than the United States. Nothing beats the annoyance of getting to a new place and scrambling to find an electrical outlet to charge your electronics. This international adapter is a fantastic investment because it may be used in the European Union, the United Kingdom, the United States, and Australia. It’s recommended that you always keep a pair of them on hand.

Pack some comfy walking shoes unless you’re headed to Paris on Fashion Week.

Wear flats, shoes, or sandals because you’ll likely be on your feet for several hours each day. If you’re concerned that you won’t blend in with the fashionable Parisians, bring a pair of black sneakers that you can wear with nearly everything. One of the big mistakes to escape in Paris is this, particularly if you want to stroll through some of Montmartre’s charming small cobblestone lanes.

Never go into a shop or, as the French would say, a “magasin,” and remain silent. This is really impolite and will not endear you to the proprietor in the slightest. A simple “bonjour” might do, and it can go a long way toward improving your experience in the store.

As for the widespread (mis)conception that Parisians seem rude, it couldn’t be further from the truth. Instead, Parisians and the French usually tend to be quite straightforward.

As you have visited France once, you might already know some eating culture there. To make sure you do not forget them, go through the tips below:

Throughout the city, you’ll also see signs proclaiming, “eau potable,” meaning that the water is fit for human consumption. Fill up your water containers and use that cash for a nice bottle of wine instead! By limiting your use of disposable plastic items, you are also helping to preserve our environment.

When Parisians are commuting to and from work, using the metro may be a total nightmare for visitors. There are lots of people, and the atmosphere is hectic. If you can, avoid being here between 8 and 9 in the morning and again between 6 and 9 in the evening. In doing so, you will relieve a lot of pressure on yourself. Take care of your belongings on the metro because pickpocketing is frequent, but don’t stress yourself.

Try to “lose” yourself while revisiting Paris if you haven’t the first time. Besides visiting the Notre Dame, Eiffel Tower, and the Champs Élysées, enjoy the tiny streets with covered arcades full of exciting things to see. Spend some time sipping coffee or spending an hour people-watching at a bar. Embrace the ambiance. You can see more of Paris than you would if you only went to the popular tourist attractions for sure.

Paris is unlike other cities where everything is open nonstop; many establishments have unusual hours. In August, when many Parisians take their annual holidays, this is certainly true. Double-check your destinations’ official websites to see if the hours change with the seasons.

Don’t try and squeeze too much into one day just so you can cross things off your list. When visiting Paris, it’s best to take things slowly so you may take in all of its splendor. If you’re not into art, there’s no need to visit the Mona Lisa. You should use your time more enjoyably, as this is your vacation.

Comfortable shoes, clothing, and accessories are always welcome on vacation, but you won’t see somebody strolling the streets of Paris in a pair of flip-flops or a hoodie. Dress up, have fun, and leave the swimwear at home; certain eateries may have a dress code.

Though the public transportation system in Paris is second to none, walking is the ultimate method for learning about a new place. That way, you can see a lot more than the first time without worrying about being harassed by other vehicles, finding a parking spot, or sitting in traffic.

15. Being Aware of the Scams

The following are only a few of the many common and simple frauds that exist in Paris.

All of these are easy, even obvious, blunders to avoid when visiting Paris. Being practical is key. Even if you just remember half of the aforementioned tips, you can have a new appreciation for Paris and have a wonderful time there without any issues.