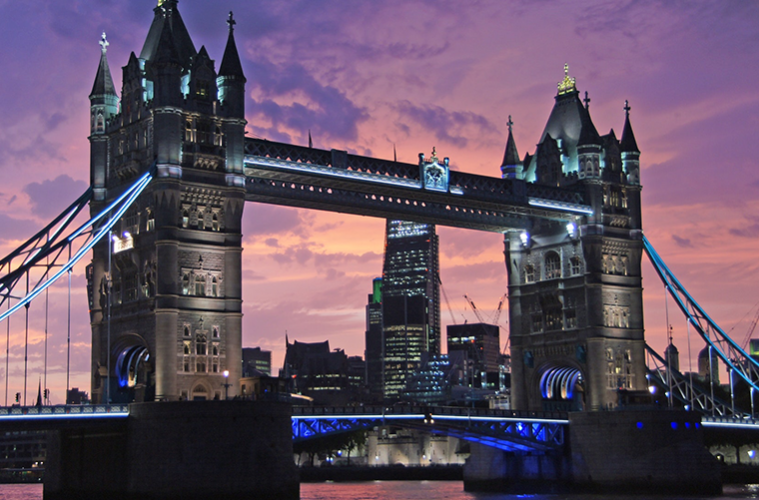 As an island nation with a network of rivers flowing from high peaks to large estuaries, it comes as no surprise that the UK has had to span numerous valleys and river mouths all in the name of easing transportation. As the birthplace of the Industrial Revolution, building bigger, wider and grander was very much the ambition in the late 1800s and into the 20th Century. The result is some of the country’s most beautiful bridges and structures, some of which can be accessed on foot.

Britain’s longest river, the Severn, after flowing down through the English-Welsh border opens up into an estuary hosting one of the world’s largest tidal ranges. As a result, with the river creating a vast expanse of mud flats and a fast-flowing current, the need to span the 2 miles from Aust in England, to Chepstow in Wales required robust engineering. The result is the Severn Bridge, a structure of suspension design opened in 1966 and allowing road traffic to avoid the arduous journey inland to Gloucester, before then heading south again into Wales. A second and longer bridge was built further downstream 30 years later but unlike the original did not implement a public footpath. Walking the old Severn Bridge brings spectacular views of the river banks as well as access to Chepstow’s town centre and Castle. Either side, the industrious nature of the Avonmouth Docks, with its wind turbines, container ships and car lots, combined with similar scenes opposite at Newport demonstrate just how important the waterway is as an access point to the UK economy and provides opportunity for stunning panoramic viewing between two of Britain’s home nations.

In a similar vein to the Severn, the River Humber also hosted large-scale industry for the northeast of England. With a landscape still peppered with chimneys, flues and monumental warehousing, Humberside still evokes a neglected incarnation of a bygone economy for the city of Kingston upon Hull. Still, with the ever-present need for transport across the river, the Humber Bridge of 1981 is perhaps the most relevant piece of infrastructure in the area. At one time the longest bridge of its type in the world, it stretches almost 1.5 miles from the town of Hessle, south to Barton upon Humber. Public access is by two generously wide walkways facilitating pedestrians and cyclists between the East Riding of Yorkshire and North Lincolnshire in addition to road traffic. Local landmarks and points of interest are aplenty in Barton to the south with windmill relics, Victorian architecture and St Peter’s Church, an English Heritage site with origins reportedly from the 9th Century. This is in addition to the bridge itself, whose towers stand gloriously against flat land surrounding it and curiously further apart at the top, than the bottom owing to the curvature of the Earth. Views of Hull on a clear day extend to the port at the river mouth as well as the city’s Maritime Quarter and Minster.

A previous piece on the delights of Newcastle upon Tyne’s night-life highlighted the extent to which Geordies have crossed their city’s river. No fewer than 7 bridges carry road, rail, utilities and pedestrians between the two steep banks at Newcastle and Gateshead and whilst the Tyne Bridge, with its distinctive green hue and the Gateshead Millennium Bridge are arguably the most iconic, it’s the High Level Bridge further west that offers the best walking experience. Opened in 1849, the bridge allows traffic on two levels to simultaneously cross the river below. Walking through the narrow walkway between a network of girders, it can be somewhat exhilarating to feel the rumble of locomotives above on the top level, in addition to the (now limited) road traffic on the lower level. Being no further than half a mile from the city centre, the Victorian bridge provides meaningful access for the public in a thriving urban landscape as well as fantastic views, intriguing history and unique walking for visitors to one of the north’s greatest cities. 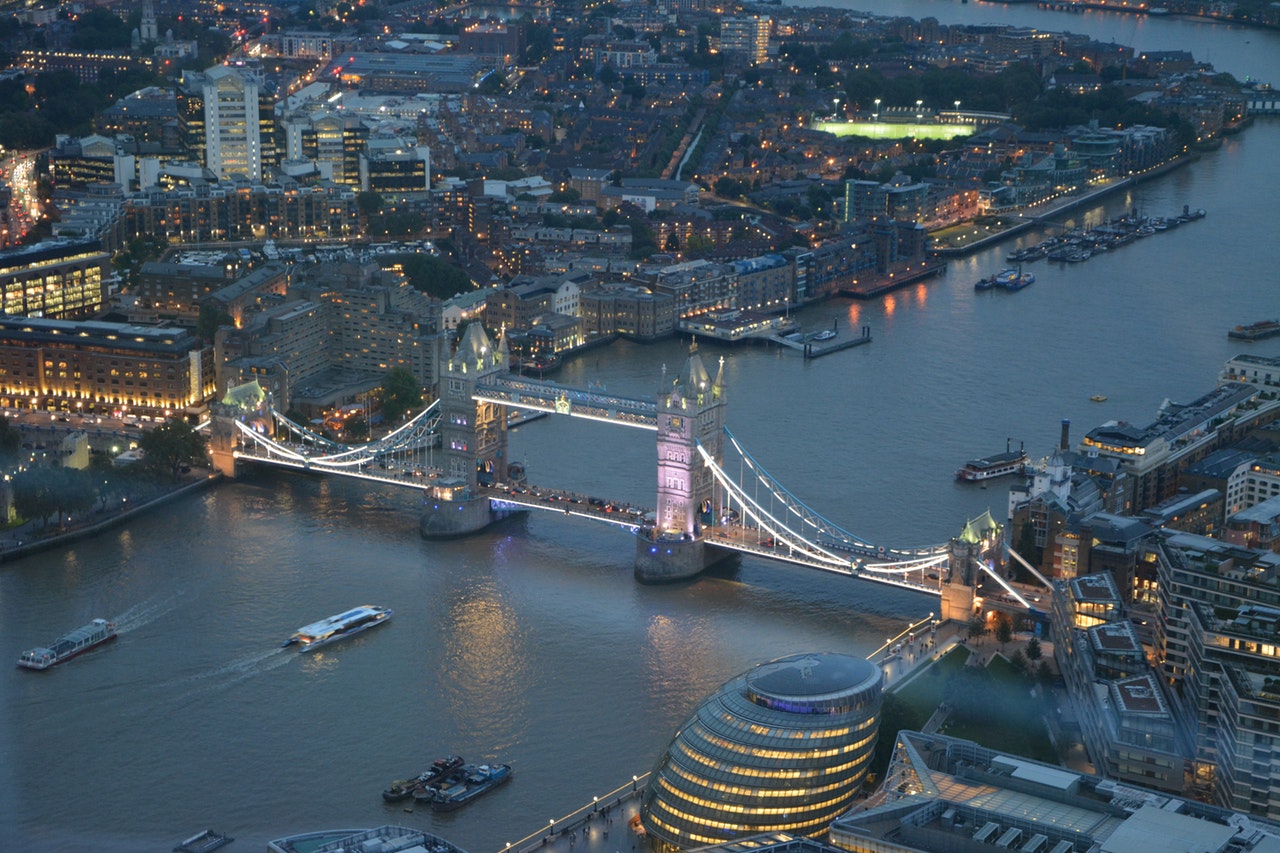 The River Thames has over 200 crossings between its source in the Cotswolds and the mouth at Southend on Sea but none are more impressive, iconic and world-renowned than Tower Bridge in the heart of London. Over 120 years, the structure has been through key moments in Britain’s history starting with the tail-end of the Industrial Revolution, the death of Queen Victoria, two World Wars and numerous celebrations for the current Queen Elizabeth II. In addition, illegal fly-pasts, occasional sheep droving and countless lifting of its decks have seen the landmark hit the headlines across the globe and as a result draws in millions of tourists to the capital every year. Making use of the pedestrian access is a must as part of any sightseeing tour of London, with the city’s contemporary skyline displayed impressively from the western side. Whether you opt for the free option, across the main deck or the paid option along the upper walkways and through the Tower Bridge Exhibition, it is impossible not to revel in the history of arguably the most famous bridge in the world.