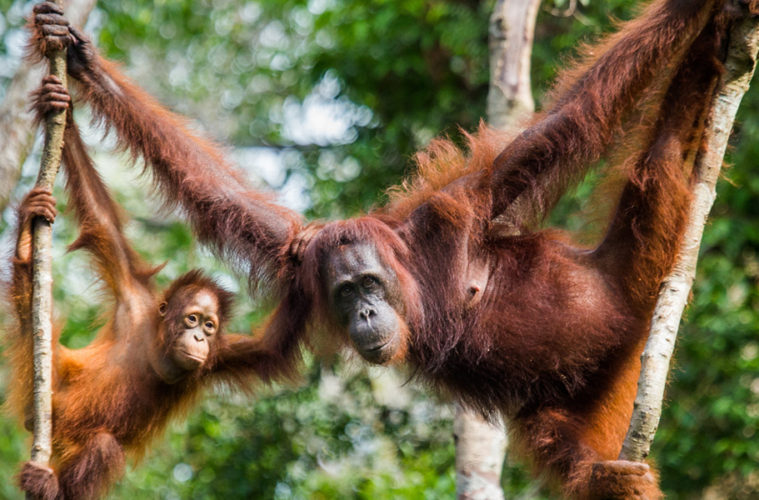 Borneo is a unique island in Southeast Asia. Shared between Malaysia and Indonesia whilst next door to neighbour Brunei, Borneo is made for adventure travellers’. Dense ancient rainforest, tropical micro-climates and mystical mountain peaks all combine to make Borneo one of the most visually attractive places on the planet. And that’s not even including the split of white sand and diamond-blue sea that makes up their beaches!

With all that in mind, the chance to witness the rich wildlife compels most visitors. And you don’t have to look far to find it either.

Where most travellers will choose Thailand to get their sights on Asian wildlife, it’s a crime that Borneo isn’t the first thought. Then again, if you want experiences to be more personable, Borneo’s wildlife provides just the opportunity.

Borneo’s prime attraction is visiting its famous Orangutans. At the Sepilok Conservation Centre, Orangutans are allowed to freely roam within the conservation jungle area. It’s also a prime visitor spot, with international travellers coming from all over the world to get a glimpse of these fascinating apes.

Whilst you’re roaming around the area, always remember to look up. You’ll definitely see an Orangutan nest or two, but if you’re lucky (and quiet) you might get a peek of one making its way through the towering lush trees above.

Did you know that Orangutans share 97% of its DNA with humans?

Although they stand in the shadow of the Orangutan, the Sun bears of Borneo are a thrill to see. A unique creature found in Southeast Asia, get their name because they mostly sleep during the day, and become active at night. They are also known for their comically long tongues. At Sepilok you’ll get a close up of these nocturnal bears from above, creating a perfect frame for a photo.

If you’re travelling independently and staying in Sandakan, Sabah then there are four public buses that go directly to the Sepilok Conservation Centre. This takes 45 minutes that cost less than £1. It’s best to check with your hotel or local information centre as timetables can change.

Alternatively, a taxi only takes 20 minutes from Sandakan and will cost around £10.

From the capital Kota Kinabalu, it takes around 5 hours via bus at the Jalan Sepilok junction in the centre.

Flights from Kota Kinabalu to Sandakan only take 45 minutes.

Monkeys, Crocodiles and Bird’s in the Kinabatangan River, Borneo 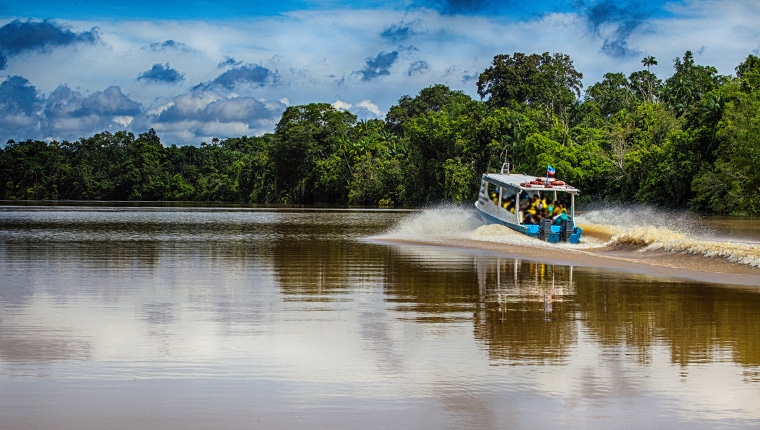 Borneo is locked with the Orangutans as their premium wildlife attraction, but the wildlife you can see by the Kinabatangan River is a true adventure. The second longest river in Malaysia is home to an ample amount of wildlife. Think of a wildlife safari mixed with a pampas trip down the Amazon in South America, this is what the Kinabatangan entails.

From estuarine crocodiles, proboscis monkeys and hoards of different hornbill bird species – to name a few – the Kinabatangan River is thankfully still untouched allowing wildlife like this to flourish. If you’re lucky you might even encounter a Pygmy elephant rustling through the long shards of riverbank grass. Don’t be surprised whilst at your jungle camp that you might get some curious visitors such as monitor lizards or flat-headed wild cats, too! Taking a river cruise both during the day and at night is the best way to see the natural beauties of the Kinabatangan. 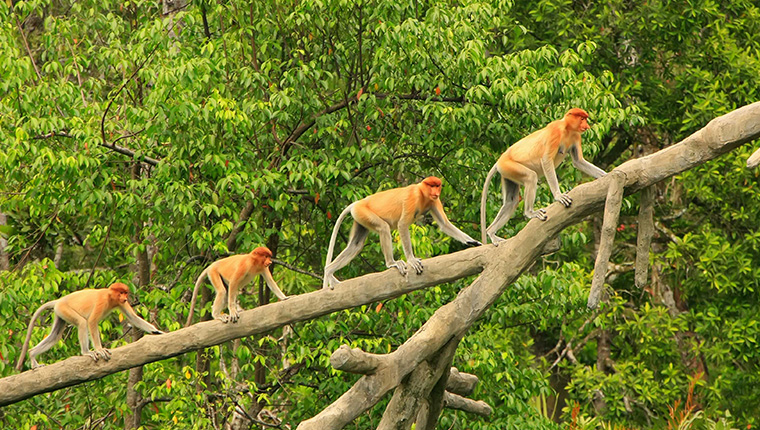 The wildlife is undoubtedly the prime attraction, but being within the jungle and all the feelings that go with it, is an ultimate escape. This is suitable for people who love an adventure, and who are willing to disconnect from the real world, including the use of smartphones and WIFI!

The Kinabatangan River is 350 miles long and is home to several riverside lodges. It will depend on where you choose to stay.  Expect to travel via bus and boat to get here from Sandakan.

From Sandakan airport, it can take around 1h 30 minutes to entrances of the Kinabatangan.

Libaran Island is home to the Walai Turtle Conversation Park. It is here that locals and volunteers preserve several turtle species from natural predators, environmental accidents or human-intervention. They control turtle hatchings and provide a safer passage for turtles to filter into the sea. This happens at night but under the supervision of the conservation staff. It’s a fantastic experience to witness these adorable turtles venture off following the moonlights. 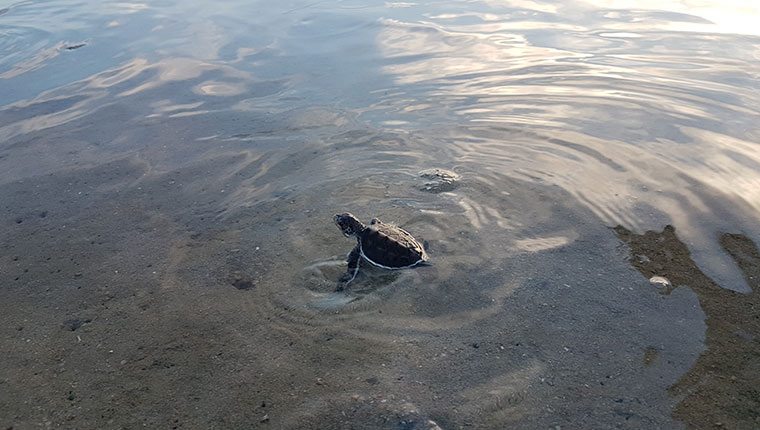 Staying in Libaran Island is best by glamping on the beach by the sea. There are options to go kayaking and snorkelling nearby too.

Libaran Island is also home to the Bajau people, who are commonly nicknamed ‘sea gypsies’. Living in their own villages on Libaran – an island that has no cars – the Bajau depend on the sea of all their living resources.

From Crystal Quest Sdn. Bhd Sandakan Sabah Park Jetty it takes around 45 minutes via speedboat to get to Libaran Island. Depending who you are staying with on Libaran Island, transportation will be arranged.