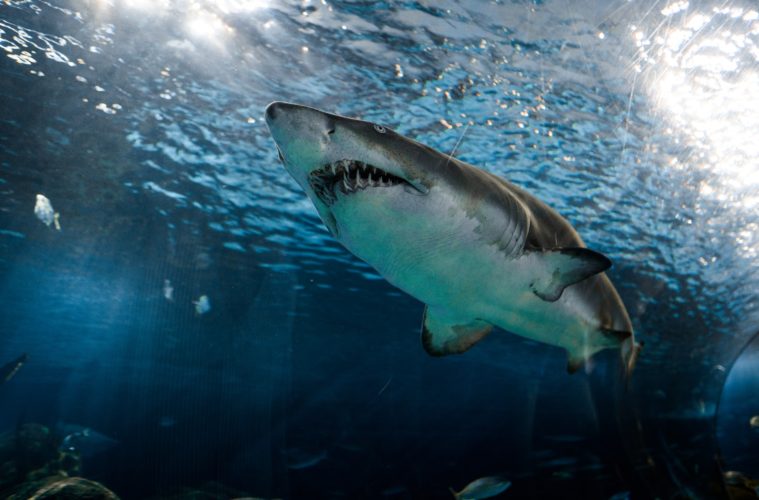 Is it possible to survive a shark encounter?

For many of us, the idea of a shark encounter is unnerving. We think of sharks, and a scene from Jaws follows. But despite the masterpiece born out of Spielberg’s imagination, sharks are actually, well…misjudged.

There are so many types of sharks. But the bigger and scarier ones have painted all the others with the same brush. Don’t get me wrong, they really can be terrifying, and I certainly wouldn’t want to have a shark encounter. But it’s important to acknowledge their complexity as a species and their importance to the food chain.

There are over 400 species of sharks, some eat plants, some are surprisingly small, and some can reproduce without a mate. Needless to say, they’re deserving of a more nuanced conversation.

But despite knowing all this, sometimes you can’t help letting your imagination get the better of you when you first dip your toes in the sea. So a question worth knowing the answer to, because why not, is what do you do if you find yourself confronted by a shark?

Well first of all, it’s worth noting the likelihood of a shark encounter being fatal. There’s a difference between seeing a shark and being attacked by one. Tiger, Great Whites and Bull sharks are the types most likely to attack you upon encounter. Your chances of being killed by a shark are 1 in 3.7 million. Now how’s that for reassurance?

But to be on the safe side, avoid swimming in places like river mouths, bodies of water where fishing boats are, and swimming notably early or late during the day.

If the improbable does happen

You’ve managed to avoid all those vending machines and champagne corks throughout your life, and yet somehow, you’ve still found yourself faced with a nasty Great White. What do you do?

First and foremost, stay still and do not panic. Easier said than done. But seriously, the more you splash about and panic, the more you’re going to intrigue the shark. And the only way sharks can find out more about something that intrigues them is with their mouth.

If it’s just swimming past you, curl up small. It’s more likely to swim past you if it doesn’t see you as a threat or simply doesn’t notice you.

However, if it’s actively preying on you, make yourself big and maintain eye contact. The bigger you are, the more it will ‘respect’ you. Maintaining eye contact (even if it’s circling you) means it knows you’re watching it, which will hopefully put it off because it knows it can’t attack you by surprise.

If you can, really slowly try to back away from it without splashing or breaking eye contact. And remember, big sharks can swim shallow. So, whether you’re backing away to the surface to find a boat or to the shore, take it slow and steady.

But if you find yourself unlucky enough for the shark to be in full attack mode, your best chances are fighting. Use anything you have with you as a weapon, and if you don’t have anything with you, your best shot is hitting it in the gills. You can go for the nose, but that puts you into closer proximity with its mouth ­– the thing you’re trying to distance yourself from. Their eyes are a good shout too.

On the whole, you want to avoid a shark that’s clearly in attack mode. You may be able to get out unscathed if it’s not in attack mode. If it is, all you can do is give them a hard time. But the good news is that it’s pretty unlikely to find yourself in this scenario, humans are a bigger threat to them than they are to us. So try not to worry too much.