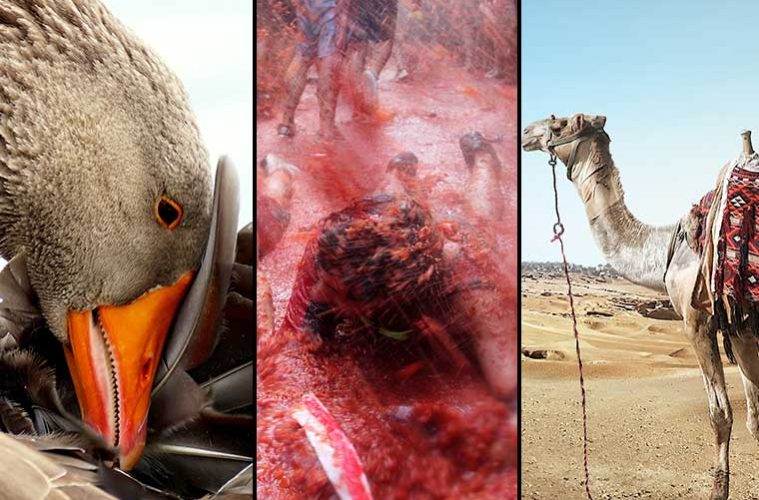 Five strange customs from around the world

When in Rome, do as the Romans do, so it is said. But before you take that advice, it’s worth checking what the practices and traditions of your chosen destination are. Failure to do so could see you participating in customs that include drinking the ashes of a deceased tribesman in Venezuela or baby jumping in Spain.

We look at five strange customs from around the world.

In a scene redolent of the Wood Beast challenge in Flash Gordon, when our hero plunges his hand into a hollow stump, home to a deadly alien scorpion, Brazil’s Satare Mawe tribe’s initiates its young men. They prove their bravery and strength by placing their hands in a basket filled with angry bullet ants. The bites they sustain are extremely painful.

La Tomantina is the biggest tomato fight, ever. This Spanish custom sees Valencians in Bunol use tomatoes as weapons. It’s held every August, on the last Wednesday of the month and people travel from across the world to take part. Numbers are limited to just 20,000 people, so if you’re behind in your application to participate, best ketchup now to secure your place.

Germany has a smashing custom, literally. The Polterband sees families and close friends of the bride and groom gather before the wedding and then break plates, vases, cups but not glasses. Once the place has been smashed up, the couples work together to clear things up, representing the unity and hard work needed to make their marriage work.

Camel wrestling is a spectator sport in Turkey. Watching two male camels fight is apparently enjoyable. The animals aren’t injured and the audience is safe, although asked to stay away from the camels throughout the match. When camels are agitated, they discharge a very sticky saliva that smells disgusting. Being covered in that would give any audience member the right hump.

Back in Spain, the well-known custom Antzar Eguna, or the day of the geese is no longer practiced using a live goose, because of animal rights concerns. Traditionally however, a goose would be covered in grease and tied very high above a body of water. Men jump from their boats in an attempt to grab the goose and in doing so rip its head off. This custom is to demonstrate their strength, agility and stamina, making them eligible to marry. Assuming of course their chosen woman loves a man who can decapitate a goose.

So those are five of the weird and wonderful ways of the world. A final mention must go to Tenerife where dates in the Christian calendar such as Lent and Advent coincide with the burial of a sardine, complete with a funeral procession of mourners in black.